The year Troy Cassar-Daley lost his father was the year he toured with his daughter - those recordings are a lesson in catharsis and going 'full circle'.

Back in early 2019 – when Corona was still a beer and Zoom was still the noise a rocket made – everything was already falling apart for Aussie country music star Troy Cassar-Daley.

In a devastating blow, his father took his own life. Then one of his oldest mates followed suit. Struggling to deal with the losses, Cassar-Daley was withdrawing and his marriage was bearing the brunt of it.

Meanwhile, he was on an 80-town, 12-month tour of Australia accompanied by his budding muso daughter Jem – his apprentice, learning the family trade.

All the while, every gig, every soundcheck on the tour was recorded, providing Cassar-Daley with an unlikely, sobering ‘diary’ of a very difficult year in his life.

“I listen to some of the shows and knowing what I was going through, I sound rattled and emotional,” Cassar-Daley tells AAP.

“(At the time) I kept asking myself why I couldn’t help them. All you wanted to do is try and help them.”

But while listening back to the raw emotion in some of those performances is confronting, Cassar-Daley says as a performer and an artist, there was also an element of catharsis in exploring his pain with his craft.

“Half of it for me was trying to write songs and trying to express what I was feeling,” he says.

“But also … music has always been both a place to hide and a healing force for me.”

Cassar-Daley has hand-picked 50 of his favourite performances from 50 of the 80 towns he visited to compile one album which tells a story of his journey – of grief, family and recovery.

“I said to myself while I was listening to those tracks that, ‘I am glad I’m on the other end of it now’,” Cassar-Daley says.

“To be able to put them into a collection is a big part of the healing process.”

While they could never have anticipate how crucial it would become, having Jem with him on tour gave Cassar-Daley much-needed comfort.

“Her mother and I – we love her dearly but you don’t realise the love they give back until you need them like this. She was really, really supportive,” he says.

“She was fully aware of what I was going through … I was retreating – I didn’t know what else to do – and she understood why.”

Touring with her grieving father for 12 months – especially as the pandemic hit – would have been a tough ask for any teenager.

But it was always going to be a make-or-break point for the young musician.

“Twelve months on the road will sort you out one way or another,” Cassar-Daley laughs.

“I purposefully booked the places that had affected me in my life.There were some full circle experiences where we went back to places … I came through at around about the same age.

“I was doing it for her but inadvertently I got as much out of it as well. I didn’t realise how much I got out of it until I listened to it all again.”

50 Songs, 50 Towns is out on digital release, with the CD album to be released on August 12. 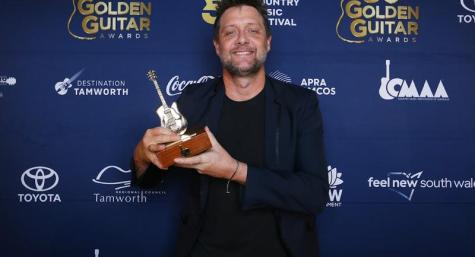 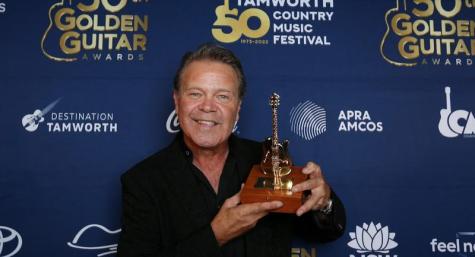 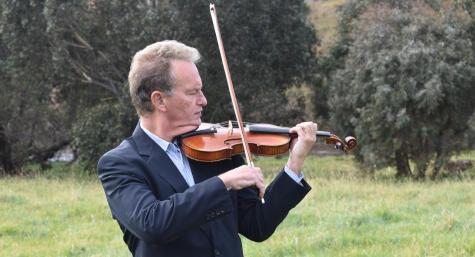