An online calculator developed by Australian scientists could help cancer patients know which treatments are best suited for them and ultimately save lives.

A new online tool developed by Australian scientists has the potential to save cancer patients a lot of heartache as well as their lives, by letting their oncologists know which treatment suits them best.

The Immunotherapy Outcomes Predication calculator was developed by researchers at Melanoma Institute Australia and validated using data from more than 1500 advanced melanoma patients from Australia, Europe and the United States.

It was collected using blood tests and imaging – mostly CT and PET scans – of the metastasised area of the body.

The data was put in the calculator to accurately forecast clinical outcomes for patients treated with immunotherapy, which harnesses the body’s own immune system to fight the cancer cells.

Lead project researcher and medical oncologist at the institute Ines Pires da Silva said the online tool paved the way for a personalised medicine approach that works for melanoma patients in consultation with their doctor.

“It’s very important to identify who are the patients that will benefit from available immunotherapy prior to starting them on treatment,” she told AAP.

“It’s also critical because it allows us to identify those who don’t respond and we could save some time and find some novel treatments in a clinical trial,” she said.

Nicholas Sykes, a 31-year-old data analyst from Sydney, with a history of melanoma in his family, was lucky enough to be part of the 50 per cent group.

He was first diagnosed with melanoma in 2018 and it spread to his lung last year, when he immediately started on combined immunotherapy.

“Having an advanced melanoma, particularly at such a young age, turns your life upside down,” he said.

“But having to wait and see if the treatment would work was harrowing”.

“If the … calculator had been available when I was starting my treatment it would have saved us the anguish of just knowing if the treatment would work”.

University of Sydney Associate Professor and medical oncologist Alex Menzies, who treated Mr Skyes, noted the calculator removes the “the one size fits all approach to treatment will improve outcomes and ultimately save lives”.

For Dr da Silva and her colleagues, they are hoping to scale up their invention and build a complete genetic picture of patients that can be accessed by oncologists anywhere.

“Any new patients that come to my clinic or anyone’s clinic around the world will have those features to predict (the best) treatment. It can be used by any oncologist in the world,” she said.

The Brumby Dump: nuclear compounds stolen from the back of a ute 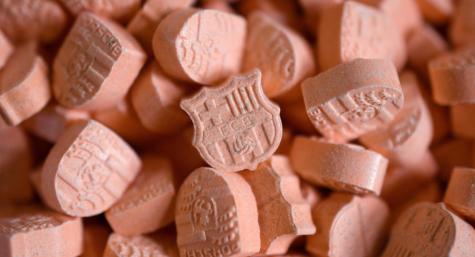 Can you detect cancer with one 10-minute saliva test?