When Australia sends vessels into the South China Sea, is it a brave assertion of freedom of navigation or about gathering intelligence?

As more dangerous interactions between Australian and Chinese military forces occur in the South China Sea, it’s important to explore what the legal basis is for Australia’s activities — and what neither the government nor the media reveal about them.

Defence Minister Richard Marles says Australia is acting in accordance with international law when conducting naval and aviation activities in China’s exclusive economic zone (EEZ). Just so — there is no doubt that EEZs around the world are international waters.

EEZs encompass waters extending up to 200 nautical miles (approximately 340 kilometres) from a country’s shores. Under the 1982 United Nations Convention on the Law of the Sea, a coastal state has the right to regulate economic activities (such as fishing and oil exploration) within its EEZ. China has ratified the convention, established its own EEZ, and also recognises those of other states.

But the United States has not ratified the convention — the only major maritime power to not do so. However, it says it will act in accordance with its provisions. And it established its EEZ within 200 nautical miles of its coast and also recognises the EEZ of other states. 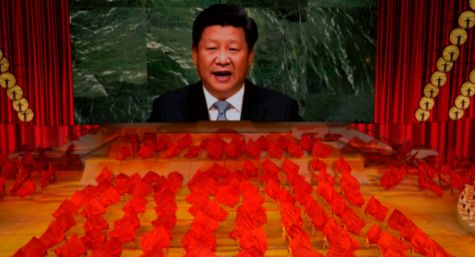 More to the point, the three major regional maritime powers friendly to Australia — India, Indonesia and the Philippines — agree with China.

For example, in April last year, the US 7th Fleet carried out a freedom-of-navigation operation in the EEZ of Quad partner India. India objected, saying the convention “does not authorise other states to carry out in the EEZ and on the continental shelf, military exercises or manoeuvres, in particular those involving the use of weapons or explosives, without the consent of the coastal state”.

So what benefit do we get from upholding the US approach to EEZs, especially given the potential to upset key regional powers we want on our side? An expert from the US Naval War College who testified before Congress in 2009, said if it accepted the position of China, India, the Philippines and Indonesia on EEZs, the US would be forced to conduct military operations from more than 200 miles offshore.

That would significantly reduce the range of US sensors and missiles, making intelligence-gathering much harder and making it much more difficult to deploy US marines and their equipment in amphibious assaults. America’s ability to project naval and air power would face limitations not only in the South China Sea but also in other EEZs such as the Persian Gulf. Its ability to use the world’s oceans as a medium of manoeuvre and global power projection would be threatened.

This approach has consequences. China has begun to conduct intelligence-gathering and presence operations in other countries’ EEZs, including Australia’s, justifying its behaviour by saying that it would not do so if Australia adopted its own position on the sovereignty of EEZs. Australia can have no complaint if China adopts the very behaviour we’re engaging in.

The real nature of the dispute over EEZs is rarely, if ever, made clear by the Australian government. The presence of Australian vessels and aircraft in the South China Sea is always explained in vague terms as about “freedom of navigation”, without saying what that actually involves — dropping sonobuoys to identify Chinese submarines and ships in order to destroy them at the start of hostilities. Instead, Australian vessels and aircraft are portrayed as innocently exercising their rights under
international law in the face of a belligerent power.

Australian media rarely deviate from the government line. In foreign media, however, it is relatively normal to note that there is a fundamental dispute between the US and China over what conduct is permissible in EEZs.

Australians deserve to be told what the objective is: to uphold America’s desire to project power in every EEZ in the world, not just the South China Sea. Otherwise they will continue to be misled if or when a clash occurs. 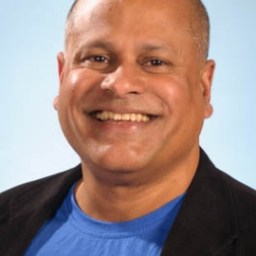 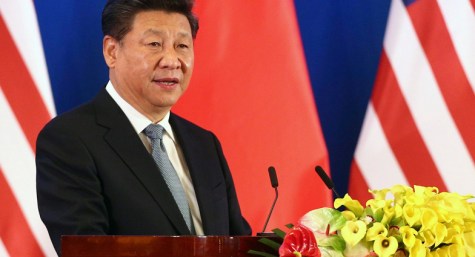 Why the tensions over the South China Sea?

What has changed since we prostrated ourselves before the Great White Fleet in 1908? We were an imperial outpost then and we are an imperial outpost now. Of course the media, the security establishment, the foreign affairs elite, and their parliamentary poodles don’t mention this. They don’t need to mention it. It goes without saying.

“…. But it’s different when we do the wrong thing. Because we’re allowed too.”

It’s a melanin thing, inverse rights ratio – more of one=less of other.

As with many of the media, in their attitude against Assange (“not a journalist”? As judged by an egocentric media that won’t call out and hold those of their “journalist” cohort, responsible for campaigning for the Coalition and against teals, Labor and The Greens, to account), I find it rather disturbing to see a “club” – whose ostensible raison d’etre to be “holding the powerful to account” – falling in to toeing the propaganda line.

To be willing to do their part in feeding such cultivated ignorance – with the consequent attitudes from the other side (in retaliation to our “actions and attitude”) – feeding an escalating vortex of misunderstanding (on both sides), that can’t be readily reversed.

Yes the populous are well and truly misinformed. Keep prodding and maybe China might give us a show by sailing down past Perth and around through the Bass Straight and up the east coast. Maybe inside the Great Barrier Reef and through the Torres Straight.

Would this comply with the 1982 United Nations Convention on the Law of the Sea?

Robert A
Reply to  Maroochy

China, with now 5 rather large aircraft carriers, they may well be on the way to “rule the waves” & endeavour to do a round Australia cruise.

Epimenides
Reply to  Robert A

They are for show, left over 20thC pomp & circumstance.

The larger the carrier, the larger & slower the target for swarms of cheap drones, air & submarine.

Preferably made of rock, soil with sufficient life to meet servicing requirements.

Not a bunch of seasick sailors sealed inside tin cans, waiting…waiting….

Dear Maroochy China will go on doing whatever it can get away with, as always, creating fictional “ nine-dash-lines” to suit themselves. They withdrew from UNCLOS as soon as it ruled against them ( as it clearly should have) and in favour of the Philippines. This article has not covered UNCLOS & China’s history of territory grabbing from Vietnam, the Philippines, & all nations near the South China Sea. They omit the context & the fact that every nation near China is wary & no doubt carrying out surveillance on China because China ignores international law & sovereignty. Just ask the Tibetans ( yes, I went to Tibet & spoke to many).

Thanks for the explanation, which as you say is rarely, if ever, published to plebs like us. It certainly reveals at least part of the reason China has the sh*ts with us and the US. It also explains what many consider it provocative. And it makes clear that Mr Potato Head, now leader of the opposition, is a blatant hypocrite for the disgraceful song and dance he made a about a Chinese navel ship miles off the WA coast during the later stages of the election campaign

Given the approach that military and intelligence operations are no allowed within an EEZ, that would there exclude a right of navigation for any naval vessel within an EEZ because these ships are absolutely loaded with communications and intelligence gathering equipment, software and systems; ie unless the vessel is invited to sail in the EEZ.

Roberto
Reply to  Been Around

Can’t be too hard on our poor SpudHead. Hard to condemn someone with an IQ lower tan 50.

Been Around
Reply to  Roberto

He shall be Spud Dutton henceforth.

Epimenides
Reply to  Been Around

Why not? They already sail past Darwin. And now we know why? Why didn’t we know why? Well because ‘our Govt’ wasn’t allowed to tell us why.

The Chinese ship had also stopped into Garden island for repairs, so nothing sinister just LNP scare mongering…..again