The US will lift its requirement that air travellers to the country take a COVID-19 test before boarding their flights while infections have risen in the UK.

The United States is set to end a requirement that people arriving in the country by air test negative for COVID-19 while health data in the United Kingdom indicates coronavirus infections may be increasing again.

A US official said the country will drop the 17-month-old requirement from Sunday, a move that follows intense lobbying by the airlines and the travel industry.

A formal announcement will be made later on Friday.

The step comes as the busy northern hemisphere summer travel season is kicking off and air carriers were already preparing for record demand.

Airlines have said many people in the US are not traveling internationally because of concerns they will test positive and be stranded abroad.

The Centers for Disease Control and Prevention (CDC) has determined that data shows the pre-departure COVID-19 tests are no longer necessary, said the official, who declined to be named.

The measure will come into effect on Sunday and the CDC will reassess the decision in 90 days, the official said.

In December the CDC tightened the rules to require travellers to test negative within one day before flights to the US rather than three days.

The CDC has not required testing for land border crossings.

The official said, “If there is a need to reinstate a pre-departure testing requirement – including due to a new, concerning variant – CDC will not hesitate to act.”

Many countries around the world have already dropped testing requirements.

The CDC is still requiring most non-US citizens to be vaccinated against COVID-19 to travel to the US.

Two officials told Reuters the administration had considered lifting the testing rules only for vaccinated travellers.

American Airlines Chief Executive Robert Isom said last week at a conference that the testing requirements were “nonsensical” and were depressing leisure and business travel.

Meanwhile, figures suggest COVID-19 infections in the UK are no longer falling, with some parts of the country showing early signs of a possible increase.

The rise is likely to have been caused by a jump in infections compatible with the original Omicron variant BA.1 along with the newer variants BA.4 and BA.5.

It comes as separate UK figures indicate the recent drop in the number of people in hospital with COVID-19 may also have come to a halt.

A total of 989,800 people in private households in the UK are estimated to have had the virus in the week ending June 2, up from 953,900 the previous week, according to the Office for National Statistics (ONS).

It is the first time total infections have risen week-on-week since the end of March, when the number hit a record 4.9 million at the peak of the Omicron BA.2 wave.

All four parts of the UK have registered a slight rise in the prevalence of the virus although the ONS describes the trend in Scotland and Wales as “uncertain”.

Omicron BA.1 is the original variant of Omicron that caused a surge in infections across the UK in December and early January.

BA.4 and BA.5 are newer variants that were recently classified by the UK Health Security Agency as “variants of concern” after analysis found both were likely to have a “growth advantage” over BA.2, which is still the dominant strain in the country.

Separate figures show the recent fall in the number of people in UK hospitals with the virus may have come to a stop.

The data showed 4082 patients in England had COVID-19 on June 9, up 6 per cent on the previous week, while in Scotland 637 patients were recorded on June 5, the latest date available, up 8 per cent week on week.

Patient numbers across the UK remain well below the peaks reached during previous waves of the virus.

with reporting from PA 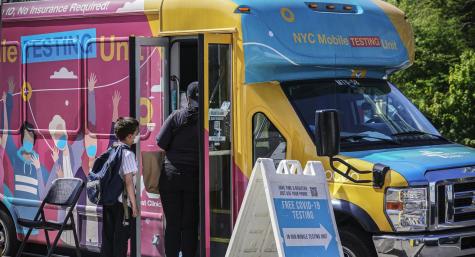 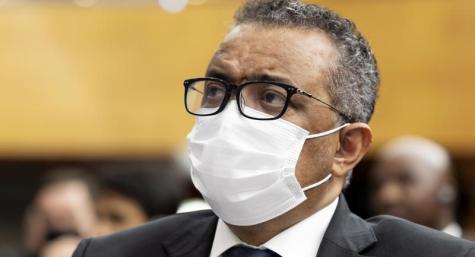 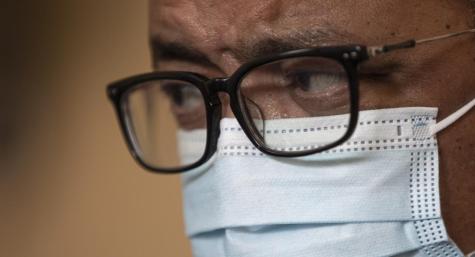