A two-day official visit to Indonesia by Anthony Albanese has aroused the interest of the US, with Penny Wong speaking to her counterpart Antony Blinken.

Foreign Minister Penny Wong has held talks with US Secretary of State Antony Blinken, with the pair pledging to strengthen relations through the Indo-Pacific.

The pair spoke on Tuesday night, following bilateral talks between Australia and Indonesia.

Senator Wong was part of a large Australian delegation visiting the Asian nation alongside Prime Minister Anthony Albanese for the two-day trip.

A US readout of the meeting said the two foreign ministers spoke about the upcoming G20 meeting being held in Bali in November.

With Indonesia hosting the G20 this year, Mr Albanese said the summit represented a major opportunity for the country.

Australia has pledged to attend the meeting, despite Russian President Vladimir Putin also going to the summit following the invasion of Ukraine.

“The secretary reaffirmed the United States’ commitment to strengthening economic opportunity, resiliency and freedom across the Indo-Pacific through open and transparent work with partners and allies across the region.”

Senator Wong and Secretary Blinken also discussed collective efforts to hold Russia accountable for its invasion of Ukraine during the phone conversation.

The prime minister said on Wednesday the visit to Indonesia, his first overseas bilateral meeting as prime minister, was well received, having pledged closer ties with the Indonesian nation.

“It was a successful thing,” he told reporters in Darwin.

“It’s important that Australia know about the relationship to our north with Indonesia.”

With Indonesia expected to be among the top five economies in the world, Mr Albanese said boosting ties with the Asian nation was critical.

“It is clearly in Australia’s interest to boost that investment,” he told reporters in Makassar.

“Australia in terms of Indonesia as a trading partner is 13th on our list. It should be much higher.”

Mr Albanese was the first Australian prime minister to visit Makassar, indicating the country wanted to extend the relationship with Indonesia beyond just Jakarta and Bali.

The prime minister said he was looking to visit other regions of Indonesia on his next visit to the country.

With Indonesia hosting, Mr Albanese said the summit represented a major opportunity for the country.

He also pledged to broaden relationships with ASEAN, committing to ties with the Indo-Pacific.

“We’ve started getting it done, the presence here of not just myself but my ministers, business leaders as well, has sent a very clear message,” he said.

“We’re acting to make sure that we maximise the economic opportunities from engagement in our region, but also that we deal with the challenges which are here in our region.”

The prime minister also indicated a delegation of Australian superannuation fund representatives would visit Indonesia in coming weeks to look at investment opportunities. 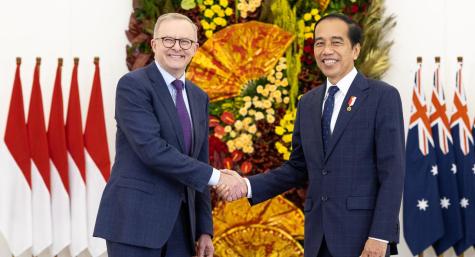 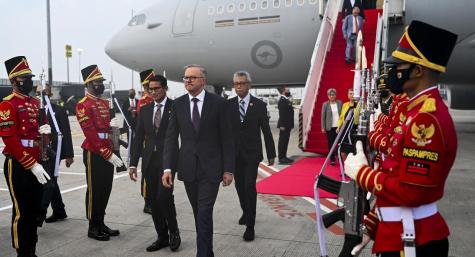 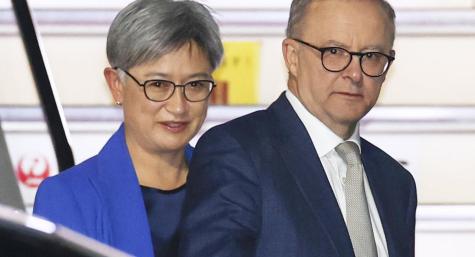