The world’s longest COVID-19 lockdown not just arrested the spread of the virus, but helped reduce assault crime in Victoria too.

The state recorded the lowest rate of physical assaults across the country last year, according to the Productivity Commission’s latest Report on Government Services, which includes both reported and unreported crime.

Physical assaults increased from the previous year in SA, Tasmania, the ACT and NT.

Additionally, the rate of face-to-face threatened assault steadily declined in most states and territories during the height of pandemic restrictions.

Property crime, including break-ins, motor vehicle theft and malicious property damage, decreased everywhere with the exception of the ACT and NT.

This dropped to 54.6 per cent when walking locally at night, and dropped further to 32.1 per cent when travelling on public transport at night.

The Productivity Commission uses the Australian Bureau of Statistics’ Crime victimisation survey data. This includes both reported and unreported crimes.

“While the highly unique environment in Victoria last year clearly contributed to the overall decrease in crime, it was incredibly positive to see a reduction in serious offences which impact the community such as home burglaries, robberies and car thefts,” Mr Nugent said.

At the time, he predicted crime would begin to increase again as society opened back up. 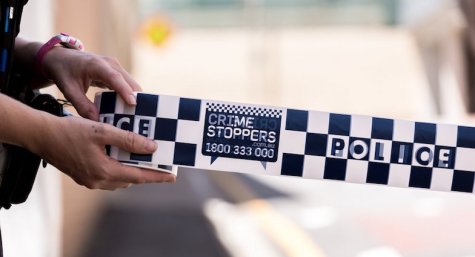