Canberra's Aspen Island has been renamed and footage of a video call between prominent Australians and the Queen released as part of her Jubilee celebrations.

The artificial landmark is situated on the southeastern side of Lake Burley Griffin within a ceremonial precinct known as the Parliamentary Triangle.

Now formally known as Queen Elizabeth II Island, the location is home to the 57-bell Australian National Carillon built in 1970 and opened by the monarch as a gift from Great Britain.

“The Carillon was an act of imagination, a touchstone of both tradition and progress,” Mr Albanese said on Saturday.

“Her majesty said at the time, the bells’ harmony will be a reminder of the enduring ties of kinship between Britain and Australia and, indeed, they have been.”

The prime minister noted the bells chime every quarter of an hour as “an echo of Big Ben” at London’s Houses of Parliament.

Mr Albanese, whose newly installed government has informally pledged a referendum on a republic in its next term if it wins a second election, said the Queen had stood with Australia as a “true and steadfast friend, through the good times and also the hard times”.

Landmarks across the country, including Parliament House and the Sydney Harbour Bridge, have this week been lit in royal purple to mark the Jubilee, celebrations of which are being held over four days.

Australia’s Governor-General David Hurley hosted a Zoom call with the Queen and the 2022 Australian of the Year award recipients as part of the commemorations.

The call, which was held on May 9 but made public on Saturday, coincided with the date the monarch opened Parliament House in Canberra 34 years earlier, a milestone of which Mr Hurley reminded her.

“I don’t know whether it’s still there but there’s a little pond inside. I wondered how many people had fallen into it,” the Queen said of the building’s water feature which has claimed several victims over the years.

Mr Alcott, a four-time Paralympic gold-medal winner, made the 96-year-old chuckle when joking about beating British players on his way to winning two Wimbledon titles.

The retired wheelchair tennis star told the Queen it was an honour to be an advocate for people with a disability.

“When I was a young kid I used to hate myself, Your Majesty,” Mr Alcott said.

“If I thought anybody in a wheelchair, let alone myself, could be Australian of the Year, I wouldn’t have believed you.

“When I told my mum last night that I was getting to meet you, she cried. So I think I’ve made her very proud as well.” 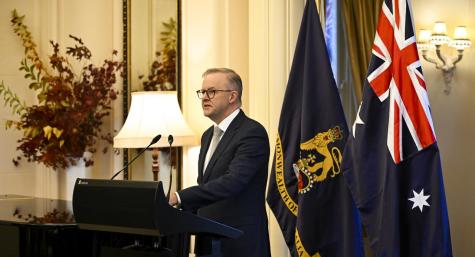 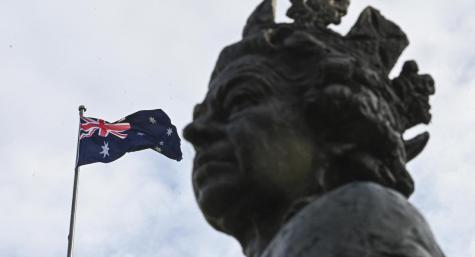 One parliament to pause on Queen’s death 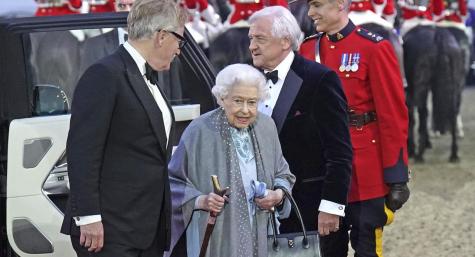