At 27 years of age, and a proud Muslim woman, refugee Fatima Payman is on the verge of a defining federal political career.

Fatima Payman wants to be the first elected representative to wear a hijab in the Senate.

It will be an important visual message, the 27-year-old told AAP from her home in Perth, where she’s anxiously awaiting the outcome of the federal vote count.

“I want to show the broad Australian community that you can look different like me, and still contribute to the betterment of our society and our nation,” she said.

“There’s just so much beauty in our diversity and strength in our unity.”

Placed third on Labor’s WA Senate ticket, Ms Payman is in a strong position to secure a place in the upper house following the May 21 election. Vote counting continues with results not yet finalised.

Her inspiration to seek political office comes from her father, who travelled to Australia by boat in 1999 from Afghanistan after fleeing the Taliban.

“My father literally risked his life to find a better country for us. He travelled by boat for 11 nights,” she said.

“Not only did he get out of the detention centre, when he got into the workforce, he also worked three or four jobs to save enough money to sponsor us.”

“Not only did he come to Australia (by boat), but he also came to a foreign land, a foreign language, and started from scratch. It takes a lot of courage and hard work.

“(People) who have travelled by boat are seen as criminals, seen as really bad people. I won’t accept that description of my dad. My dad was not a bad person. He was not a criminal. He was an asylum seeker who wanted to find a safe place to establish a living.”

Ms Payman’s work history includes involvement with the United Workers Union, where she came across the struggle of people like her father.

“There are just people who abuse immigrants,” she said.

“(Others) take advantage of the fact they don’t know their rights. So, the union movement helped me understand there is a platform where workers’ rights should be protected.”

As a refugee, she understands the struggles of people who have been separated from their families and the resultant mental health issues.

“That’s going to be one of the areas I would like to look into, should I be elected,” she said of the temporary visa arrangements that prevent refugees living in Australia from reuniting with family members.

The Labor government has championed its diversity, with a ministerial lineup including the first female Muslim minister, Anne Aly, and the first Muslim to serve in cabinet, Ed Husic.

Ms Payman’s grandfather served in parliament in Afghanistan. Her father kept the political discussion alive around the dinner table.

“I did not think I would come this far. We are in the land of opportunities,” she said. 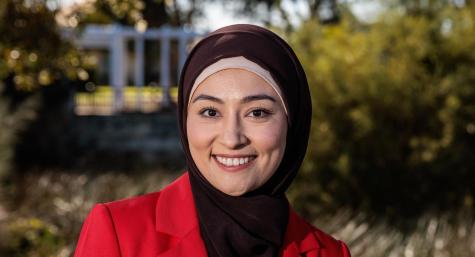 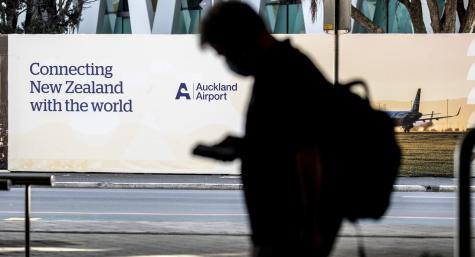 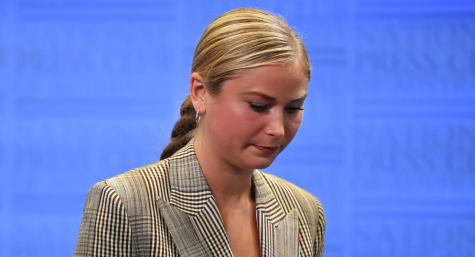 Tame breaks down in Albanese interview