A former babysitter has said she saw Chris Dawson grab his wife and swing her into a doorframe before she disappeared in 1982.

A former babysitter says she saw Chris Dawson being violent, including a time when he grabbed his wife Lynette and slammed her into a doorframe at their Sydney home.

Giving evidence at Dawson’s murder trial on Thursday, the witness, referred to as BM, said that in 1980 she saw Dawson grab his wife by the arm and swing her into their daughters’ bedroom.

“Lynette was also like a ragdoll because he was a lot bigger and as he grabbed her and swung her, she actually collected the doorframe with her shoulder and possibly her head,” BM told the NSW Supreme Court.

BM was a student at the high school where Dawson worked as a teacher. She was the Dawsons’ babysitter until the end of 1980 when she finished her HSC and was replaced by a younger student JC who eventually married Dawson in 1984.

BM said that Dawson had also flicked his wife across her back with a tea towel after finding a dirty glass in the kitchen, and had tossed a neat pile of clothes onto their bed after seeing that one of them had not been ironed properly.

She said that while she had been assured by Dawson that the relationship with his wife was very good, she became disillusioned with these claims after seeing what happened in the home.

Dawson had suggested that JC step in as a replacement babysitter after becoming angry that BM was no longer available, the court heard.

“I was so upset by what I’d seen that I didn’t actually want to go back in there,” BM said.

Dawson, 73, is accused of killing his wife and disposing of her body in January 1982 so he could have an unfettered relationship with JC. He has pleaded not guilty to the charge.

Another witness, Roslyn McLoughlin said on Thursday that she saw Mrs Dawson with bruises on her leg and arms during one of their regular tennis sessions just before Christmas 1981.

“She had a large probably grapefruit-sized bruise on her thigh … She had some bruises on her arms,” she said.

Ms Dawson was quite distressed and had begged Ms McLoughlin to return home with her, Justice Ian Harrison was told.

Ms McLoughlin said she felt bad about not going back to the Dawsons’ home in Bayview, Sydney, at the time.

Ms McLoughlin said she had not asked Ms Dawson about the bruising because in the 1980s domestic violence was not discussed.

However, she admitted under cross-examination by Dawson’s barrister Pauline David that she did not know what exactly caused the injuries.

Earlier this week, another witness Annette Leary said she had seen bruises on Ms Dawson’s neck a few days before her disappearance. The two women worked together at the Warriewood Children’s Centre.

On Thursday, Ms McLoughlin questioned claims that Ms Dawson had simply left her two young daughters alone in the family home when she vanished in 1982.

“She would not have left, leaving her children behind. If she was going to go away, she would have taken those girls,” she said. 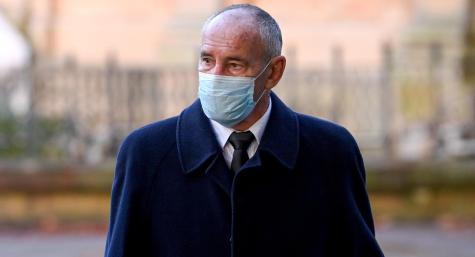 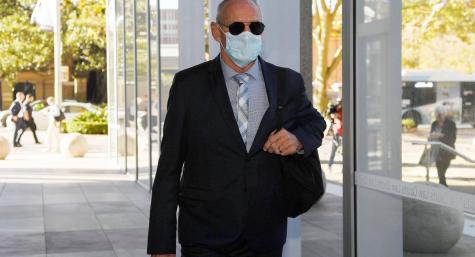 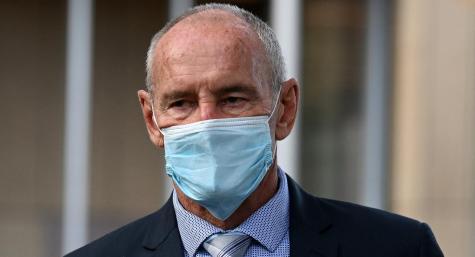