The Murdoch machine was not shy about its feelings towards Simon Holmes à Court and the teal independents...

The rise of community independents is the standout story of the weekend elections. But it has been accompanied by another major story: the failure of News Corp’s national and capital city outlets to keep the Morrison government in power.

The Murdoch organisation threw everything it had at discrediting the government’s opponents. It also abandoned any pretence of neutrality or balance. But to no avail. Voters paid no heed to warnings that Australia would be plunged into chaos if independents were elected, and ignored the endless attacks on “red” Anthony Albanese.

In short, the Australian electorate gave the Murdoch machine the finger.

How nasty did the News Corp coverage get? Here are just a few examples in the lead-up to the election.

“Holmes à Court sure saw his constituency coming: mostly women who have grown weary with the usual array of things on offer from the usual parties. They are excited to be part of something new — not quite Liberal, not quite Labor, not quite Green — something different.

“It is possible that … the women who have become teal devotees in Liberal-held seats don’t realise they have become pawns to tear down a party that clearly Holmes à Court has turned his back on.”

“He treats Australians as though their vote is for sale. He is attempting to takeover the parliament with money.”

“The teal T-shirt brigade, the co-funded, co-branded, hand-picked candidates of Climate 200, have failed the independent test time and again … the political equivalent of a Gucci handbag flogged for $20 on the beach at Kuta. Fake … a bunch of entitled, elites who don’t know and don’t care about the challenges of everyday Australians.”

“Destructive, harmful and dangerous … a direct threat to our national security … not only populists, they are extremists.” 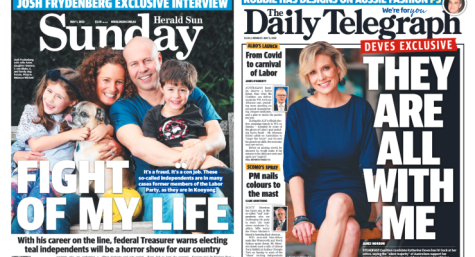 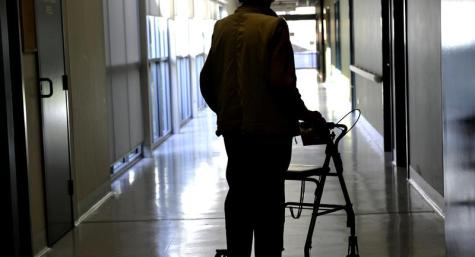 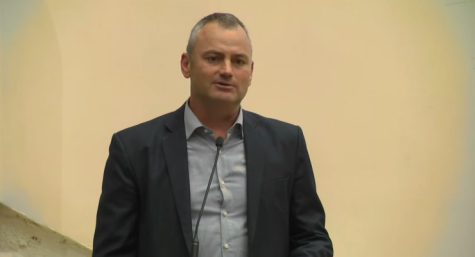 …oops,opining above before I saw your ‘toxic sludge’ term – so apt a description that it must just be the vibe.

The Sun News Pictorial > it was always about the pictures and the comics.
The balance was bottom right page 14………last paragraph.

Time for Labor to chase up News Corpse for about 15 years of unpaid back taxes!

Which transnational isn’t HQ’d offshore these days.
Murdoch worked out that benefit long ago .

Not a lot of respect for the electorate

Rupert is like a elderly FOX terrier – all bark and no teeth; no more like a miniature chihuahua in a a very large mug.
His advertisers should give it up, unless they enjoy wasting their advertising budget.

And their efforts and attempts to stoke up ‘culture wars’ were all in vain. The Teal independents results have demonstrated the impotence of Murdoch News Corps. And judging by the “salty tears” reactions of Paul Murray and his colelagues at Sky News After Dark, they still don’t get it.

‘Pitchforks, anyone?’ (Dean to his audience)

Wouldn’t, know have not watched . I am lucky Crikey and its readers keeps me update! Thank you

Yep, that should give you a totally balanced view. Oh wait what if Crikey is also just an echo chamber.

If that is the case its damned sight classier and better informed than SaD. an appropriate acronym.

Paul Murray > an exercise in delusions of relevance.

Not so much ‘relevance’ as delusions of adequacy.

I suspect he sings in tune with the True Blue Crew.

So true Paul Murray in a neanderthal. His recent outburst that was captured on a live mic about the now PM were disgraceful

I don’t buy or read any Murdoch propanganda nor watch Sky News or Channel 9 News…. I recognised Murdoch for what he was years ago watching series ” The Loudest Voice in Room” about Fox News Roger Ailes(played brillinantly by Russell Crowe) confirmed it in spades.

It’s a bit like checking after number twos.
It defines Sky after dark…….so ugly it has a sort of comedic attraction.

Yes William the quality is no longer there. The print leaves black marks after wiping. Not fit for purpose.