Hindsight may be 20-20, but we're fairly confident in our foresight of what the political elite will be saying tomorrow night.

Predicting the outcome of an election is, as Sir Humphrey Appleby would say, a rather “courageous” decision. Particularly when the polls are tightening and the final-days madness has taken hold.

A much safer bet is trying to guess the pearls of wisdom that will fall from the lips of our political elite, perched gingerly around their huge and ridiculous TV broadcast desks on election night.

Throwing caution to the wind, Crikey satirist Tom Red shares his good oil on who’ll say what to whom once the polls close.

“Let me interrupt you there.” — David Speers

“As I warned, the gutless decision to not frack in Wentworth and Goldstein has cost the Coalition dearly.” — Matt Canavan

“Yes, it was a tiresome six weeks, but just imagine how much duller it would’ve been if we hadn’t beaten up Albo’s ‘gaffes’, platformed Katherine Deves and strictly enforced the use of ‘so-called’ when referring to independents.” — Sharri Markson

“We now cross live to Tony Abbott and Katherine Deves who are standing by in a deserted McDonald’s car park in Warringah. Tony? Tony? You’re not saying anything, Tony.” — Mark Riley

“Does anyone know where the Climate 200 bash is being held? Asking for a friend.” — Jane Hume

“I’m not sure about the ‘angel of death’ stuff, but Howard’s repeated misuse of the term ‘groupie’ must have hurt the Libs in many electorates. Perhaps Janet should have a word.” — Chris Bowen

“Wow! Albo grew up in public housing. With a single mum. Who knew? How did they keep a lid on all that? I wish we’d heard more about it during the campaign.” — Tanya Plibersek

“That little Devonport kid was trying to set up offside traps all game. The PM made a proportional response because rules still matter, despite what the Twitterati say. And then, right on cue, the left loses its shit, because that’s the way we live now.” — Chris Uhlmann

“Your lot barrelled so much pork, stray dogs follow them home. Bill’s zingers are back, baby. Boom! I still got it!” — Bill Shorten

“We apologise for the poor sound quality in that live cross. We couldn’t quite hear what Barnaby was saying over the high-spirited sound of supporters doing donuts on a motorised Bundy esky.” — Natalie Barr

“At the risk of making this about me…” — Peter van Onselen

“We’ll have a freakin’ result when I say we have a result. Not one second sooner. Got it?” — Antony Green

“Anyone want me to do my ‘death stare’ again? It’s hella.” — Julie Bishop

“That ‘fire the liar from the shire’ line. That was mine. I’m Jason Clare. It was my line.” — Jason Clare 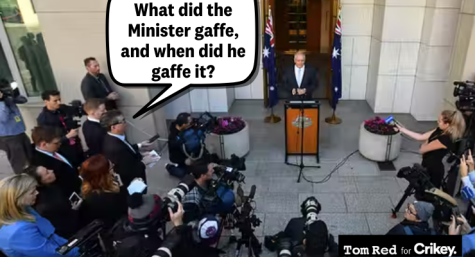 Confused by all this election chatter? Don’t fret. We’ve got a guide to help cut through the jargon 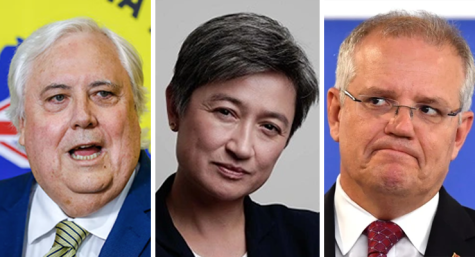 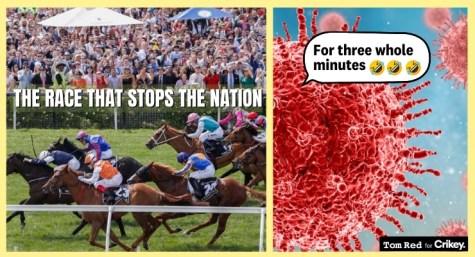 Goodbye Prime Minister –
Once we have the anti corruption body set up you better keep looking over your shoulder.

Durack. Still mine. Always mine. Mine, mine, mine. How good is that. Thanks Gina. Melissa Price

The election was stolen – I won.
ScoMo (per D Dumped)

Pausing for breath...sometimes before finger taps!

Excellent collection of gags.. bit wasted one after another.. better spread out.One a day perhaps with worm breakfast or daily… ? but then the politics nuts round here (and Guardian readers even more so) hardest crowd for humour… notoriously humourless.. humour what is that?! What you looking at? You looking at me!!?