Anthony Albanese has taken a swipe at prominent coalition attack ads during a speech to the Italian community in Sydney.

Anthony Albanese has taken a swipe at the coalition’s attack ads, suggesting the Liberals thought it “was still okay” to make fun of his name.

The opposition leader made the remarks while addressing a 400-strong crowd of Sydney’s Italian community at Club Marconi in the city’s southwest.

Mr Albanese spoke of the possibility of being the first prime minister to not come from a Anglo-Celtic background, talking about his Italian heritage.

However, he also used the speech to criticise Liberal attack ads against him.

“People of my age and older in this room will know that school people made fun of your name,” he said.

“My opponents think it’s still OK to make fun of someone’s name in their advertising, and that is a matter for them to consider.”

It comes after the coalition has been running advertisements on TV with the slogan “It won’t be easy under Albanese”.

The event was held in the electorate of Fowler in Sydney’s southwest, where Labor has parachuted in Senator Kristina Keneally to run in the safe seat.

However, she has come under pressure from independent candidate Dai Le.

Ms Keneally did not outline what her future plans would be should she not win the seat.

When asked if she would move back to her former home on Sydney’s northern beaches, she said her and her husband live in Liverpool.

Earlier in the day, the opposition leader said axing $750 million in government grants will go some way to repairing the budget left in a mess by the Liberal-National coalition.

In a speech to the National Press Club in Canberra three days before the election, Mr Albanese said an incoming Labor government would be fiscally responsible.

While Labor’s formal policy costings will be unveiled on Thursday, after days of questioning about their release, Mr Albanese said funding for the community development grants program would be reduced by $350 million.

He also promised to return $400 million from the regionalisation fund back to the budget, describing it as an example of “waste and rorts”.

“It will be my mission and my responsibility to ensure that every dollar spent in the budget is used to drive the productivity growth we need to pay down Liberal debt,” he said in the speech.

“This announcement today is the start of repairing the budget and cleaning up the mess we stand to inherit.”

The address came after the latest wage price index figures revealed wages rose 2.4 per cent in the past year, well behind inflation on 5.1 per cent.

The Labor leader acknowledged he would face significant financial challenges should he win, with an expected $1 trillion worth of debt.

“We will inherit the worst set of books of any incoming government since federation,” he said.

“This government has borrowed more, taxed more and spent more than Labor and delivered so much less. To build a better future, we need a better budget. Labor is committed to being responsible economic managers.”

With the last term in parliament dominated by COVID-19, Mr Albanese pledged an incoming Labor government would learn the lessons from the pandemic.

He said the past few years had shown the vulnerabilities in the national economy, such as insecure work and the risk of businesses being exposed to global supply chain shocks.

“These problems are not new, most are the inevitable end result of a decade of cuts, mismanagement and neglect,” Mr Albanese said.

“Australian workers are paying the price for a decade of bad policy and economic failures, while Scott Morrison says he should be rewarded with another three years.”

While Mr Albanese has advocated for a rise in the minimum wage to keep up with inflation and the cost of living, the opposition leader said he would have a review of whether to increase welfare payments.

He said Labor would look to do what it could in the area within the fiscal limits inherited in government. 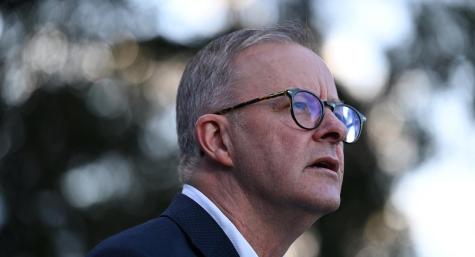 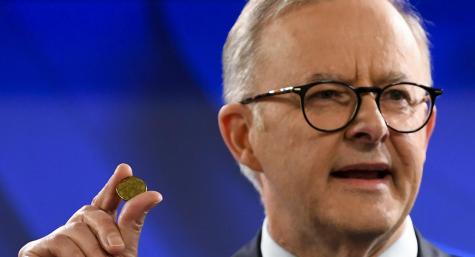 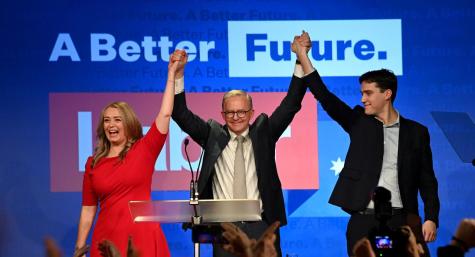 LNP ads have generally been puerile, but I’m sure it won’t be “Sleazy with Albanese”.