Women voters stopped Trump from getting a second term. Will they stop Morrison?

Women will decide the outcome of this election. So why is no one acknowledging this?

If only men voted, Donald Trump would have won the 2016 presidential election in a landslide. Men preferred Trump 52%-41%, while women backed Hillary Clinton by a greater margin of 54%-39%.

The 26-point net difference was the largest voting gender gap in US history. Clinton won the popular vote, because more women vote than men. But for the Nineteenth Amendment, Trump would have won the 2020 poll too. 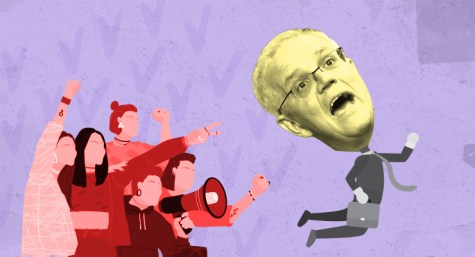 Forests have been devoted to divining the political gulfs in America. Pundits opine on the demographic divides between city, suburban and rural voters. College graduates and blue-collar voters. Old and young voters. White, Black, Hispanic, and Asian-American voters. However, the yawning chasm between women and men at the ballot box rarely rates a mention. It’s a stunning omission. Days out from Australia’s federal election, voters are poised to return Scott Morrison to The Lodge, or hand the keys to Anthony Albanese. As in America, it will be women who decide the outcome. Yet the same expert malpractice neglects this crucial insight.

Media attention is focused on hot-button issues including climate change, cost of living, the economy, and government integrity. Little consideration is given to how women and men view these topics, and others, through different lenses, nor how this influences their voting behaviour. In the 2019 election 48% of men opted for the Coalition, compared to just 38% of women. In contrast 52% of women favoured Labor or the Greens, while 43% of men did the same. This gender gap mirrors the disparity in the United States. What is causing this schism, and why does it receive such scant scrutiny?

The answer to the second question is obvious. Men dominate politics, men dominate business, and men dominate the media. You don’t need to be a rocket scientist — a field also dominated by men — to realise that wherever any group predominates, it exerts an outsized influence in shaping the agenda. Our public conversations focus insufficiently on women, and what matters to them, because the dialogue is dictated by men. Since most men talk with and listen more to other men than women, the priorities that filter into daily discussion are skewed accordingly.

Scott Morrison exemplifies such conduct. His understanding of women, and what matters to them, appears confined to what he hears from his wife and daughters. This is a prime minister who, by his own admission, failed to grasp the gravity of sexual assault allegations inside Parliament House until his wife urged him to think about them as a father and how he would react if his girls were attacked. A leader who chose International Women’s Day in 2019 to declare that women’s advancement should not occur at men’s expense. A politician who refused to address, or even meet with, the women’s March4Justice last year, instead claiming that he was too busy. A man who quipped that his mates asked him to be special envoy to meet with Pamela Anderson regarding Julian Assange. Small wonder he is seen as having a “woman problem”. 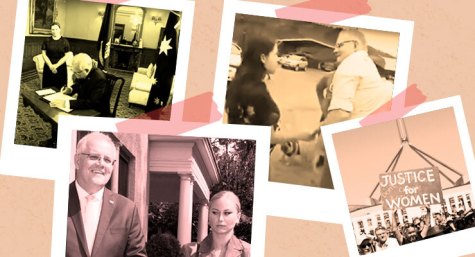 You don’t need to google this: why would women vote for a man who needs his wife to tell him rape is bad?

Beyond personal shortcomings, closer inspection reveals key reasons voting preferences of women and men have diverged. While conservatives focus on the economy, taxes, national security and immigration, centre-left parties target wages and working conditions, health care, education and the environment. Sexual assault and domestic violence have also become prominent political concerns. This issue spread reflects the different policy priorities of women and men, and how the parties have responded to them.

Moreover, centre-left parties have made greater efforts to include women, both in party leadership and elected office. Aside from this demonstrated commitment to advance women, it also means they have more women with a seat at the table to shape the policy agenda. It’s a self-reinforcing cycle.

The influence of women is also evident in the proliferation of strong independent candidates, and not just the teals. Tired of being ignored and taken for granted, especially in “safe seats”, women have been challenging lacklustre incumbents for several elections. Cathy McGowan broke through in Indi in 2013. When she retired in 2019, she was succeeded by another independent, Helen Haines. Zali Steggall joined her from Warringah. Polls suggest they will have company on the crossbenches when Parliament resumes.

Women have had a gutful. More women than men graduate from universities, but they still don’t have equal pay or career opportunities. Women do the heavy lifting in families and communities. Two years of COVID only made their load heavier. They’ve had enough of the lies, excuses and empty promises. They’re not going to take it anymore. They are the majority of Australians, and they know they deserve better. On Saturday they will be heard. Australia’s next government had better be listening. 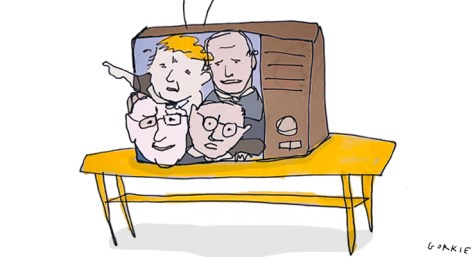 Australia’s 2022 election: toxic politics and a lack of ambition 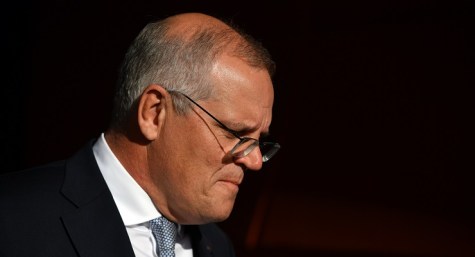 For Scott Morrison, this should have been the unloseable election

Female voters only need to imagine engaging in a conversation with him – they’d be unlikely to finish a sentence before Morrison would loudly run off at the mouth. He’s all talk, minimal action.

And his capacity to change from constant bulldozer mode is recognised as ranging from tiny to non-existent.

If only he could stick to the verbal BS. If any ‘laying on of hands’ was involved I’d be dialling 000. I can’t get the famous scene from ‘Planet of the Apes’ out of my mind whenever I see him.

After all, he interrupted the female minister for families when she was answering a question about the ‘bonk ban.’

And what minimal action he does take is invariably to the detriment of women.
I would like to talk to his girls to find out to what extent he has brain-washed them, and what sort of opinions they have formed about him.

I think the final paragraph says it all really…. Too right we’ve had enough and we’re not going to take it anymore. Bring on the highly intelligent, articulate Teals and other powerhouse women in Labor – Scumo just does’nt know how to do anything but shout in his (inevitable) high viz jacket and LISTENING is not a talent he’s every possessed.

Bring on the highly intelligent, articulate ,,, women. Regardless of party.

I watched the Australian Story episode last night on ABC (after NOT watching Sales+Morrison). AS was about Cathy McGowan and her continuing hard work in support of independent candidates. She’s an inspiration – kudos to Cathy.

Usually characterised as “What do women want?” No need to lose one’s head.

“More women than men graduate from universities, but they still don’t have equal pay or career opportunities.” Pretty much everyone graduates these days. Even pre-schoolers. It doesn’t mean anything to have a Bachelor degree, which is why people with a career in mind also get a Masters degree.

Yeah! Stupid isn’t it?
Learn more and more about less and less and finally end up in a job knowing very little about anything relevant.

Depressing to see the election results will be so close. Such serious issues at stake and about 50% of the population doesn’t seem to want them addressed.The LNP have had their chance. Surely.

Unbelievable polls. This should be a wipe out for a venal, incompetent govt, with a lying bully PM,. Why? Is it the media? All in lockstep, including ABC almost wishing for an LNP win. There is no logical reason why the polls aren’t at 60/ 40 min for Labor……

I agree. Appalling polls.Perhaps its why pollies like to tell all and sundry how much they respect people’s ‘faith’. Got to keep the patriarchy alive somehow! The believers were sucked in by Trump and still don’t realise he just abused them, so education needs to be the No.1 priority ( although there are so many priorities now) for Australia or we’ll have a version of Trump before long. I hope Albo halves the cost of an Arts Degree. He needs to. I am craving intellectual discourse! Misogyny has run rampant for too long,( the bedrock of religion IMHO).