The coalition sought to capitalise on national security early in its re-election bid but was forced onto the defensive with the Sino-Solomons security pact.

The coalition sought to put national security at the forefront of its election pitch in the run up to the election campaign.

But much of the wind was taken out of its sails with the announcement of a Sino-Solomons security agreement.

Prime Minister Scott Morrison in February launched a scathing attack against the Labor deputy leader in Question Time, branding Richard Marles a “Manchurian candidate”, a term referring to a puppet of a foreign government.

The rhetoric of Peter Dutton was just as fierce, with the defence minister saying China was cheering for a Labor win and alluding to political interference in favour of the opposition.

“They have picked this bloke (Anthony Albanese) as that candidate,” Mr Dutton told parliament.

The rhetoric provoked a rare public intervention from the head of Australia’s intelligence agency.

ASIO director-general Mike Burgess warned both sides of politics the politicisation of national security was not helpful.

But a month after the Manchurian candidate barb, a draft security agreement between the Solomon Islands and China was leaked, and a final draft was signed in April.

Labor went on the offensive, accusing the Morrison government of overseeing the worst foreign policy failure since World War II.

For all its chest beating against Beijing, the coalition had failed to counter China’s influence 1600km off the Australian coast, Labor said.

The Liberals fired back, trying to land blows against Mr Marles’ previous comments about Chinese investment and engagement in the Pacific.

“Beijing is very clearly aware that we’re in a federal election campaign here at the moment,” she said.

“China would be absolutely aware of the current members of the ministry, what their behaviour has been in the past, they would be looking at what opposition shadow ministers have said in the past.

“They would be very aware of where their alignment has been.”

But most of the attacks fell short, exiting the news cycle within days after similar quotes about Chinese investment and engagement from the prime minister and Liberal ministers resurfaced.

As the architect of Operation Sovereign Borders, Mr Morrison has sought to drag Labor on its initial opposition to boat turnbacks, a position it now supports and would maintain in government.

“The people smugglers don’t need too much of an invitation to get back into the business, but it is a stand-up invitation if (Anthony Albanese) would become prime minister,” Mr Morrison said.

Defence spending commitments and acquisitions has also become a frequent part of the campaign as the government spruiked its spending plans.

The capstone of the government’s defence policy has been an increase in spending to more than two per cent of GDP and its intention to boost Australia’s defence workforce by 30 per cent to more than 100,000 by 2040.

Meanwhile, Labor has tried to frame the prime minister as a man who is untrustworthy on the international stage, and who has wasted billions of dollars in delayed or cancelled defence contracts.

The opposition has launched consistent attacks targeting Mr Morrison’s handling of diplomatic relationships and tensions in the region.

“On national security, Aussies are less safe today than they were a couple of weeks ago because of the stuff up on the Solomon Islands,” campaign spokesman Jason Clare said in late April after the pact was signed.

“Scott Morrison has dropped the ball in the Pacific. He had the intel and he didn’t act. The Chinese have slipped in because he failed to act.

“This government has tried to bodgie up some sort of fake khaki election to camouflage for all of their incompetence. And now it turns out, they’re incompetent at this too.” 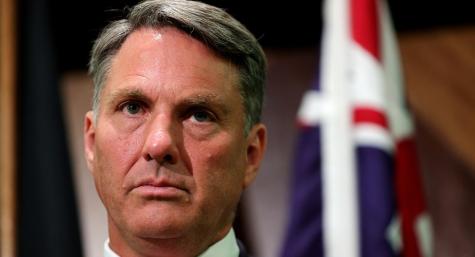 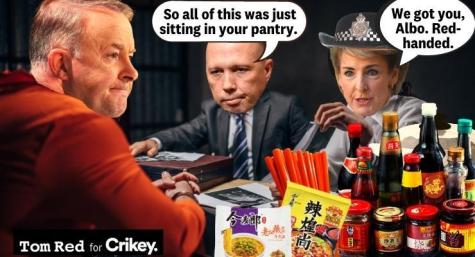 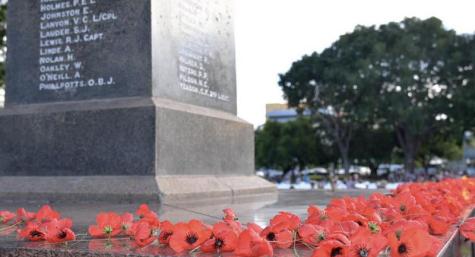