Anthony Albanese is yet to confirm when Labor will outline its costings before Australians head to the polls on Saturday.

Anthony Albanese has yet to indicate when Labor would formally outline its full policy costings, with the election just five days away.

The opposition leader also refused to say if the country’s deficit would be higher during the next few years, despite being asked multiple times on the matter.

Mr Albanese returned to Perth on Monday for his second visit to Western Australia during the election campaign.

Labor are looking to pick up three crucial marginal seats – Swan, Hasluck and Pearce – in the state on election day.

The opposition leader started the day campaigning alongside WA Premier Mark McGowan in Swan, outlining $150 million for a surgical centre.

However, while speaking to reporters, Mr Albanese did not say when the full policy costings for Labor would be released, despite being just days out from polling day.

“One of the things that we have done this entire election campaign is with each policy, we announce what the costings are,” he told reporters in Perth on Monday.

“The idea that we don’t have costings out there is, quite frankly, absurd.”

Mr Albanese used the press conference to criticise the government’s spending and rorts.

However, he did not indicate whether a deficit under Labor would be lower compared to the coalition.

“Everything we are investing in is about boosting productivity.”

Appearing alongside Mr Albanese was WA Premier Mark McGowan, who claimed victory at the state election last year in a landslide.

Mr McGowan was the third state or territory leader Mr Albanese has appeared alongside campaigning during the election in as many days.

He was with Northern Territory Chief Minister Natasha Fyles on Saturday and Queensland Premier Annastacia Palaszczuk on Sunday.

However, the WA premier denied Mr Albanese was trying to piggyback off his own popularity in the state.

“I’d like to see Anthony Albanese win the election on Saturday. I think the latest policy of the commonwealth government around superannuation is dangerous for the country,” he said.

After some Labor MPs, including Richmond MP Justine Elliot and Griffith MP Terri Butler said a vote for the Greens would lead to another term for the coalition, Mr Albanese said the only way to change government would be to vote for opposition candidates.

Mr Albanese then spent time at a Perth childcare centre in the seat of Hasluck.

The opposition leader then moved to the electorate of Pearce in Perth’s north, where he was attending a pre-poll centre alongside Labor’s candidate Tracey Roberts.

Pearce is currently held by the Liberals on a 5.2 per cent margin and was the seat of Christian Porter before he retired from federal politics. 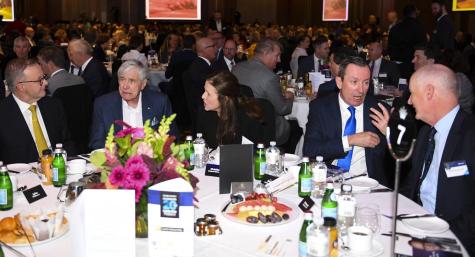 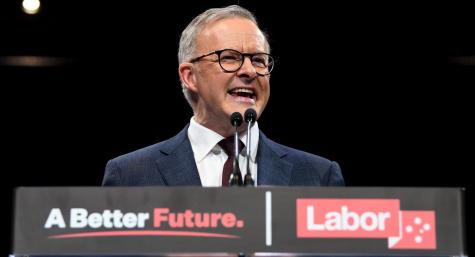 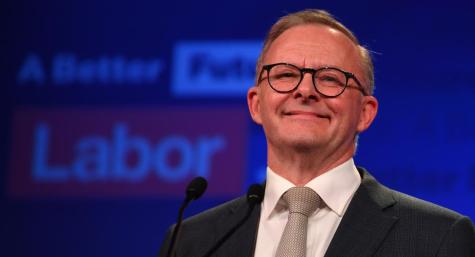