The media giants are locked in a war for eyeballs and dollars, as they have been since the 1960s. But this time it's serious.

The contributions of Stan and Domain to corporate profits were on display in the company’s release of its end-of-year figures today (revenue up by 15% to $1.3 billion, profits up 20%). Despite increased programming costs in an increasingly competitive market, Stan continues to make money off its 2.5 million subscribers. The largely digital Domain saw net profit up, proving yet again the value of booming real estate to Australian media.

For the increasingly heated war with News Corp, look to the companies’ mastheads. There, it’s journalistic hand-to-hand combat with an "exclusive" here and a spoiler rebuttal there, each weaponised to build up or tear down the trust that media need to monetise in the chase for subscriptions. 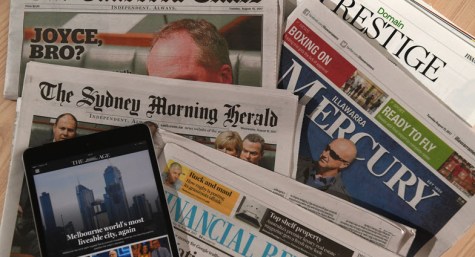 Too big and too small: media giants are crawling the dry earth crippled and half-blind