Scott Morrison has pointed the finger at the railway workers supposedly behind the Sydney train strike, saying 'this is just not how you behave'. But are they really to blame?

Prime Minister Scott Morrison has responded to the suspension of Sydney’s train services due to industrial action with the expected level of fury: “This is just not how you behave and this is not how you treat your fellow citizens,” he told 2GB this morning.

“This is not how this should be done, and I feel for all of those Sydneysiders today who are affected by this strike.”

Even worse, said Morrison, is that it comes on the day Australia’s international borders reopen. “This is an important day that Australians have looked forward to,” the PM declared.

“The union movement has decided to really pull the rug out from under that on our first day back.”

Only thing is, this slightly misrepresents who is actually taking the industrial action. Crikey has long covered the mad disparity between what employers and employees can do while negotiating an agreement.

There is only a tiny crescent of time available for a workforce to strike at all, and to even do that, the union has to apply to the Fair Work Commission for a protected action ballot order, and conduct a ballot overseen by the electoral commission or an independent ballot agent.

Last week, nurses defied a last-minute order from the state industrial relations commission that their strike shouldn’t go ahead. Further back, you may remember that the last time train drivers in NSW tried to strike, the Fair Work Commission told them to sod off.

Australian Rail, Tram and Bus Industry Union (RTBU) NSW secretary Alex Claassens said this morning that their planned industrial action was protected, indicating the many steps that had been followed.

And in response to any employee action — hell, even any threat of a strike — the employer, without having to follow any of those steps, can lockout their whole workforce. The RTBU is claiming it only planned to undertake low-level protected industrial action, which would not have impacted commuters. We’ll never know if that’s true, I guess — because the NSW government responded by shutting down all Sydney train services.

“Disruptive unions” and “commuters blindsided by strike” might be an easier headline, but it doesn’t reflect the power dynamic between worker and boss in Australia, and hasn’t for a very long time. 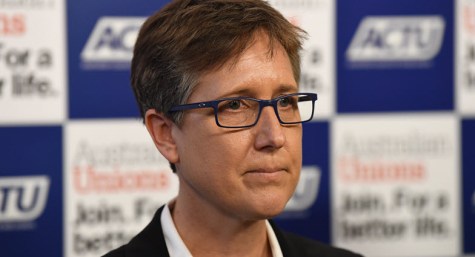 You wouldn’t read about it — industrial disputes are falling 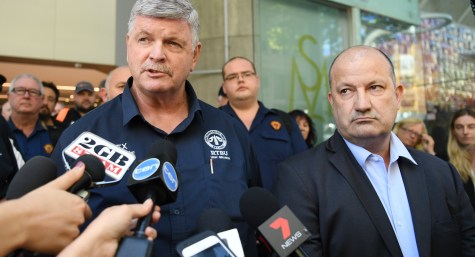 Stand by for a photo of Morrison driving a train. Should be any minute now…

It would probably be a plywood & cardboard mock-up – as when Toned Abs. had his pic. tooked in the F35A/B…Z flying piece of …garbage.

No chance. skill required. I wish the idiot had flash burned himself in the welding clip.

ratty
Reply to  old greybearded one

Pushed under a train, please.

Exactly. Methinks Pope Dom is trying to rebuild bridges with the frightful federal coalition (after blindsiding them completely on renewable energy and responsible economics) by fabricating a “unions run amok” scare, to add to the fed’s “Reds under the beds” confection.

But that is exactly how Scummo treats people. Like he claims the union does. Nurses and teachers and other NSW public servants are unable to use the Industrial Relations Commission to gain a fair hearing, so it is no wonder. Striking is all that is left and it is the only bargaining chip a worker has. NSW is a state marred by corruption and malpractice. F•••k Perrottet and Scummo.

This is a big misstep by an inexperienced Premier. Hopefully the real truth will come out and blow up in his face.