The Australian Electoral Commission (AEC) has asked social media platforms to remove posts casting doubt on the security of Australia’s postal voting system in order to quash misinformation in the lead-up to the federal election.

Evan Ekin-Smyth, the director of media and digital engagement for the independent body, told Crikey that the AEC has as recently as last week asked the social media giants to remove misleading social media posts.

The posts are importing conspiracy theories from Trump supporters in the United States. One of the persistent myths relates to electronic voting machines and Australia installing them to rig election outcomes. The AEC debunked those assertions on Twitter on multiple occasions and during a recent Senate estimates committee hearing.

Ekin-Smyth said that the electoral commission has established close links with social media companies such as Twitter, which meant misinformation in posts could be dealt with expeditiously.

“In the last couple of days we have made referrals to social media organisations about content spread suggesting that postal voting is not a secure means of voting,” Ekin-Smyth said. “Again, a bit of a lift-out from the US election where people talk about what they refer to over there as mail-in votes.”

The AEC contacted Meta and Google in order to get that content removed as soon as possible.

“We’ve received action on some of that. I think Twitter took it down within three hours off the back of our referral and Meta has taken action as well,” Ekin-Smyth said.

“We take our political neutrality seriously,” Ekin-Smyth said. “It is disheartening when you see claims of bias of the AEC without any foundation whatsoever because we’ve got so many, we’ve got hundreds of people across the organisation who are just working hard day in, day out to create a fair electoral system. It doesn’t go down well.”

People who have been blocked by the AEC on Twitter have made no secret about the fact they have been stopped from seeing the commission’s feed on the platform. Ekin-Smyth said blocking is very rare.

“We will only take that action if it is absolutely required and we do not do it often,” Ekin-Smyth said. 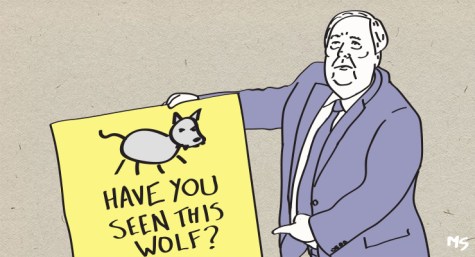 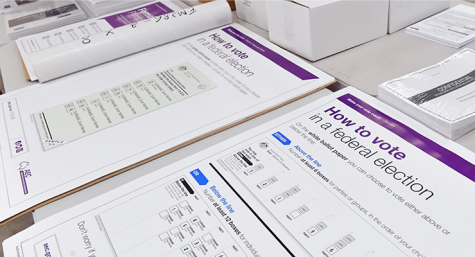 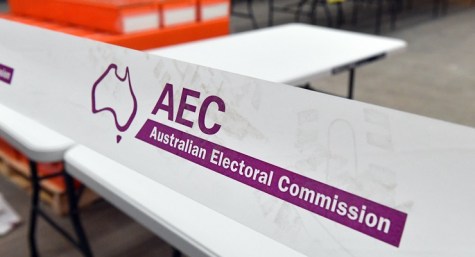 Our Australian Electoral Commission (AEC) should not be ‘asking’ social media platforms to remove posts casting doubt on the security of Australia’s postal voting system in order to quash misinformation in the lead-up to the federal election; rather, it should have the power to ‘tell’ these platforms to do so.

It is a most undignified sight to have to watch the AEC to have to go ‘cap in hand’ to these capitalist giants and virtually beg them to do the right thing. This is just another example of the power these private corporations wield in a capitalist society.

The AEC does in fact have adequate powers to do exactly that, among several others that I wish it would exercise.
Occasionally, just to show some semblance of not being another example of ‘regulatory capture‘.

There appears to be no end to the damage wreaked by Trump. His tentacles spread wide.

The obvious question becomes why the AEC doesn’t request not only social media platforms, but the media more generally to remove (or simply not report on) the serial misinformation and mistruths coming from our esteemed politicians in the lead up to the next election.

Of course that would mean banning News Ltd rags

Like the comment says, that could put NewsCorp and other outlets in danger if they dare print or present a negative word about voting systems, which have become another imported wedge issue to disrupt and impair democracy.

According to Reuters, in December 2021 Fox lost a case against Dominion Voting Systems:

Who exactly is the election being “stolen” from? One Nation? Clive Plamer’s UAP?

It would have been nice for the AEC to make a stand when certain candidates had how to vote posters that looked like AEC posters.

Yes, we need to tackle misinformation but whoever is running the AEC’s media channels is rude, dismissive, snarky and aggressive — hardly fostering a sense of trust in the institution, and creating a great deal of grievance. Some say it’s to increase engagement but the metrics on its Twitter account don’t reflect that — sometimes they bump up but they’re usually in the 20s. So they need to address that issue of tone: they’re meant to be an unbiased, impartial, professional government organisation, not Wendys burgers.