The police officer charged with the murder of Kumanjayi Walker has friends in high places — and many thousands on Facebook and Instagram.

At the end of the first day of the trial of Zachary Rolfe for the murder of Kumanjayi Walker, people filed out of the room to update the world on what happened inside. Among them was an attendee preparing to share their thoughts to another audience: Facebook.

“A good first day and very pleased that it has finally started,” the “I Support Constable Zach Rolfe” Facebook page said.

The page, which has more than 15,000 followers and is run by a single anonymous admin, was created less than a week after Walker was killed. Since then it has been perhaps the loudest voice in a constellation of online groups and people supporting the first Northern Territory police officer to be tried for the murder of a First Nations person in custody since since the 1991 royal commission. 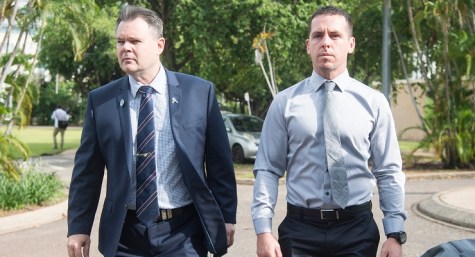 This online support for Rolfe resembles the campaign behind Kyle Rittenhouse, the teenager who was found not guilty of murdering two Black Lives Matter protesters in Kenosha, Wisconsin.

Rolfe has pleaded not guilty to murdering Walker, along with other charges, and the trial is continuing.

Before the daily updates from the courtroom, the “I Support Constable Zach Rolfe” page posted hundreds of times about the case. Updates about the trial, media critiques, crowdsourced messages of support for Rolfe, and reporting about broader concerns with the NT police are all regular content. The page’s admin even posted a copy of a bravery award given to Rolfe for rescuing two tourists from flooding in 2016.

The account did not respond to a request for an interview.

The portrayal of Rolfe as a dedicated public servant who was following his training when he killed Walker echoes through other Facebook pages. Popular Facebook pages created for police and veteran communities like Survive the Streets — Down Under, The Pineapple Express and Defend the Blue have all posted similar messages about Rolfe.

On the I Back Zach hashtag across Facebook and Instagram, individual accounts also join the campaign. High-profile supporters such as Australia’s most decorated former police officer Allan Sparkes, special forces veteran and political candidate Heston Russell, and Victoria Cross recipient and former soldier Daniel Keighran have all used the hashtag.

Companies post using the hashtag to show off their I Back Zach stubby holders and T-shirts for sale. Some accounts have even begun to meme about the charges.

Army veteran Instagram meme page @adf_lids posted an image using the “men versus women with a time machine” meme format that was used to show their sadness about the beginning of Rolfe’s trial.

“The [Director of Public Prosecutions] of NT is a coward and absolute incompetent human,” the accompanying caption says.

What do Rolfe’s online supporters say about the case?

Across the social media posts and comments, a popular narrative has emerged that Rolfe’s charges are politically motivated.

Long before details and footage of the case were released to the public, his online defenders made the case for why the 30-year-old was acting in self defence or following his official training when he killed Walker.

The I Support Constable Zach Rolfe page has frequently shared negative news reports about NT police leadership and politicians — two targets blamed by the page for having abandoned Rolfe or for having ulterior motivations for his arrest. 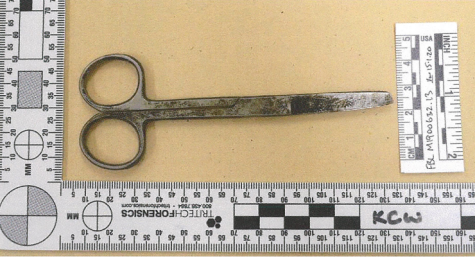 Once the bodycam footage of Walker’s shooting was released this year, Rolfe’s online supporters shared the graphic imagery widely. Followers of these pages and members of the groups combed the video and subsequent evidence released in court for proof of Rolfe’s innocence.

Some latched on to Rolfe’s superior, Sergeant Julie Frost, as responsible for him being placed in the situation and have called for her sacking or to even face charges. One post seen by Crikey shows a group coordinating to nominate Rolfe for the 2021 NT Police Officer of the Year award.

The idea of race looms over discussions. While some online commenters mention the poor treatment of First Nations’ people by police and Australians generally while also maintaining a belief in Rolfe’s innocence, others point to race relations as the true motivation for the charges. Some online supporters claim racism against white Australians and “virtue signalling” is the reason Rolfe was arrested.

“In my opinion the Marxist group BLM should be criticised, as should the political prosecution of Zach Rolfe,” one user commented. Another predicts “every Indigenous person, and every wannabe” will protest if Rolfe is found innocent.

The fan-like behaviour and narrative that Rolfe’s case has been politicised draws inspiration from Rittenhouse case. This similarity has been observed by Rolfe’s defenders as well. When Rittenhouse was found not guilty late last year, a member of an Australian police Facebook group posted a news article about the result with the hashtag I Back Zach.

As the trial enters its second week, the people interacting with Rolfe’s fan pages and support groups remain convinced of his innocence: “Exoneration for Zachary Rolfe is close now. Stay strong, all right minded, ex, serving and retired police officers stand with you Zach.” 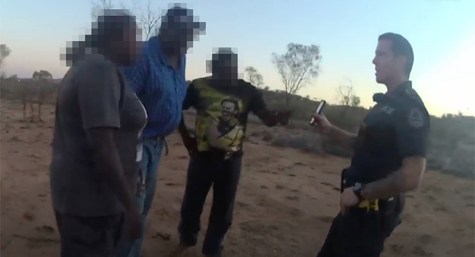 Zachary Rolfe, Kumanjayi Walker and the Wild West: just who is responsible for the actions of an individual cop? 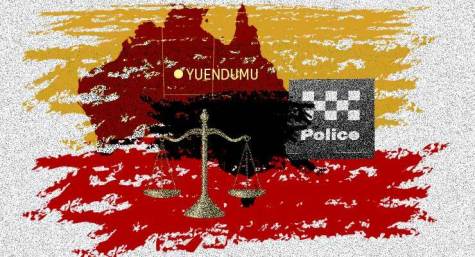 Zachary Rolfe trial: sergeant warned Walker’s family that he could be shot