Neighbours needs some new friends as it faces the axe

After 36 long years the iconic Aussie soap may be on the chopping block.

Everybody needs good neighbours. Or do they? Iconic Australian soap Neighbours is facing an uncertain future, with the UK’s Channel 5 announced it will no longer be airing the program after years of steadily declining ratings.

The show launched the careers of some big stars (Kylie Minogue, Margot Robbie, Russell Crowe) and has had a record-breaking 36-year run. But in August it will go on a break indefinitely as Network Ten searches for a new backer.

The drama about the residents of the fictional cul-de-sac of Ramsay Street who are neighbours (but also friends!) has been largely paid for by Channel 5 after it became no longer commercially viable for Ten to fund it alone. And this isn’t the first time Channel 5 have thought about ditching the series either. Back in 2017 there was talk of the show going off the air as the UK broadcaster couldn’t come to an agreement with production company Fremantle over license fees.

While the lives of the beloved Ramsay Street characters still attracts 1.5 million UK viewers a day, it has a measly viewership of about 100,000 in Australia. But the die-hard fans aren’t ready to let go yet. A petition has been set up on change.org to save the soap. While others are reporting the petition has reached almost 10,000 signatures, this is incorrect. At the time of writing, there are just over 2500 signatures — which gives a fairly clear indication of why Channel 5 has decided to axe the show in the first place.

Will you mourn the death of Neighbours? Let us know your thoughts by writing to letters@crikey.com.au. Please include your full name if you would like to be considered for publication in Crikey’s Your Say column. We reserve the right to edit for length and clarity. 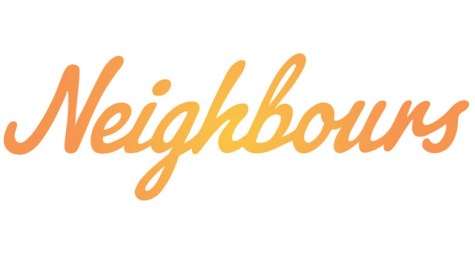 Ten spends millions on news — and shunts Neighbours to digital

I thought Crikey believed in factual news coverage? If so you might want to take a look at the BARB (the official) ratings for all TV programmes and you will see a) Neighbours gained viewers during the 2020 lockdown and has retained circa 82% of them; b) it remains the most watched regular show on Channel Five, and is only beaten by one off shows or things like the possibly soon to be resurrected Celebrity Big Brother.

There are several petitions. This one has about 3000, and is the one which Imogen is referring to: https://www.change.org/p/channel-5-and-neighbours-save-neighbours-the-soap-opera-from-being-axed

It’s not produced here and covid viewing habits are going to change anyway as people resume to streaming services.

The Federal Government should seriously consider co-sponsoring Neighbours, an important and iconic Australian TV series that has sadly been a casualty of the pandemic, ravaging much of the Australian film and television sector. Paul Fletcher must find a way for this to happen. It might help him hang on to his seat in the upcoming election if voters seek to dump the current government for arrogant complacency and gross mismanagement.

It is insanely popular in UK & Ireland – broadcast twice a day in both countries.
Must be all that sun & short sleeves.