If we accept the existing regime of political fundraising, Australia risks going down the slippery slope of US politics where money calls the shots.

For a couple of reasons, I am feeling for the small army of bureaucrats charged with the unfulfilling job of assembling today’s report into political donations.

Today’s Australian Electoral Commission report tells us that from July 1, 2020, until June 30, 2021, $17.9 million was donated to Australian political parties. There are two glaring shortcomings with the methodology in this process. In the first place, the information is old news. And second, at least half the donations are not revealed thanks to the so-called disclosure threshold of $14,300.

Those are bad enough, but it’s the not-so-glaring issues that should bother every Australian concerned about the health and integrity of our democracy. 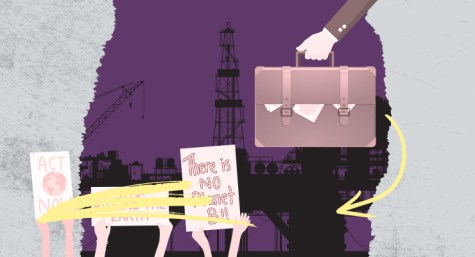 The AEC disclosure certainly doesn’t disclose that political donations are a de facto membership fee to one of the most exclusive and influential clubs in Australia — the club of political influence.

But let’s face it, the “health and integrity of our democracy” is not something to keep most people awake at night — unless of course democracy is under threat. On the current world stage, the citizens of Ukraine and Myanmar could tell us what that means.

In Australia by contrast we have one of the cleanest democracies in the world, underpinned by the practice of “one vote one value”, compulsory voting and a system where we are free to vote without interference. Governments in all our jurisdictions, across three tiers of government, are made and unmade through the ballot box, as sure as the sun rises in the east.

As ABC investigative journalist Linton Besser pointed out recently in “Wither Democracy”, published in Meanjin Quarterly: “The people of Australia or any other liberal democracy, freely examine and criticise the conduct of their elected government. In failed states, the subversion of the rule of law is conspicuous. Police are bribed, planning approvals are arranged in cash, and blackmail is a viable defence strategy.”

Transparency International, the agency responsible for globally smell-testing countries for corruption, ranks Australia 17 out of 180 countries in the world on its Corruption Perception Index. The UK ranks 11 and the United States 67.

So if Australia is such a cleanskin nirvana, what’s all the fuss about? What’s so wrong that we need to know any more than we do about political donations — or as I was counselled recently: “Why sweat the small stuff?”

Seeing as sporting analogies and metaphors come thick and fast in Australia, wouldn’t we always want to see our team at the very top of the leader board?

Besser also warns: “In functioning capitalist democracies, dodging the rules requires subtlety.” Bingo! What could be more subtle than de facto membership of the club of political influence? 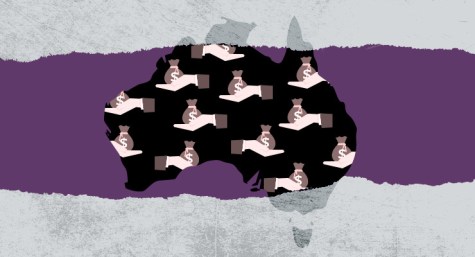 You see, the big money-related malaise in Australian politics today is more like a silent and invisible pandemic. You could even optimistically say that to date no lives have been lost, only a handful of people have ended up in hospital, and life as we know it in the lucky country is chugging along well. You could say the same about politics in the US and many other capitalist democracies.

While Australia is well inoculated against exposure to market-based failures, no one should think we are not at risk of going down the same slippery slope as politics in the US, where money calls the shots.

That is why under the existing political fundraising regime we should at least get the full picture from that small army of bureaucrats about who has given what, and when they gave it. Make no mistake, if we simply accept the fundraising and election funding system we have, even with enhanced disclosure requirements, we will continue to go down the slippery slope called the Americanisation of Australian politics.

It was the American futurist Buckminster Fuller who warned: “You never really change things by fighting the existing reality. To change something, you build a new model that makes the existing one obsolete.”

So it is with our dangerously flawed political fundraising regime. Even in our relatively pristine, corruption-free society we confront a trust deficit between those who govern and those who are governed. The causes of the trust deficit are many and varied. Some are probably unfixable, such as wilful bad practice being carried out by wilful bad people.

Let’s transition to a low value, high volume form of political fundraising — an egalitarian, democratic system of fundraising that reflects Australian values. If just 2% of the 17 million Australians eligible to vote donated $200 to the political parties of their choice the total income would be just under $70 million. That would democratise the fundraising process. Political parties would have no option but to engage with a large number of small donors rather than a small number of large donors.

Australia may be one of the cleanest, least corrupt countries in the world but that doesn’t mean we can’t do better. We can do much better. In this crucial area of public policy, we can make Australia the global exemplar. And that small army of bureaucrats could have the satisfaction of facilitating full disclosure rather than half-truths that lead to a half-truthful account for the public to digest. 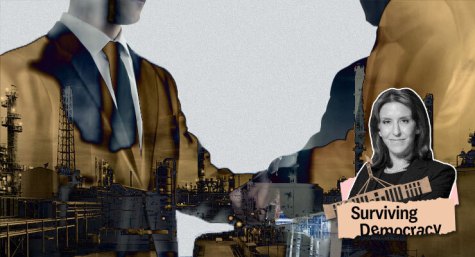 That corruption ranking of 17 is down from our 7th(?) place, alongside Norway, in 2012, as pointed out in Crikey yesterday.

Buckminster Fuller is totally correct though: once a system has been “gamed”, that is a formula to win has been worked out, there is no un-learning the cheat: you have to change the rules and start a new game.

There was a good article in The Intercept towards the end of last year that claimed that there were now only a few hold-out exceptions to the broad-base fundraising model proposed here, in the USA. That is, politicians (especially senators) who are supported by donations from large corporates. Most fund-raise in small denominations from the general population, through web sites and social media. They’ve found that this is overwhelmingly more efficient, especially of their own time: $27 donors don’t expect to be taken to dinner or baseball games, or require speaking engagements.

I suppose that the counter-argument, from the politician’s point of view, is that none of the public small small donors are going to give you a post-politics directorship or whatever other sinecure. Corruption is surely a virtuous circle!

We dont deserve our high ranking of 17. There is a lot of corruption going on that doesnt fit normal definitions. The post political jobs for the boys industry is one such example. But there are other things going on as well, things removed from the relevant players but still influential, eg job offers to influencers children. All sorts of things not visible to normal enquirers.
I think part of the solution, as mentioned below, is to change the rules all the time because no matter what is in place the devious will work out a way in time. Limited terms for individuals is another good thing eg an individual can only be PM or Minister twice. More women and other minority groups would improve things too as they dont have the existing well oiled corruption networks the men do and might provide a refreshing slowdown in corruption.

Limited terms is not just a good thing. It is a necessity.

You could add that our legacy or mainstream media simply does not inform Australians objectively but is indirectly gamed for political advantage, to the LNP…. no coincidence considering the model they operate and narrow media ownership.

If the writer has actually read original versions of ‘Dark Money’ i.e. New Yorker’s Jane Mayer and/or Peter Geoghegan of Open Democracy UK, then surveyed other nations on donations outside the Anglosphere, then we can become informed.

That’s a nasty slide down the slippery slope of corruption. We need to understand how and why this happened.
Impossibly complex and incomprehensible documents from laws, to tax, to Council planning regulations prevent us from understanding or coping with officialdom.
The AEC donations declaration document is one such document – I could not find a simple comparative Lib/Nat/Labour list with all donations shown in full.
None of that is accidental. Government lawyers and accountants have deliberately designed this ‘fog’ of information. If you can’t see what happening, you cannot challenge it – and corruption steals in, unnoticed.
The article quotes: “To change something, you build a new model that makes the existing one obsolete.” Yes, indeed, especially in the face of the endemic corruption throughout Australia.
The two major parties have been ‘bought’ by the corporations whose lobbyists virtually set the trajectory for governments to follow. Many corporations do not pay their taxes, many receive huge ‘assistance’ from the public coffers, some of them openly interfere in political ideology. (Remember the mining corporations multi-million campaign against the carbon fuel tax? & etc).
So do we still have a functioning democracy, representing the will of the people? The 2/3 party system is corrupted; and our thoughts are largely controlled by the Murdoch & Fairfax press empires (Queensland has only has Murdoch papers generally available!)
Obvously fundamental changes are urgently required. I would start by cleaning up the Parties and the elections, by
a) banning donations/gifts over $1,000pa to a political party and requiring the AEC to produce in January clear donation and expenditure figures for the previous year.
b) banning political party ‘business forums’ and parliament-based lobbying organisations.
c) setting very restrictive financial controls over election spending – e.g. no more than $2m (?) can be spent per party nationally during an election period.
d) during election periods, requiring media outlets to allocate time and space to each party in parliament in accordance to its size. Media should not be allowed to carry political party advertising. It should be required to organise live debates to include all political parties over a certain membership size.
That’s just for starters!