The disclosure of federal and state political donations in Australia is so opaque as to be utterly useless.

When the Australian Electoral Commission (AEC) releases its disclosure of political donations tomorrow it will be more about what it doesn’t say than what it does.

It’s simply not disclosed. It’s below the radar because of the magic worked by the so-called disclosure threshold which gets ratcheted up like clockwork every year.

Then think about this: given that the reporting period commences on July 1, 2020, many donations that will be part of the AEC data dump, prepared by an army of public servants, are old news. Too old to be of interest. 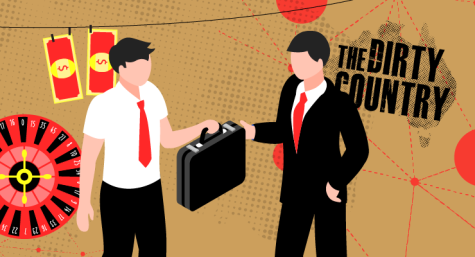 $1b in secret political donations is a plague on both parties

Hmmm. Half the income is not disclosed and what is disclosed is ancient history in terms of political relevance. Do we smell a rat? You betcha!

The disclosure threshold and delayed reporting mechanisms directly and positively affect the payday upside for political parties across the spectrum. That’s why I call it dark money. Australian politics is awash with dark money.

Imagine if government departments and agencies said to all $100 million-plus businesses — which is what the larger political parties are — don’t worry about declaring half your income and we’ll also give you another year’s grace to file your return. What a bonus!

As an exercise that has been around for the best part of 50 years, the disclosure of donations in Australia federally and around the states and territories is largely a cover-up, a blatant exercise in subterfuge, distraction and distortion.

So here we go again.

In Australia we need what’s known in the trade as “low-value-high-volume” political fundraising. That’s how many of the major charities operate. As a result, they are in touch with a large number of small donors rather than a small number of large donors — a perfect model for contemporary political parties and candidates.

If you get around to reading tomorrow’s AEC disclosure — which very few Australians will — don’t get too excited about what’s optimistically referred to as the “transparency register”. In a process that is all about opaqueness, having a transparency register is a bit of old-fashioned spin in a world where spin plays a big role.

Is it time to completely rewrite the laws governing political fundraising? Let us know your thoughts by writing to letters@crikey.com.au. Please include your full name if you would like to be considered for publication in Crikey’s Your Say column. We reserve the right to edit for length and clarity. 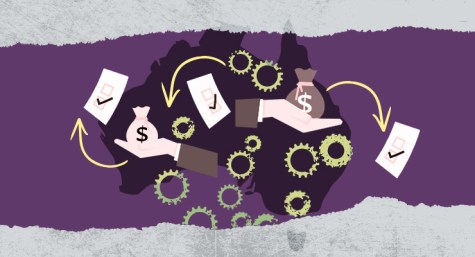 $1b in secret political donations is a plague on both parties

Having opaque and out of date reporting arrangements with crazy money limits are worse than having no system at all. The guilty can refer to them and say it wasn’t us.But I would be interested in what you have in mind with a “rebuilt” system. In the meantime we should move the financial limit back to $1,000 reported within 14 days of having occurred.

Simple. Ban political donations altogether. At the very least as an interim, enforce real-time public disclosure like they do overseas.

I was hoping this would be an informative article that explores why the election disclosure process is so inadequate.

Curiously, it was no such thing. The article mearly states that the disclosure threshhold is too high, and the disclosure timeframe is too infrequent. It says the system is “beyond reform” and requires “total demolition and rebuilding”. But it doesn’t explain the history of the system, or explore any constructive ideas about what an effective system might look like.

I’m wondering why the article appears in Crikey at all.

Just filler from Yucky Yabsley Yuppie Yobbo as he was known when chief headkicker for Kermit.

Could the next federal Labor government pass legislation to reduce the disclosure threshholds to $low with a real-time publication system i.e. a disclosure web site?

Would Labor want to do that, or would elements in the ALP resist? If so, who?

Neither major party will touch serious electoral donation reform/reporting with a 40 foot bargepole! The Libs will want to preserve the large corporate donors/influencers, while Labor has Union/factional issues to contend with. There are people of good intent on both sides of the Parliament, but not enough to make a difference..

Peter Fuller
Reply to  The Gerb

The Gillard Government attempted to set the minimum figure for disclosure at $1000, and has taken similar proposals to subsequent elections, so it’s rough to same-same the major parties on this issue. The Gillard proposal was dead on arrival because Oppo Leader Abbott welshed on an agreed deal he had already made.

Both parties know which side their bread is buttered on.

annelb
Reply to  The Gerb

That’s why we need a minority government that includes Greens and Independents who will put pressure on the need for political donation reform because it’s part of their platforms. The current system is ruining what passes for democracy in the country and it’s way past time it was reviewed, all donations capped at no more than $1000, and reported immediately. There’s no excuse not to do that given the immediacy of the internet.

Kimmo
Reply to  The Gerb

People of good intent on both sides of Parliament?!

You seem unaware of the fact that nobody of good intent in the LNP makes it to Parliament – cf. Michael Towke.

Can we have some formatting buttons? A phone sucks for HTML tags.