One analyst says the way Scott Morrison's account was treated is a sign of his and Australia's reputation being in China's garbage bin.

Scott Morrison has lost his WeChat account. The prime minister’s account on the popular Chinese social media platform was taken over last year and quietly rebranded as “Australian-Chinese New Life”. Efforts by the government to reclaim it have failed.

For Liberal Senator James Paterson, chair of the Joint Parliamentary Committee on Intelligence and Security and a China hawk, the account takeover is a sign of foreign interference. Government MPs are pledging to boycott the platform ahead of the next election.

For Huang Aipeng, chief executive of Fuzhou 985 Information Technology, which now controls the account, the whole thing was a simple commercial transaction.

“I don’t even know who [Scott] Morrison is. I saw the account has a lot of followers, so we bought it,” Huang told the ABC. 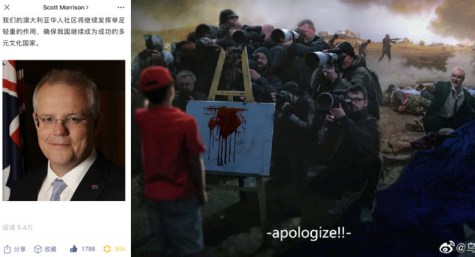 That the new owners’ registered website is a Chinese underground sports betting company adds another layer of murk. But whatever the reasons behind the takeover, the saga shows how Australian politicians’ relationship with WeChat, and China in general have changed since 2019.

The trouble with WeChat

Australian politics has always had a slightly uneasy relationship with WeChat. The platform has more than a billion users worldwide, and is popular among Australia’s large Chinese diaspora. It made sense for politicians to get in on the WeChat action, and that’s exactly what happened before the 2019 election, when both Morrison and former opposition leader Bill Shorten joined.

The one catch is that WeChat, and its parent company Tencent, operates under Chinese law, and is therefore subject to censorship, surveillance and data sharing obligations with the Chinese Communist Party.

“One main difference between WeChat and Western platforms like Facebook is it has to constantly strike a balance between its commercial interests and the CCP’s ideological interests,” Deakin University researcher Fan Yang said.

For domestic politicians, that means complying with WeChat’s rules for official accounts. It explains why when Morrison, Shorten and others set up their accounts in 2019, they registered through a Chinese national. This was in order to access the perks of an “official” WeChat account.

Yang says the process involved politicians’ offices outsourcing handling of the platform to marketing agencies with links to China, who then sought third parties to register their accounts under. Morrison’s account, for example, was originally registered by a person in Fuzhou, known as “Mr Ji”.

According to Australian Strategic Policy Institute senior analyst Fergus Ryan, this method was “ill-advised” because it meant politicians didn’t have ultimate control over their account.

We don’t know anything about “Mr Ji” or why he sold Morrison’s account. But we do know that since 2020, the accounts of Labor politicians like Dan Andrews and Anthony Albanese managed to achieve a workaround whereby they could operate their official accounts without going through a third party based in China.

Ryan says the prime minister’s office should have tried to achieve a similar solution with Tencent.

“If they didn’t do that, they’re ignoring the problem that’s staring them in the face,” Ryan said. “If they did ask them that, then Tencent would be giving white glove treatment to the ALP.”

The PMO had not responded to our request for comment at the time of writing.

The difficulties with registering an account are just one of the challenges engagement with WeChat has thrown up. Ryan believes major parties should come to a mutual agreement not to use it because of the risk of censorship and surveillance.

“Even when you do sort out all these issues, you’re still working in an environment that’s highly censored, and it skews the kind of message you can get out,” he said.

We have already seen instances of that. In 2020, WeChat censored a post by Morrison criticising an inflammatory tweet by Chinese foreign ministry spokesman Zhao Lijian. A day later, the Victorian Liberal Party had its name forcibly removed for breaking platform rules.

On the other hand, the potential for WeChat as a tool for politicians to speak to Australia’s 1.25 million-strong Chinese diaspora is huge.

“Many migrants receive news stories from WeChat accounts which editorialise and sensationalise,” Yang said. “It’s very important for the diaspora to get information directly from those politicians instead.”

In the 2019 election, WeChat was very effective both a campaigning tool and a misinformation vector. Several supporters of Liberal MP Gladys Liu, who boycotted the platform yesterday, used WeChat to spread scare campaigns during the narrow race for Chisholm, an electorate with a large Chinese population.

Despite these issues, politicians appeared happy to continue using WeChat until the latest story broke. Now there are calls to boycott it, or ban it altogether, a sign of how the China relationship has deteriorated since 2019.

Yang says she can see a correlation between the anxiety around WeChat and the heightened geopolitical tensions. And according to Ryan, the way Morrison’s account was treated is indicative of Australia’s tainted image in China.

“We shouldn’t lose sight of the fact that while the core of the story is one of incompetence on behalf of the PMO, it also is illustrative of just how much Scott Morrison’s name and the Australian government’s reputation is in the garbage bin in China,” Ryan said. 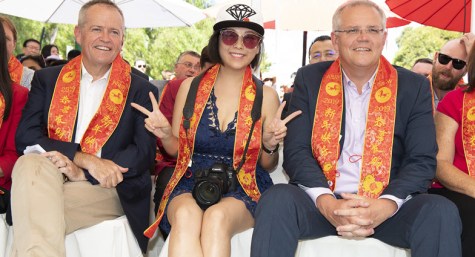 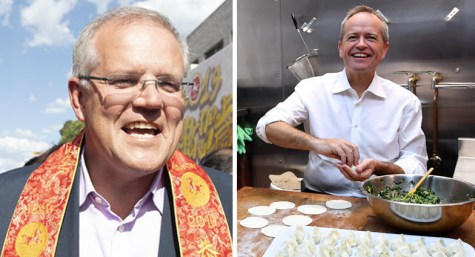 Is there anyone Scomo has not duded or upset?

I’d say himself except that, rumour has it that Jen has to shave him each morning as he cannot bear to look in the mirror.

Are you sure? I heard he is the only heterosexual male in Australia to carry a compact mirror in his pocket. Powder his nose. Well, nose, powder and mirror in the same sentence.

Even that would be insufficient to explain the unending, incoherent babbling.

Fancy having a WeChat account. Scomo the Ad man. I could go further but suffice to say Golden Showers have nailed many right wing booster boys.

The problem was staring them in the face and they did nothing about it. Sounds familiar. And now it’s someone else’s fault of course. But if it is a useful channel for disinformation and misinformation you can see why the PM will miss it.

Yang : “Many migrants receive news stories from WeChat accounts which editorialise and sensationalise. It’s very important for the diaspora to get information directly from those politicians instead.”? …… Because politicians’d never do that?
Like the “widespread benevolent joys” of “negative gearing”, “anti-vax” and “gas led recoveries” : the “rubbish about climate change” speak?
….. Or the US-anchored effluent output from Murdoch’s ideological septic think tank?

The Morrison government have elections to win… unlike the CCP… The anti China sentiment in Australia and around the world, is in overdrive, 80% of Australians have a negative view of China, Morrison will run the election on a strong anti China narrative, he will use this WeChat episode to lay a trap for Labour to walk into if Labour keep using the platform, and smear Labour as CCP stooges

The Anti-China sentiment is not “around the world” It is however, prevalent in the Anglo sphere and Europe due to Murdoch and other right wing “news” outlets. The West is not the world.

The Vietnamese do not seem overly fond of them, nor are Filipinos, Japanese, Koreans or Thais et al and Singapore keeps CCP influence on their ethnic citizens well stifled.
How many of those countries have Moloch owned media?

ASPI seem determined to start a war with someone, anyone so they can flog off some more weapons, most of which are not fit for purpose.
No doubt this will turn out to be another dead cat from Scotty.
Maybe Gladys can use her influence with the CCP to get his wechat back?
Of course albo must take the blame for backing in the commies…