While the US and Australia build up military partnerships in the short term, history shows that economic ties are the ones that truly bind.

Submarines are stealthy, but trade is stealthier. Both generate security -- the former by deterrence, the latter by interdependence. But the kind of security created by trade lasts longer.

Submarine deals are easy to walk away from. Just ask France, which this year lost a longstanding contract to provide attack submarines to Australia. Economic interdependence created by trade deals is harder to unravel. Just ask Donald Trump, who couldn’t break up the North American Free Trade Agreement and had to settle for a cosmetically renegotiated pact.

This contrast highlights the difference between the short-term game Washington is playing in the Indo-Pacific and the long-term one played by Beijing. The United States is betting on the AUKUS security pact it signed with Australia and the United Kingdom, the main feature of which is a promise to deliver submarines to Australia. China is betting on using trade to win over its neighbours, particularly the members of the Association of Southeast Asian Nations (ASEAN), the most successful Asian bloc.

Read more about why economic partnerships are a better way forward than military alliances...

Kishore Mahbubani, a distinguished fellow at the National University of Singapore’s Asia Research Institute, is the author of Has China Won? The Chinese Challenge to American Primacy. 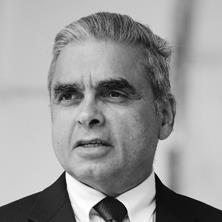