How to spin a pandemic in Adelaide: first, call in the ’Tiser for a briefing

Panic after weekend reports of SA border closures show the hazard of governments using one media outlet as a community message board.

A month or so back, a group of Adelaide media company bosses wrote to the South Australian premier’s office to express concern at the way the Marshall government had, and continued to, disseminate public health information during a major pandemic.

Almost every major daily news organisation was represented — including Solstice Media, which publishes InDaily — save for News Corp, whose Adelaide Advertiser newspaper and website have long been the government’s favoured vehicle for road-testing public health updates.

This is sometimes done by way of the traditional “drop” — an outright handover of information ahead of general distribution — and sometimes via a background briefing allowing a speculative report ahead of an official announcement.

“It’s not an easy time and good public health messaging is critical,” the letter argued, putting “on record our concern about the government’s piecemeal release to the media of crucial public health information”.

It’s worth noting that unlike all the signatories, News Corp is the only outlet that charges a fee to access the information it imparts — although its AdelaideNow website often removes its paywall for COVID-related content.

By all accounts, Steven Marshall’s office responded politely enough, although the letter was subsequently leaked to The Advertiser, which had a lot of fun suggesting the rest of Adelaide’s media had “sour grapes” about its “scoop”.

To be clear: as a journalist, the idea that I would have professional jealousy about another publication getting access to information ahead of me is… well, absolutely correct. Of course I do. But there are far more important issues at play here.

For a start, the government’s ad hoc approach to the dissemination of information means that often different information is provided in the ’Tiser’s “background briefings” and the actual media conference. Sometimes these are seemingly trivial, inconsequential things, such as the age of someone who has returned a positive COVID test. But to professional reporters, basic facts are always important and should be treated with care.

Then there’s the murky grey line that separates the government’s editorial relationship with News Corp and its commercial one. I’m not suggesting anything improper here, but when a government has multimillion-dollar advertorial deals with a company — and when its health agency is a tenant in that company’s city headquarters — it is even more important to avoid creating any perception of a lack of editorial independence elsewhere.

But there’s no conspiracy here — the truth is as it’s always been.

News Corp may be a shadow of its former self but it’s a shadow politicians still jump at. You only need witness fledgling Speaker Dan Cregan’s various self-flagellating attempts to curry favour with the ’Tiser in a bid to stop it crucifying him for leaving the Liberal fold, from his ubiquitous tin of beans to giving away his perks and pay, and each humiliation greeted with the zeal of a hopeful frat boy being hazed: “Thank you, sir, may I have another?”

Whatever the rationale, it’s clear that a key plank of the government’s COVID messaging has long been to use the daily paper as a community noticeboard to flag its intentions. And mostly this goes by without a hitch as — purely by way of example — in August when the Sunday Mail flagged a transition committee meeting that would increase capacity restrictions for indoor venues, doubling the then-25% density requirement. Still, no one in the broader media had any sour grapes about missing out on Friday night’s ’Tiser drop — spruiking an “emergency lockout within days” sparked by fear of the spread of the Omicron variant.

The resulting article forecast that “the crisis directions committee will likely rule that borders with NSW, ACT and Victoria should close for at least the next fortnight”, stating that “authorities are considering closing borders from 7am Monday to prevent the highly infectious strain spreading in SA”.

“It is understood the crackdown will ban all but essential travel to SA while fully vaccinated returning SA residents would be required to quarantine for seven days,” the article stated.

The report sent shockwaves across state borders. I had relatives distraught at the prospect that Christmas reunion plans would be scuppered. The business community was up in arms, with Peregrine Corporation and The Bend Motorsport Park boss Sam Shahin tweeting: “We need to hold our nerve and stay the course… it will be wrong to restrict interstate travel.”

But, still — all well and good to report, preparing the ground for the inevitable confirmation.

Except that it didn’t. Because at the next day’s meeting, the recommendation of chief public health officer Professor Nicola Spurrier to close the eastern borders was shot down, at least for now.

“I’ll put you out of your misery — Professor Spurrier came to the directions meeting with a recommendation to close borders, as the most risk-averse position we could take,” emergency coordinator Grant Stevens told reporters at a Saturday media conference. “Professor Spurrier’s position was that the best and most effective way to eliminate the threat of Omicron was to close borders.”

But the meeting resolved to take another tack, with the evolving situation to be monitored daily.

The Labor opposition is firing up about the scare, arguing local tourism and hospitality businesses saw cancellations amid the confusion and uncertainty “sparked by a leak from within the government suggesting borders were to close”.

But let’s be clear here: this was no leak. It wasn’t even presented as a leak. This was extraordinarily detailed information, confidently presented as insider knowledge. This was, rather, a briefing — of the kind that has occurred week in, week out throughout this pandemic as the central strategy in the government’s health messaging.

To be clear, I’m not having a go at any of the journos who reported this story. They’re entitled to believe what they’re told in a high-level briefing — and, indeed, it was correct to report, as they did, that the state’s COVID chiefs would on Saturday “consider an emergency border lockout of NSW and Victoria”.

But it’s also clear they expected that consideration to lead to a closure. Indeed, when one commentator on social media suggested the story was merely speculative and overhyped, one of its authors pointedly responded: “You’re wrong.”

Which means one of two things: either authorities wanted people to believe the worst-case scenario that borders were closing in order to make the “speed-bump” changes imposed instead seem a relative relief. Or, much more likely, the briefing was conducted by someone who expected borders would be closed — but didn’t anticipate a directions meeting ultimately deciding otherwise.

And I don’t want to be the guy who has to say “I told you so”… but the government was literally, explicitly warned about all this in that letter the ’Tiser found so hilarious last month.

That potential was devastatingly realised at the weekend.

The most important quality you can have when trying to sell a public health message is trust. I’ve been finding that hard to muster of late.

After all, we’re talking about a government that continues to frequently refer to its SA COVID modelling (on which it briefed the ’Tiser last month) as “the Doherty modelling” — despite the fact that the actual Doherty Institute has publicly stated it is not its modelling, and in fact, that the suggestion it is has been “misrepresented” prompting quite some “frustration” from one of the Adelaide University researchers involved.

Does the government not know this, or does it not care? Either way is not ideal.

Still, as a journo, if you don’t trust a source for whatever reason, you demand attribution. And that is what the SA public should demand. If authorities are going to brief a single news outlet about their likely plans that will dramatically affect the lives — and possibly health — of South Australians, they must put their names to it.

Or, far more preferably, they should simply stand up and tell South Australians at a regular, single media event the latest consensus on this issue that is shaping all of our lives.

This story first appeared on InDaily, where Tom Richardson is a senior reporter.

Tom is a reporter for InDaily. A former SA Journalist Of The Year winner, he has previously covered politics – amongst other things – for Channel 9, The Australian and The Advertiser. 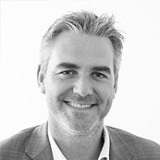 Thanks Tom, nice to get the ‘inside’s story.

I subscribe to the ‘Tiser against my better judgement, given the need for sports results, etc, but I hope their circulation keeps dropping while they parade Caleb Bond, Christopher Pyne, Miranda Devine and other Newscorp second-raters.

On the other hand, I enjoy InDaily, esp Touch of the Fumbles, although it is amusing to see if their daily ‘property for sale’ ever ventures out of their preferred suburbs into the real world.

The other scandal here is the bias in the Covid reporting of the Murdoch rags (depending on whether the state government is Liberal or Labor) and their censorship of any comments pointing this out.

Throughout Covid the Brisbane Murdoch rag ran an anti-Palaszczuk article pretty-well every day and criticised her for policies that were no more hardline (and sometimes less hardline) than what ‘their man’ (Liberal Premier, Steven Marshall) in SA was doing, but which the Adelaide Murdoch rag would put a favourable spin on. Any online comments pointing this political bias out were deleted by the Murdoch moderators.

So not only are they propagandists rather than journalists, but they’re pathetically precious about anyone commenting on this.

Yes, I’ve just about given up replying to articles in The ‘Tiser. It’s full of RW drudge and any attempt at polite rebuttal rarely gets published in amongst the dross.

So now I reply with an emphasis which I know won’t get posted, but gets the message across to the Moderator. Waste of time, but I feel better for it 🙂

Welcome to the tyranny of living in a one-newspaper town.

Nuke the Murdoch empire from orbit, it’s the only way to be sure…