The prime minister has taken what was once an essential journalistic tool for disrupting conspiracies of silence and fashioned them into a political weapon.

There’s little more irresistible in political reporting than the well-timed leak. It’s the perfectly crafted win-win of the outside-insider model of reporting that shapes modern journalism: a story (a scoop!) for the journalist, political advantage to the leaker with a profile lifted or a news cycle launched.

Now, under Morrison and his loyal team in the Prime Minister’s Office, it’s been gamed out to its end point. No longer about getting the news out, governmental leaks have been turned into a potent political weapon with a single goal: to damage, to deflect, to mislead. (Why here’s the Presidential texts over the French submarine deal!)

It’s all a part of Morrison’s marketing jiu-jitsu that turns ethical journalistic practice back against the media. The heat-seeking leak sits along with his repetitive non-responsive answers at press conferences, the unapologetic (almost reflexive) gaslighting, the liberal seasoning of news-friendly anti-Labor jabs, the audio-friendly alliterative plosives (Back in Black! Can-do Capitalism! Technology not Taxes!) rendering as accessible earworms for the politically inattentive, and his easy exploitation of the semiotics of the hi-viz suburban dad equally for Facebook and the evening television news.

Wrapped up and you have the “walking, talking, weaving, wedging, endlessly posing” Prime Minister nailed by Nikki Savva in the Nine mastheads last week.

The leaks have shocked even once skilled practitioners of the dark political arts. Increasingly, it feels like the gallery is over it, sick of the wrestling with smoke that is reporting on the Morrison Government. 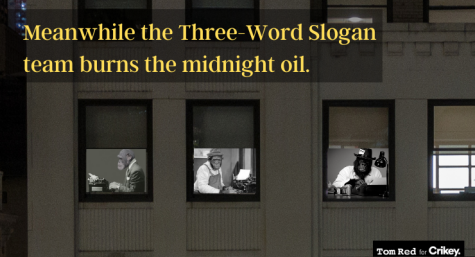 An early guide to the slogans of the next election

The government wants leaks to be the currency of access, a tool to reward and to punish. Journalists remain eager to separate what leaks have become from what they once were (and still can be): an essential tool to break down closed doors, to disrupt conspiracies of silence.

Outside political reporting, they still set off the big investigations that shake up society. (Here’s the Pandora Papers.) But inside Canberra? Just about all that off-the-record, not-for-attribution, sources-say is so much lathering that provides the frisson of secret insider knowledge to the most mundane of stories.

The leaks crisis has been building in Canberra over decades. Leaks are no longer disruptive. With the power of surveillance technology (and Australian Federal Police investigations) they’ve become a Prime Ministerial monopoly. Here’s the accepted rule of thumb in reading Australian politics: just about any unsourced comment or document floating out of the government comes from (or is, at least, authorised by) the PMO.

If the tactic is so obvious, so centralised, why leak at all? Why not just say openly what’s leaked confidentially?

At the State level, News Corp’s city tabloids hold out the offer of front page bannering in exchange for pre-emptive exclusive drops.

Self-serving leaks leverage journalists’ ethical obligation to respect the confidentiality of sources, all while appealing to the craft’s importance. After all, as the state government COVID pressers showed, open announcements allow politicians to speak past the media directly to voters. Which journalists want that?

Although the best of Australia’s political journalists know what’s going on, the reporting game means they have to effect a certain obliviousness. “As a journalist, I will never condemn anyone for leaking anything,” AFR political reporter Phil Coorey (and recipient of Macron’s leaked confidential texts) said on Insiders recently. The other panellists nodded along.

It was a throw-away on-air comment. But as journalistic practice, it’s both very right and very wrong. Keeping a source’s identity confidential should always make journalists uncomfortable: it’s ethically essential, but it’s depriving the reader of important knowledge — sometimes the most important bit of the story.

Australia’s code of ethics captures this dilemma: “Aim to attribute information to its source. Where a source seeks anonymity, do not agree without first considering the source’s motives and any alternative attributable source. Where confidences are accepted, respect them in all circumstances.” (Disclosure: I contributed to drafting the Code.)

A bit more attribution, a bit more consideration of motives, would provide Australians with a better journalism that better respects the public’s right to know. 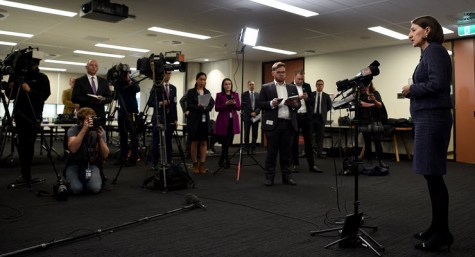 Not too hot, not too cold: COVID-19 reporting needs to be just right 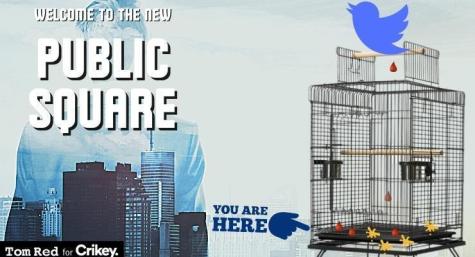 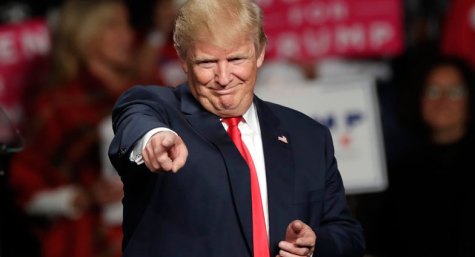 How can you tell when a leak comes from the PMO? The leaker isn’t dragged before the courts.

Somebody is holding their hose?

The ABC and other Journos houses aren’t raided by the AFP!

Many journalists have the code of ethics printed on their toilet paper.

Then they have no excuse for ignoring it – though it does suggest not just cerebral constipation.

Correction: Most journalists have the code of ethics printed on their toilet paper.

Since recipients of the leaks are favoured by the amoral, corrupt, LNP it is logical to paint them with the same brush and conclude they are themselves amoral and corrupt. Not fertile ground for ethics.

The leak put in context is what the public needs to know. Nikki Savva does this well.

Journalism for suckers – THE BLOT REPORT