When even the Gas Exporting Countries Forum is lamenting the fact that hydrocarbons are a victim of 'cancel culture', it's probably time to retire the phrase. This and more from the Crikey bunker.

Gassing us up Ok, I think we can call it: if it ever meant anything, the phrase “cancel culture” is officially meaningless. Following COP26, the Gas Exporting Countries Forum (GECF) — a group of 18 gas exporting countries headquartered in Qatar — have put out a statement lamenting the “the ongoing reductionism and cancel culture on hydrocarbons”.

Between this and John Cleese voluntarily withdrawing from a Cambridge University event and calling it “cancel culture”, I think we can haul the phrase off in a body bag.

Adem’s adventures in good government Disgraced former Victorian Labor MP Adem Somyurek is the latest aggrieved party to attach themselves to the movement against Premier Dan Andrews‘ pandemic bill. With palpable, audible glee, he is returning to Parliament to vote against it. He writes in The Herald Sun that the bill gives “too much power to the government”:

Since I did not trust the opposition (Coalition) with such power I would argue that without meaningful parliamentary oversight and independent review mechanisms as Victorians we all risk the prospect of being unjustly governed by a Coalition despot in the future.

Ah yes, we’re so glad that Somyurek is continuing his life long commitment to consistency in government, ensuring proper oversight, and ensuring that government figures don’t accrue too much unchecked power.

Quantum of solace With the government playing catch up with most developed countries and yesterday announcing it was tipping money into quantum computing (the most hyped technology until blockchain came along to change the game), we were treated to Minister for Science Melissa Price being allowed out of witness protection to pronounce “Australia is a world leader in quantum”, refraining from adding that only a quantum computer could ascertain her whereabouts most of the time. It swells the heart to hear that we’re a world leader in “quantum”, but we have some competition for that title — indeed, when it comes to quantum computing, the leaderboard is more crowded than the first day of the Masters.

Except there really is only one world leader in quantum computing, and that’s China. We’re surprised the announcement wasn’t sold as a crucial step in our brave defence of Taiwan.

Taming of the new (website) Well, I guess this counts as a little forward sizzle, but it looks like Australian of the Year Grace Tame is launching a foundation — or at least someone has put together a website (still locked at time of writing) and an (as yet post free) Instagram account to that effect: 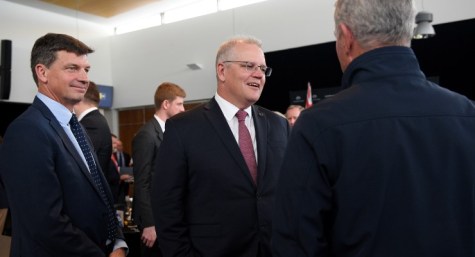 Tip of the Day: Mates not markets — the Liberals are addicted to private sector intervention 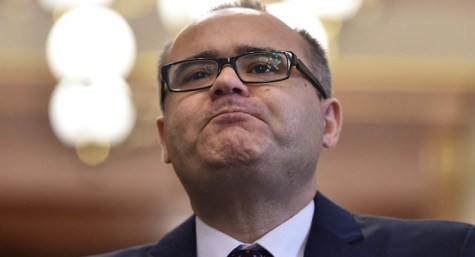 Tips and Murmurs: who killed Somyurek … credit to the West … more pilots crash

Given that, to quote the linked BBC article, “Cleese was due to visit the University of Cambridge as part of a documentary he is making on “woke culture”.” you can probably safely assume that his exit from the program is vastly effective PR for the documentary. Nice job!

Does seem a bit rude of the Cambridge Union for banning the historian fellow though, given that his transgression was apparently a parody and for which he has apologized anyway. No doubt that’s Cleese’s point.

Adem Somyurek does have a point I think, just that that isn’t the reason he said it.

Adem Somyurek is as dodgy as Mal Colston was in the senate back in the 90’s. Upper House MP’s under investigation for corruption or criminal activity should not be allowed to vote on legislation or, if they do, then they should have a pair to negate said vote.

Dear Adem. Your proposed actions show you for what you have always been . You are not a nice person . You are in fact a power-hungry loser now looking for revenge without any thought about the impact or consequences of your actions . As time passes you will be forgotten and your empire will crumble and disappear. History will remember you for what you are.

Between this and John Cleese voluntarily withdrawing from a Cambridge University event and calling it “cancel culture”, I think we can haul the phrase off in a body bag.

And please, please can you take ‘woke’ with it? Same bag, I don’t care.