Lies and Falsehoods – the politics of deception

Usually only for Crikey subscribers, this FULL EPISODE of November’s Crikey Talks is available for everyone to watch until December 17 2021.

All politicians lie. They twist the truth, exaggerate and spin.

In May 2021, Crikey published A Dossier of Lies and Falsehoods. Compiled by Crikey’s political editor Bernard Keane, the dossier was an uncomfortable but important investigation that exposed Australia’s prime minister as a systemic, consistent and unremitting public liar.

The response we had to the dossier was overwhelming. It seems that the public approves of public interest journalism, pure and simple.

The next step naturally, was for Bernard Keane to combine Crikey’s eye-opening dossier of Scott Morrison’s documented lies with an insightful take on why deceivers dominate in the new era of politics.

On the eve of the launch of the book, Crikey’s Janine Perrett chatted with the author Bernard Keane and the Executive Director of The Ethics Centre Dr Simon Longstaff about the investigation, the current state of honesty in politics and how we can improve the quality and trustworthiness of public debate.

This book is the first in The Crikey Read series by Crikey and Hardie Grant Books; a series that brings an unflinching and truly independent eye to the issues of the day in Australia and the world.

Columnist @PerrettReport
Janine is a regular Crikey contributor. She is a journalist, broadcaster and commentator on business and politics with four decades of experience working in newspapers, radio and TV. She has worked across The Australian, The Sydney Morning Herald, The Nine Network, ABC, and Sky News where she hosted many shows including The Perrett Report.

Politics Editor @BernardKeane
Bernard is Crikey's political editor. Before that he was Crikey's Canberra press gallery correspondent, covering politics, national security and economics. Bernard was a policy adviser and speechwriter in transport and communications. He is also the author of several books dealing with politics and related issues, including War on the Internet.

Executive Director @SimonLongstaff
Dr Simon Longstaff AO is executive director of The Ethics Centre. Simon is an Adjunct Professor of the Australian Graduate School of Management at UNSW, a Fellow of CPA Australia, the Royal Society of NSW and the Australian Risk Policy Institute.

Lies and Falsehoods: The Morrison Government and the New Culture of Deceit

No society or democracy can function without trust, and the consequences of this profound shift are clear. The first step to a remedy is in understanding both the liars and the environments in which they lie.

Lies and Falsehoods does exactly that, in this highly readable and incisive account of how we found ourselves in this fractured post-truth world, and how we might get out. 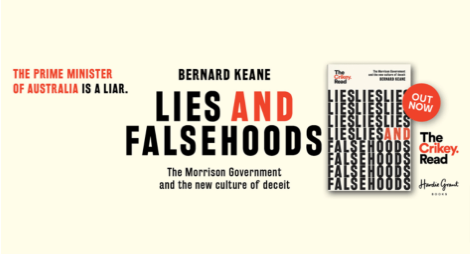 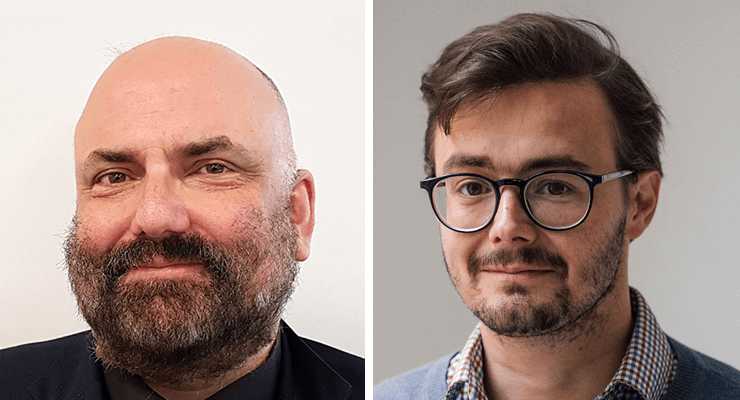 How we got to here

Crikey readers are no stranger to the political prose of Guy Rundle, who has been engaging and challenging our readers since 2007.

Join Crikey’s Charlie Lewis as he chats with Guy Rundle on his new book, which focuses on the past decade in Australia.

The ten years from 2010 to 2020, Guy believes he has witnessed a country changing and fracturing, due to the global wave of populism that has swept across conventional politics, and solidified the culture wars.

Be a Crikey Talks speaker