Does the socially conservative and staunch Catholic NSW premier take holy orders from above?

Voluntary assisted dying legislation was billed as the first test for New South Wales Premier Dominic Perrottet and his arch conservative Catholic views. But barely a fortnight into his reign as premier, the answer is in.

The NSW government has pushed VAD legislation into the long grass of an upper house inquiry just as momentum was building for a parliamentary vote before the end of the year. The delay buys precious time for opponents of voluntary euthanasia to torpedo the bill.

Every Australian state has passed a VAD law (New Zealand too) leaving NSW as the final great battleground for the Catholic Church which has always led the organised opposition to voluntary euthanasia. 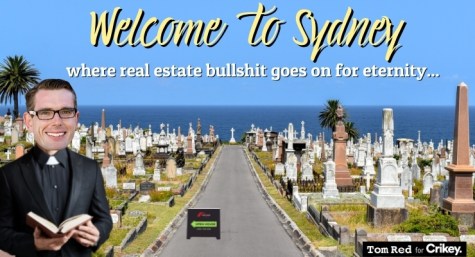 Perrottet, sensitive to public perceptions, has positioned himself as the tolerant new leader who would not allow his religious conservative views to get in the way of public administration. He might be personally opposed to voluntary assisted dying but he promised a conscience vote for his party. The move gave the impression of a hands-off leader.

It turns out there are many ways to skin a cat.

Yesterday Perrottet’s main political ally, upper house MP and state Finance Minister Damien Tudehope, took the lead and announced there would be an inquiry into the bill, as part of a political deal with the Shooters and Fishers Party.

Tudehope and Perrottet are part of a network directly linked to the old George Pell forces of the Sydney Catholic archdiocese, led by Archbishop Anthony Fisher, known as “Boy George” due to his close relationship with Pell.

The incestuous relationship between the Perrottet and Tudehope clans centres on the NSW state seat of Epping which is effectively controlled by the Catholic Church. Perrottet took over the seat from Tudehope after Tudehope was bumped up to government leader of the Legislative Council.

The connections keep coming and spread further — to Canberra and the church’s seat of power in Sydney.

Before joining Perrottet, Monica had worked on the staff of former prime minister Tony Abbott.

Another one-time Perrottet adviser, Keiran Byrne, attended Perrottet’s old school, Redfield College, whose chaplains are adherents of the highly conservative Opus Dei movement. (Perrottet is publicly adamant he is not a follower of Opus Dei.) Byrne, in turn, is a media adviser in Prime Minister Scott Morrison’s office in Canberra.

And to cap off the revolving door of conservative Catholic politics, a former member of Abbott’s prime ministerial staff, Kieran Walton, is private secretary to Fisher.

At this stage it is probably worth remembering that all these ministerial positions and movements are paid for by the taxpayer. Just saying.

Before he entered Parliament, Tudehope was a member of the Catholic Cemeteries Board. Another member of that board is Pell’s right-hand man, Danny Casey, who has been in the thick of church politics and finances for years. As Crikey has reported, Casey has more recently led the church’s public lobbying to change a Berejiklian government decision which threatens the church’s hold on Sydney’s cemeteries.

Perrottet and his spear carriers have taken umbrage at criticism of his conservative Catholic values. It’s been depicted as a form of religious bigotry. Yet the network of influence at work on the VAD and cemeteries issues shows the public is right to be sceptical of Perrottet’s claim to keep church and state separate in his actions.

Faith is one thing. Being captive to the political power of the Catholic Church is something altogether different — especially on legislation which is supported by some 80% of the public.

How do you feel about the VAD legislation vote being delayed? Let us know your thoughts by writing to letters@crikey.com.au. Please include your full name if you would like to be considered for publication in Crikey’s Your Say column. We reserve the right to edit for length and clarity. 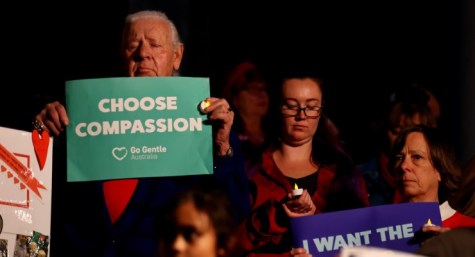 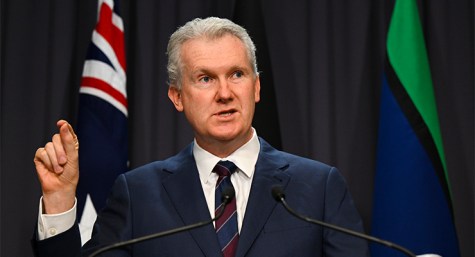 It’s karma: Tony Burke’s opposition to voluntary assisted dying has come back to bite him

Incestuous relationship?, yes it is. I can hear the banjos playing from down here in the Land of Dictator Dan. This situation will inevitably lead to a need to revise the meaning of ‘head count’.

This is based on nothing other than my gut feelings looking at the man’s demeanor: I wouldn’t trust him as far as I could throw him.

Seems the New South Wales Liberals are now suffering the same sort of “dominate or destroy” attack that the church of Rome launched against the Labor Party in the 1950s. One day, perhaps, these people will realise that their rule of cruel dominance ended when the population began to be educated.

Very informative article David. You have shone a light on the behind the scenes actions and connections that the rest of us would normally be unaware of – and the CC definitely prefers to wield its power behind the scenes. Well done and thank you.

Words of wisdom from the establishment: stop it, stop it, or you’ll go blind!!!