Almost every other advanced economy has instituted unemployment insurance, so what's holding Australia back?

After Jacinda Ardern’s thumping New Zealand election win in October, supporters hoped for a more ambitious agenda with the straitjacket of coalition government lifted. And sure enough, she has now tabled some bold policies which NZ Council of Trade Unions economist Craig Renney says amount to “a quiet revolution”.

Currently being debated is her unemployment insurance (UI) proposal. While details are still being hashed out, we know the scheme will pay laid-off workers 80% of their previous income for at least six months.

The Ardern plan will leave Australia one of only three OECD countries not to offer some form of temporary income replacement scheme, shunting all unemployed people on to the flat-rate JobSeeker payment.

This raises the question: should we join almost every other advanced economy and institute UI?

Raise the dole or add UI? Why not both?

The Morrison government was reportedly considering a 70% UI scheme in February. Based on a proposal by think tank the Blueprint Institute, the “JobMatcher” scheme was intended to help the recently unemployed focus on rebounding into their next job — an approach supported by international economic research. As Australians rarely take out private UI plans because they’re usually expensive and contain copious carve-outs, Blueprint argued the state should step in.

However, the government seemingly shelved the idea after Labor, the Greens and welfare groups lambasted it for not offering the long-term unemployed an improvement in living standards. Morrison’s dalliance with UI coincided with his miserly $25 a week increase to JobSeeker. Why experiment when we could just boost the dole?

Australia’s basic welfare payments are indeed shamefully low and UI should be a secondary priority, as even the Blueprint scheme’s architect Steven Hamilton later emphasised. But it needn’t be an either/or proposition.

Ardern’s government has recently substantially boosted benefits for the long-term unemployed. There’s still room for improvement, but it makes NZ’s UI feel less like a consolation prize and more like a beneficial add-on.

And many leading European welfare states have long provided both. Belgium, for instance, provides a whopping 91% of one’s former wage before tapering down to 55% over multiple years. That’s still nearly double Australia’s JobSeeker.

An opportune time for shock protection

Others have argued that two-tier systems unfairly privilege previously well-paid people. Kristin O’Connell from the Australian Unemployed Workers Union argued Blueprint’s was an “ill-conceived, regressive scheme” that “delivers the least to those most in need”.

One way to address this is to impose caps for exceedingly high incomes, as New Zealand’s scheme will. And Blueprint’s suggestion of a Medicare-style UI levy would ensure the rich chipped in more to pay for it. 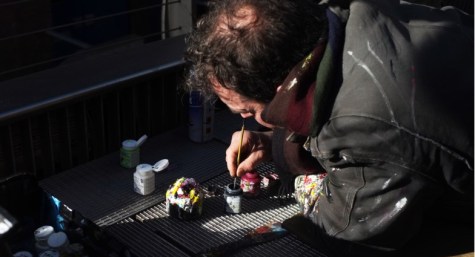 But there are genuine reasons for some temporary disparities — employees have often reasonably committed to costs like mortgages or rent based on their previous income. Almost half of all Australians live pay cheque to pay cheque. If they’re unexpectedly sacked, missed payments can spiral into crises like eviction.

As former Treasury official David Sligar told Crikey: “We must prioritise increasing regular benefits to end poverty, but UI is effective as a complementary program to help people smooth their incomes over unexpected life events.”

Sligar sees it as analogous to sick leave: “Is it unfair to pay higher-earning people more when they’re sick? No. It is temporary protection for contingencies that prevent you from working.”

Our torrid times present numerous employment shocks which a UI scheme would help to smooth over. For instance, Sydney’s prolonged lockdown due to the uncontained Delta outbreak could see one in 10 workers laid off. We should reinstate last year’s coronavirus supplement, but even so, many would face a hard landing on to a significantly diminished income. If the eviction moratorium is lifted soon after the state opens up, some will invariably lose their homes.

While more specific industry-transition plans should also be devised, UI could help buy workers and policymakers time to respond when coal giants suddenly up and leave.

A popular alternative vision for dealing with impending future economic adjustments is a universal basic income. Last week Anglicare dropped a report arguing the case, finding that more than three-quarters of Australians support the idea.

Despite making my Crikey debut arguing against the dystopic vision of UBI propounded by insufferable tech-billionaires, I’ve grown to appreciate universal payments over targeted ones, which can easily become stigmatised, inefficient and arduous to administer. Removing the ludicrous hoops we put between vulnerable people and government cash is imperative, and religious charities should call out this abnegation of Christian morality.

But without somehow passing eye-watering tax hikes through a political system that just assured $184 billion of high-end tax cuts, basic incomes will be just that — basic. The fears of retrenched Sydneysiders or those in deindustrialising regions won’t be assuaged by payments far below their usual standard of living.

It needn’t be first on our agenda, but we should cast our eyes across the ditch as Ardern adds some extra airbags for her nation’s rocky road ahead.

Is it high time for Australia to introduce unemployment insurance? Let us know your thoughts by writing to letters@crikey.com.au. Please include your full name if you would like to be considered for publication in Crikey’s Your Say column. We reserve the right to edit for length and clarity. 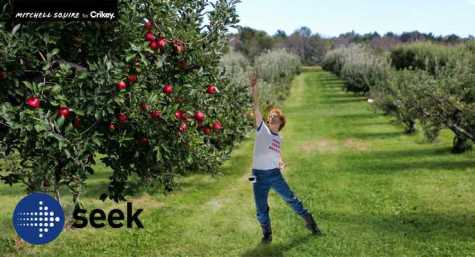 Millions of people are quitting their jobs. But will Australia miss out on ‘The Great Resignation’? 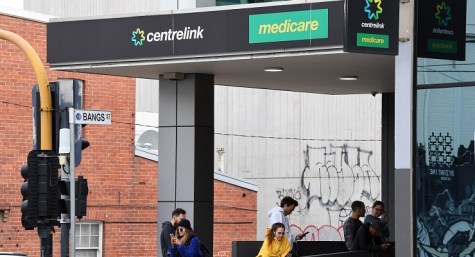 A message from a millennial: we can’t let this recession doom a generation

isn’t that what he Dole is?

Isn’t that what the Dole is?

Let’s not get too sentimental about well-paid workers. These workers are only being attracted to these out-of-the-way places because of the high wages – and they are not bringing their families there either. The high wages compensate them for the insecurity of the job, where the mine can close down overnight. If you increase the security, you would lower the wages.

Downstream, the same industries are then in the business of selling and distributing energy. A conversion to non-fossil energy sources changes the roles of its workers, but except for the miners it doesn’t throw them out of a job.

The vast majority of high wage earners are in an office. No if’s, no buts, no maybes. They attend for long hours, but work is unfamiliar to many of them.

Workers in the coal industry have known for a decade or two their industry is precarious due to climate change. If they haven’t made plans, including losing their jobs, then they are neglectful.

I would add that the job provider network would need to be overhauled as part of this idea to dramatically increase the support for retrenched workers and ensure active workforce participation, Sweden did this and it was one of the reasons for low unemployment relative to other OECD countries.

All very well Ben but there’s a better way.

None of them are in Australia.

If they were in Remember, their salaries from their companies are linked to the pay of their lowest-paid worker; if you’d read my point #4 instead of kneejerking off at your keyboard you’d have gotten that).

At the moment, Company Tax rate is lower than top personal marginal tax rate – so billionaires would rather the policies you support which is keeping the playing field their way just like it is now.

I was being flippant. So here is a more serious response. Basically what you are proposing is unworkable. Look at each bit.

Simplification of the incomes/tax/wealth mess is always attractive – in theory. The political will to take the decisions to achieve it is never there – and I doubt it would have public support either when the detail is considered and the winners and losers work out who they are.

. How do you set the level so that the poor and unemployed have at least a modest standard of living and still be able to afford to pay for it all? Are you going to go the full libertarian model and abolish all pensions as well – which is one of the approaches to making UBI a bit more affordable. Simplification has its virtues, but I suspect a means tested UBI is more likely to be financially feasible.

As explained, have the same single Income and Company Tax rate with no tax-free margin (which is a UBI for thiose lucky enough to be in work anyway).

How do you make it affordable? By adjusting that single tax rate as appropriate.

How do you determine what the rate should be? I daresay there are studies of what the poverty line is in Australia.

Would I abolish pensions? Certainly pensions would be decreased by the amount pensioners receive in UBI. If it turns out that UBI exceeds aged pension then I guess the pension has been abolished.

Err, no you are not going to tax the UBI. Did the Romans tax the bread ration they doled out to Roman citizens? No.

The version of point 4 above is wrong, what I should have written is

Which is pretty much what George Orwell advocated, actually. Woth noting that the Israelis already something similar for their banking sector, in which no renumeration package is allowed to exceed 45 times the average renumeration package for that particular Israeli bank.

Won’t work without social housing, rental regulation and universal dental care, all of which will keep food off the table.

Social housing is essential to stop the rip-offs, universal dental care is essential, I forgot to include those features.

Have I signalled enough virtue for you this time?

All very well Ben but there’s a better way.