Today in WebCam: how Apple has begun singing from the same hymn sheet as the Australian government; the enduring legacy of an internet-famous Australian bodybuilder; and Australia's 'other' police force.

Last week, Apple took a cue from Australia and backflipped on protecting its users’ privacy.

The world’s most popular phone maker shared plans to begin scanning for child pornography or sexually explicit material in messages sent by users over iMessage or uploaded to iCloud storage.

End-to-end encryption guarantees privacy because only the sender and recipient can read the information. It protects people from overbearing governments, nefarious hackers and companies who want to siphon every piece of data from their customers.

Boiled down, what Apple has proposed is a sophisticated way of seeing what’s inside even end-to-end encrypted messages. And if this all sounds familiar, that’s because Australia did it first.

In 2018, the Morrison government passed world-first anti-encryption legislation that would force companies and individuals to break any protection they gave their users. Some cited the need to combat child sex abuse material as a reason for these powers.

At the time, my colleague Bernard Keane called these powers “bureaucrat-designed malware”. Early analysis suggests the law is costing us billions.

The critique of Australia’s law and Apple’s proposal is the same: even if your digital backdoor is used judiciously, it’s easy to ratchet it wider and for someone else to stroll on through.

Apple has to take the position of “I’m Not Like Those Other Tech Companies, I’m A Cool Tech Company”, billing itself as the anti-Google, anti-Facebook, pro-privacy company.

Famously, Apple rejected pressure from the FBI to unlock a phone belonging to one of the two perpetrators of the 2015 San Bernardino shooting. (There’s a link to Australia in this story: it was a small Australian firm that ended up unlocking the phone in 2016.) Apple argued at the time that it would be a slippery slope.

Critics of Apple’s decision are applying this same argument today: if Apple scans messages and uploads for child sex abuse material, why not for terrorist material? OK, maybe that argument is fine to you. What about when China tells Apple it has to scan certain political images, or prevent citizens from sending them?

Apple says it won’t — its policy only allows for child sex abuse material flagged in two countries to set off their systems — but given its compromises with authoritarian China in the past, the idea of Apple conceding in some way to the regime isn’t out of the question.

Others have taken note of this disregard for encryption too. A similar anti-encryption bill proposed in the US last year appears to have stalled, but a statement from the Five Eyes nations along with Japan and India shows that such powers are on their wanted lists as well.

While the world is catching up, Australia continues to set the pace. As part of the controversial Online Safety Act which comes into effect early 2022, the government has created a set of “Basic Online Safety Expectations”.

A draft of expectations outlines a requirement for large tech companies to take “reasonable steps to develop and implement processes to detect and address material or activity on the service that is or may be unlawful or harmful”, even for encrypted platforms. The eSafety Commissioner can fine companies more than $500,000 for failing to meet these expectations.

So to recap: three years ago, Australians could expect that messages sent to others would stay between them and the recipients. Today, we’re set to have a system that requires companies to create backdoors in every platform; a flaw just waiting to be abused.

The inside story: how homegrown ‘true patriots’ sharing conspiracies on a Zoom call sparked police raids across three states
I wrote about how a plot was hatched over Telegram to overthrow the Australian government by a group that had declared themselves as the alternate Australian Federal Police. (Crikey)

Inside Racism HQ: How home-grown neo-Nazis are plotting a white revolution
Nine’s Nick McKenzie and Joel Tozer deliver a blockbuster investigation into Australia’s most active neo-Nazi group. A must-read for seeing how hate continues to bubble on the fringes of Australian society. (Nine)

George Christensen is launching a ‘patriotic’ news website modelled on the Drudge Report
With the maverick MP set to retire from Parliament before the next election, a draft website discovered by The New Daily’s Josh Butler shows one of the many irons that George Christensen has in the fire. Will it last longer than his abandoned website, newsletter and YouTube show? Time will tell. (The New Daily)

This month marks the tenth anniversary of the death of Zyzz, a young man from Sydney’s south west who found fame as a muscle-bound, meme-making online legend.

Zyzz — real name Aziz Sergeyevich Shavershian — first drew attention by sharing images of his transformation from a gangly teen into a shredded, jacked and tanned young man flexing at music festivals and goading other users on 4Chan’s fitness message board and the forum BodyBuilding.com. (Bodybuilders have long attracted the internet’s attention because of the natural magnetism of their extreme physiques.)

What Zyzz did with that attention cemented his status: he posted his way into creating a philosophy.

University of Canberra Professor Glen Fuller, who has written about Zyzz in the past, told me that Shavershian showed a preternatural understanding of memetic culture and an ability to perform as an online character.

“Zyzz understood ‘Zyzz’ wasn’t a person or a quality. It was a trajectory, aspiring to transform the self. It resonated with blokes from south-western Sydney who didn’t align with the dominant white male identity,” he told me.

In a way, he was the proto-influencer and shitposter: before Instagram was even invented, he was posting photos and videos as if he was a celebrity caught by the paparazzi. He coined now-ubiquitous phrases — ”u mirin”, “u jelly”, “aesthetic” — and poses. He performed different sides of himself for different formats: alpha male in his poses, self-aware joker winking at his audience in videos.

His tragic death from a heart attack aged just 22 while on holiday in Thailand cemented his status as a larger-than-life figure who was the patron saint of skinny boys who spent too long online.

A decade on from his death, there are literally dozens of Facebook pages, Instagram profiles and TikTok accounts around the world still actively sharing Zyzz content, ranging from grainy looking footage of his workouts to repurposing his iconic photos as meme templates — a testament to the enduring quality of the Zyzz philosophy.

The admin of one such group, @thezyzzlegacy, is a 17-year-old from Italy named Alfonso. Despite being just seven years old when Zyzz died, Alonso says Zyzz inspired him to start bodybuilding at age 14.

When I asked him over WhatsApp why he was so fascinated with a long-dead Australian bodybuilder, Alfonso sent me a 500-word screed that quoted Zyzz liberally and waxed lyrically about his intelligence, self-awareness and dance moves.

What internet overlord Apple is doing with your personal data 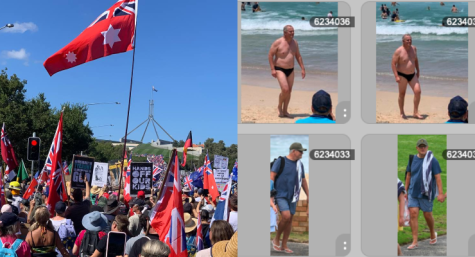