Dear Leslie, my friend’s partner has terrible double standards. What should I do?

In her new agony aunt-style column, Leslie Cannold doesn't offer both sides of an argument. She lays her professional opinion on the line without fear or favour.

Leslie Cannold has had enough of being even-handed and presenting Both Sides Now. She wants to cut to the chase: what’s the way to go? In her new column, Dr Cannold brings her ethical training to everyday dilemmas. Send your questions to letters@crikey.com.au with “Dear Leslie” in the subject line. She might even reply…

One of my best friends is in a long-term relationship with a high-profile business executive who is very kind and caring towards her, but when he goes to work he turns into an animal who relishes his public image as a boss who sacks hundreds of staff, sells products that manipulate poor members of society, and takes home millions of dollars a year for doing all that. Whenever I raise the contradiction in his values with my friend, she refuses to have the discussion, talks about how loving he really is, and justifies even his worst actions as “just business”. Is this what they call “compartmentalisation” and is it for real?

Yes, your friend could be compartmentalising which, for the uninitiated, is when a person suppresses certain thoughts and emotions so they can get on with work or carry on with a relationship, or both.

While suppressing emotions may sound bad, compartmentalisation can be a useful, even essential, coping tool. When, for instance, a beloved spouse dies but with three small kids to care for the grieving wife compartmentalises her grief so she can function. Or when a doctor compartmentalises “patients” into a category of human towards which no sexual thoughts or feelings are allowed.

Your friend’s significant other may be compartmentalising, too. In fact, one of the most common uses of this psychological defence mechanism is to allow a person engaging in deviant behaviour — like workplace sexual harassment and bullying — to maintain his view of himself and reputation as a “nice guy”.

This can become toxic when the truth comes out, something arguably more likely to happen in situations like that of your friend because the more he gets away with it, the more likely he is to do it again, and again, until he is caught.

All this to say that if your friend was writing to me, I’d tell her to face the truth about her partner and encourage him to get help. But from where you’re sitting, it’s more complicated. Why? No one changes, or even sees that change is needed, until they are ready. This applies to your friend as much as her partner. Which means that while you’ve done the right thing by offering her a chance to discuss the issue, she’s made clear she’s not interested. If you push harder, the most likely outcome is that she’ll dump you, not him.

My advice is that if you can tolerate the elephant in the room, you should hang in there with the friendship. Old friends are a finite resource and valuable because of it. Also, if your friend knows you love her, don’t judge her and will be there to listen if and when she wants to talk, eventually she might. And you’ll be there to help her help him do what’s right.

A friend of mine doesn’t use Melbourne’s QR codes any more. He had to isolate for two weeks because he had a coffee at an outdoor cafe in the same 1.5-hour band as a case — which I agree is ridiculous. He lives in a high-rise and wasn’t allowed out for the whole time which he says was torture and that he can’t go through that again. This seems fair enough. Is it?

No one should be shut up for two weeks inside. It’s outrageous. Even prisoners in solitary confinement are allowed an hour outside every day. When this whole thing is over, I predict that the inadequacy and cruelty of our quarantine system will be as salient in the post-mortems as the botched vaccine program.

There. I feel better now.

The defining element of morality is that you can only act in ways that you’d prescribe for everyone. Or, as enlightenment philosopher Immanuel Kant put it: “Act only in accordance with that maxim through which you can at the same time will that it become a universal law.”

What this means is that for your friend’s decision to be ethically defensible, you’d have to think it should become a rule that applies to everyone, a rule that says if you have a good personal reason for wanting to avoid isolation, it’s OK to evade detection by refusing to use QR codes.

Does that rule seem fair enough to you? Or does it seem like a big call for a bunch of self-appointed dissenters to make given that the collective consequence of all those individual choices would be the diminished usefulness of track and trace as a public health tool? This is a tool which, until we’re all vaccinated, is what we have to rely on to implement the elimination strategy designated by our elected leaders to keep the public safe.

Public health measures only work if all members of the public — your friend included — play their part. Sadly, in a crisis like the one we are facing, there’s no alternative to placing the important and understandable needs of individuals behind the public good.

Send your dilemmas to letters@crikey.com.au with “Dear Leslie” in the subject line and you could get a reply from Dr Cannold in her new column. We reserve the right to edit letters for length and clarity. 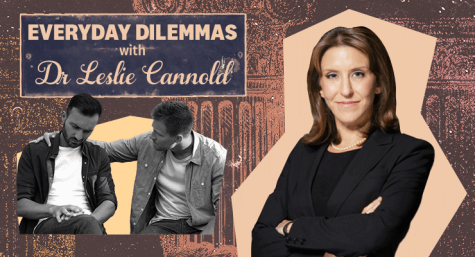 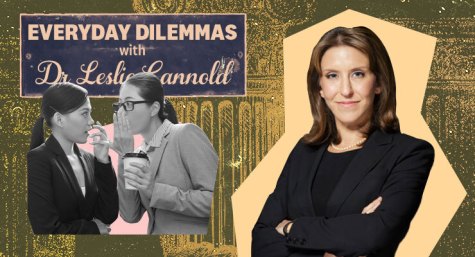 Dear Leslie, if a workmate and ex-friend is bad-mouthing me, how should I handle it? 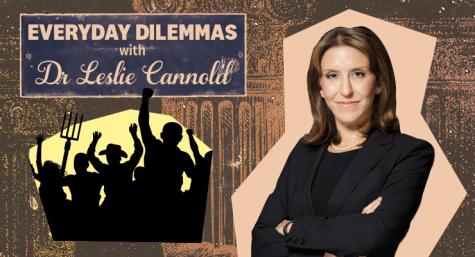 Dear Leslie: Are social media pile-ons justified, or is it just mob rule?

Thanks for the reference to prisoners. Now that the entire population knows what it feels like to be in prison and the consequent deterioration in mental health, one would think we might move to a more humane method of rehabilitating criminals. Or just stop them from becoming criminals in the first place, aka, legal drugs, as most crims are in for drug related offences, even if it is violence.

Much to reasonable for the government or the opposition.

Yes Billy, the howling and the bleating about being locked down makes me wonder what people think gaol is like. The same people might often be heard to say that gaol is too good for them, and how life would be so easy in gaol etc. The taking of liberty through the courts is horrendously serious and should never be underestimated in terms of what a punishment it is. Perhaps we could treat them a little better while they’re behind bars.

But I doubt many people think outside their own little bubble heads.

I do like seeing an ethicist get a decent platform. I did like the old format where you genuinely did a good job of portraying the best arguments on different sides of an issue, but I can also see where that might get old to write. Hope you enjoy this format more, look forward to seeing where you go with it.

this is great! keep it coming, i’ll write some letters for sure!

And you too. Thanks.

I believe the Melbourne building code now stipulates that all flats must have a balcony. Not much use if you live in an older one of course.

So ‘compartmentalism’ is a synonym for hypocrisy?

And Suss’ friend is just plain selfish. Yes, isolation may be hard, but surely deliberately putting others at risk, a risk he ensures those others are unaware of, is crime under the public health orders and perhaps he needs his ar*e kicked to learn some social manners.

Woopwoop
Reply to  Been Around

No! The mother and the doctor in the examples aren’t being hypocritical.