Welcome to WebCam, a fortnightly adventure with Crikey through the Australian internet. Today: Coalition goes dystopian, how to go viral with eyebrows, and a roundup of the best writing on the web.

You probably don’t think of Scott Morrison and his Coalition predecessors as being particularly interested in technology, save for Malcolm Turnbull perhaps.

Since coming into power in 2013, the Coalition’s raison d’etre has been shutting borders, pushing tax cuts and the never-ending pursuit of “industrial relations reforms”.

But quietly, a major through line of the Abbott-Turnbull-Morrison governments has been their ravenous hunger for more and more data about their citizens, while also expanding their power over what Australians and tech companies can do online.

The introduction of mandatory metadata retention, the anti-encryption TOLA Act, the beefing up of the eSafety Commissioner through the Online Safety Bill and increased budgets, the international productions legislation, and the ASIO Amendment Bill — granting powers to use more tracking devices without a warrant — are just some of the reforms passed by Coalition governments in less than a decade. (There’s been speculation these reforms are the reason global law enforcement agencies are clambering to work with Australian police.)

Then there are the reforms still on the cards, including the controversial Identify and Disrupt Bill, the digital identity legislation and the long-awaited review of the Privacy Act.

If you broaden this out to all major technology reforms like the National Broadband Network rollout, the News Media Bargaining Code, and the Criminal Code Amendment (Abhorrent Violent Material) Act, all show the Coalition’s willingness to wield its power in deciding how Australians access the internet — and how tech companies act on it.

No doubt governments pursuing tech reforms is a byproduct of governing in a world being eaten by software, but this suite of policies goes beyond that.

This government, now helmed by a self-styled daggy dad, has an undeniable pattern of expanding Australia’s surveillance state and giving increasingly broad powers over how Australians and tech companies can exist on the internet. And it shows no sign of stopping any time soon.

Vaccines, Mediscare and rorts
There’s been a lot of discussion about how political parties are positioning themselves for the upcoming federal election — but money does the real talking. I wrote about what paid digital ads can tell us about where Labor thinks it can win, and on what issues. (Crikey)

The Australian wellness influencers embracing conspiracy content
Looking at the July anti-lockdown protests around Australia, you may have wondered why yoga instructors and essential-oil selling influencers were walking shoulder-to-shoulder with QAnon followers. Business Insider’s Bianca Healey wrote on why Australian wellness influencers are being drawn to the dark side. Hint: they’re doing it because of the incentives of their platforms. (Business Insider)

An Australian far-right troll on the global stage
ABC’s Alex Mann uncovered the identity of a globally recognised far-right internet troll who calls Australia home. Funny how Australia seems to bat above its weight in far-right extremists, no? (Radio National)

The cult of the middleman
James Hennessy’s newsletter The Terminal has included some sharp writing on Australian fintech and internet commerce, including a look at how many new, successful internet businesses are making a motsa by turning themselves into middle-men rather than actually making something. (The Terminal)

The great COVID swindle
A cracking story about how a man almost swindled the NSW government out of $430 million using a Hotmail address. (The Sydney Morning Herald)

There are certain types of activities that pop on visual social media platforms like TikTok. It’s some combination of being visually appealing, intricate and skilful, while also being universal, that makes something light up our brains — and these platforms’ algorithms.

One example is the hair removal community on TikTok. The hashtag #eyebrows, for example, has racked up more than 4 billion views from people watching low-fi yet satisfying videos of people plucking, tinting, threading, drawing and waxing their eyebrows.

Just how popular is this? Australia’s fifth most popular TikTok video ever is a clip from Rimi Beauty Salon, a tiny salon in Brisbane.

Since being posted at the beginning of 2020, the video of an employee threading a woman’s eyebrows has been viewed more than 126 million times. The account has 670,000 followers. (By comparison, Guardian Australia has 80,000.)

I spoke to Gurnam Singh, who runs Rimi’s Beauty Salon, about the secret to their TikTok success. He launched the account two years ago to promote the salon: “Since then, we are getting a bit [of] extra business.” (Monetizing TikTok has long been a problem, even for some of the platform’s biggest creators).

If Singh had any special tricks to the account’s enormous success, he kept them close to his chest. He says their productions are simple: they ask normal customers if they can film and then just use a standard phone to capture the TikTok.

Rimi Beauty’s Salon success shows how despite all the strategy, technical equipment and #growthhacks used in the hope of going viral, content is king. 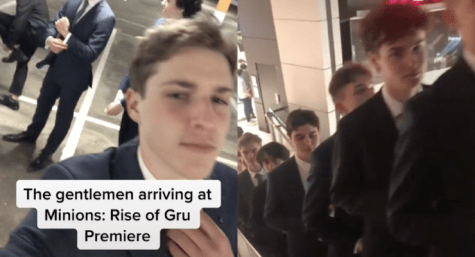 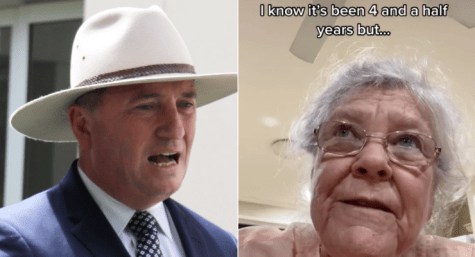 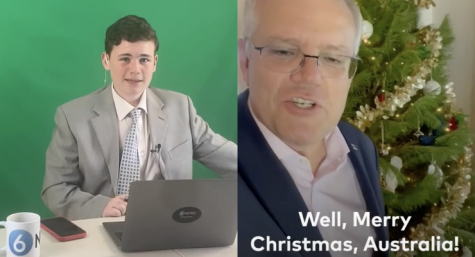 How can we protect this teen journalist from online trolls?