Death by police in the NT: murder trial is only the second in 41 years

Only two Northern Territory police officers have ever been charged with murder. The first was acquitted. The second faces trial soon.

Forty-one years ago, eight Anmatyerre men left the Aileron roadhouse north of Alice Springs in an old Holden station wagon after a day of solid drinking and headed home to their families at Ti Tree Station, 80 kilometres north.

Within the hour one was critically injured and another — for cultural reasons identified as Jabanardi — was dead, shot by Northern Territory police officer First Class Constable Laurence “Jack” Clifford who would later be charged with Jabanardi’s murder, the first NT police officer to face a murder trial since territory self-government in 1978.

The trial of the second NT policeman to be charged with murder is scheduled to begin in Darwin next week. Constable Zachary Rolfe is charged with murdering 19-year-old Kumanjayi Walker at the remote NT community of Yuendumu in November 2019.

Pre-trial hearings commenced this week. The trial proper is scheduled to begin in Darwin on Monday but because the Crown prosecutor is in lockdown in Sydney that date is expected to be either confirmed or postponed by the NT Supreme Court tomorrow.

(Crikey is not suggesting there any similarities between the two cases.)

Where it all began 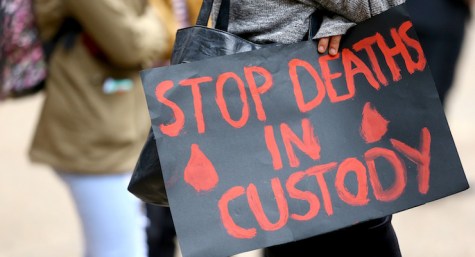 What’s changed since the Royal Commission into Aboriginal Deaths in Custody?

On July 20, 1980, the eight Anmatyerre men turned off the Stuart Highway on to the gravel road to Ti Tree Station just after sunset. They were unaware that Clifford and fellow police officer Constable Malcolm Warren were pursuing a separate car load of men from the small township of Willowra, further west of Ti Tree Station, who Clifford believed had also been drinking at Aileron.

That pursuit was abandoned after about five kilometres and Clifford and Warren turned their paddy wagon around and headed back to the Ti Tree police station. A few hundred metres before they reached the intersection of the Ti Tree road and the Stuart Highway they saw the approaching Holden station wagon.

What happened next remains unclear despite lengthy police inquiries, committal hearings and jury trials, a coronial inquiry and, many years later, a report by the Royal Commission into Aboriginal Deaths in Custody.

The most commonly accepted version is based on the six-week coronial inquest conducted by Gerry Galvin, then chief stipendiary magistrate of the NT, and as related in the 1991 royal commission report by Elliott Johnston QC into the death of Jabanardi.

The following is a paraphrased account drawn from Elliott Johnston’s royal commission report:

As they returned to the Stuart Highway, Clifford and Warren saw a vehicle travelling towards them being driven erratically and with one blown headlight. They activated the paddy wagon’s blue flashing lights and drove straight at the approaching car, coming to a stop head-on within about three metres of the front of the station wagon. Clifford and Warren approached the car and arrested the driver, Geoffrey Pepperill, for driving under the influence of alcohol.

Pepperill was placed in the rear cage of the paddy wagon and two of his brothers followed, purportedly in the exercise of police protective custody powers. As Clifford and Warren went to place a fourth man in the paddy wagon, one of the men inside kicked at the door and all escaped. Then followed a fracas, with some of the men from the station wagon joining the paddy wagon escapees in common cause against Clifford and Warren. Clifford used a cut-down pickaxe handle he’d stowed under his belt as a baton but this soon was taken and used against him to inflict a wound to his head that required nine stitches.

The fracas escalated and Clifford retrieved his personal 22 Magnum revolver — not his police-issue service weapon — from the front of the paddy wagon and, while still fighting with at least one of the men, shot the fourth Pepperill brother, Freddie, in the chest at point-blank range. More shots were fired, apparently in warning, before a final shot was fired at the reportedly advancing Japanardi. He was shot in the stomach and died soon after.

I first came across contemporary media accounts of these events while researching historical systemic racism in the NT earlier this year. It soon became clear that the voices missing were those of the Aboriginal people involved.

Last week I travelled to Ti Tree and met members of the Pepperill family who told me that only two of the men from the station wagon were still alive. One is old and frail and did not want to speak to me. The other — for privacy reasons I will call him by his skin name of Jakamarra — was keen to tell his story.

Jakamarra’s account of events that night is at stark odds to the royal commission report.

Among other matters, Jakamarra says he told Geoffrey Pepperill to pull over when they first saw a car with headlights on full beam and spotlights on driving straight towards them and did not know it was a police vehicle until they approached the station wagon.

He says he did not see the blue flashing lights on the paddy wagon as claimed by police.

Jakamarra also says that Clifford assaulted him twice as he was taken to the paddy wagon, a matter he raised with police during his record of interview the next day but that was — as noted by the coroner, Galvin, as a fundamental criticism of the police investigation — not subsequently pursued by police.

He says Clifford did not recover his pistol from the paddy wagon. He says he saw him unzip his jacket and remove the gun from a shoulder holster and then shoot Freddie Pepperill in the chest at point-blank range.

Jakamarra says he called out in the Anmatyerre language that Clifford had a gun and they should all “run away”.

Perhaps the most important diversion from the account summarised above concerns the fatal shooting of Jabanardi.

Jakamarra says that rather than advancing on Clifford in a threatening way, Jabanardi was about 10 metres from where Clifford and Jakamarra were struggling and — after Jakamarra’s warning that Clifford had a gun — was running away when he was shot by Clifford as he turned to check on his countrymen.

Truth may never be known

We may never get to a “true” version of what happened on that dirt road 41 years ago but further details may lurk in the many thousands of pages of court, coronial and royal commission transcripts and their numerous submissions, statements, correspondence and exhibits.

Clifford was acquitted of the murder by a jury of his peers at Alice Springs in October 1981. He remained in the NT police until he retired in 2003. He died the next year.

I have been unable to find any information about Warren’s career with the NT police after 1980.

An earlier version of this piece was published at Bob Gosford’s Crikey blog, The Northern Myth. 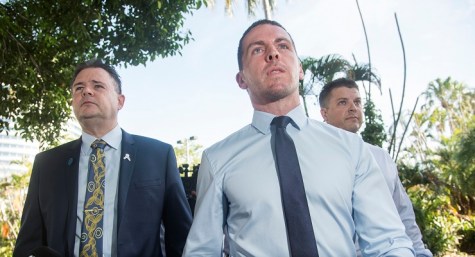 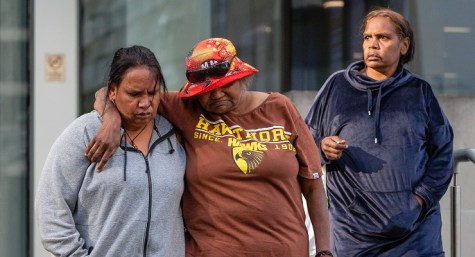 Death in Geraldton: how Joyce Clarke became another Indigenous statistic 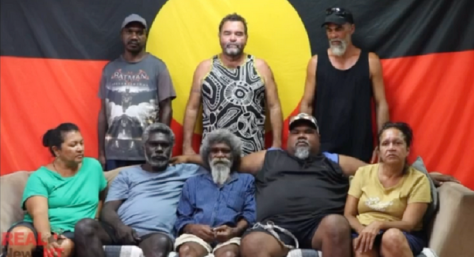 Hundreds of deaths in custody since that time and this is just the second cop charged. Tells you all you need to know about our ‘justice’ system.

It would be worth knowing the causes of those deaths, and which are worthy of criminal investigation.

Will be interesting to see what the jury of peers does with this one.

we need to read history such as this .I congratulate Mr Gosford, and Crikey for publishing it