Environmentalists can often feel like they're fighting a losing battle. But change is occurring and support is growing, as our latest Crikey Talks subscribers event outlined.

But change is occurring and support for climate groups is growing, as environmentalist, writer and researcher Robyn Gulliver, writer, editor and former professor Jill L. Ferguson and climate advocate and volunteer Jan McNicol told a Crikey Talks event for subscribers this afternoon.

Ferguson and Gulliver have published a book on nine women and their front-line and behind-the-scenes efforts to power advocacy, featuring Ferguson’s and McNicol’s activism.

The reappointment as Nationals leader Barnaby Joyce to deputy prime minister — having previously said climate change was “… an indulgent and irrelevant debate because, even if climate change turns out to exist one day, we will have absolutely no impact on it whatsoever” — sent a signal to Australia that mining interests would stay squarely front and centre in Australia’s policies.

Despite Joyce presenting himself as the voice of those in regional Australia, both Gulliver and McNicol said many of those they’ve met while living, working and campaigning in rural regions want action on climate change.

“They need more organisations to counter the National Party’s rhetoric because… everything they do is contrary to their interests.”

McNicol, who comes from a farming background, said many people don’t have the power to fit the narrative.

“Often their cares are ignored by people who are setting those identity perspectives like Barnaby Joyce,” she said.

Her research has shown around 70-80% of respondents she surveyed identified as people who cared about the environment and climate change.

Movements face hurdles. Is violence ever the solution?

Environmentalists around the world are facing increased violence and threats. The latest report from Global Witnesses showed 212 climate defenders had been killed in the previous year, the highest number since their records began in 2012.

Ferguson, speaking from California where she lives, said this trend was particularly concerning given protest and movement had been limited during the pandemic.

“The actual physical environmental activism in two places has been a little less than it has been in past years,” she said.

“The world is changing whether they like it or not, but some people just retaliate with violence,” Gulliver said.

In many democratic countries such as Australia violence is low, although McNicol said the government has other ways of keeping activists in check.

“We do have numerous strategies the government is using to repress protests and other ways, most significantly through legislation, either restricting protests or restricting organisations’ charitable status which we’re getting money from,” she said.

“Repression still happens, it just generally tends to be not violent.”

On whether violence was ever a solution to activism in extreme examples — such as blowing up pipelines — Ferguson, McNicol and Gulliver were united in their response: No.

“Violence just plays into the hands of the opposition,” Gulliver said.

“They are much better at violence than we could ever hope or want to be and it unifies the opposition and allows them to make up stories about us… it divides the movement.”

Is population control the key?

Gulliver is an advocate for limiting population growth, including capping certain kinds of immigration to Australia.

“Coronavirus has shown us what happens when you have unsustainable population growth. That issue is solved, settled, and mass migration is never coming back,” she said, adding Australian businesses will have to adapt to paying people real wages, instead of relying on cheap migrants.

McNicol, however, wasn’t sure. “We know that you can live sustainably with the highest population if you have policies and processes in place that mandate particular cradle-to-grave businesses and zero waste… but if the government and other power-holders are not willing to put those policies in place in this then, yes, population has a big impact.”

While investment in women’s empowerment and education, along with healthcare, has shown to curb birth rates, Gulliver warned these trends have to be in place for a long time. 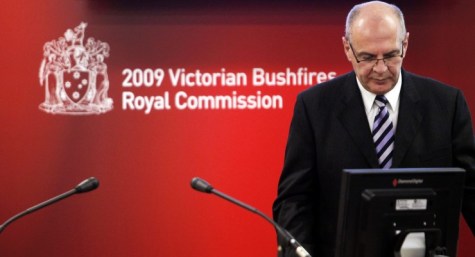 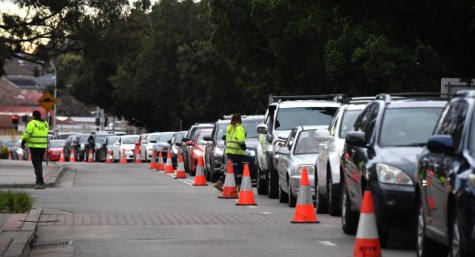 The one obvious solution to most of the world’s problems is to try to control the worlds worst recorded plague, the human race. If we had better brains we would see that we cannot keep our numbers growing. This leads to wars, fights over resources etc. But why is it that nobody will include this in discussions about the future? I do not know how to address the issue. It will need containing ‘human rights’, a concept that we no not want to face. PLEASE, start the debate.

Good point. The web-site for the Overpopulation Project acknowledges there are many different estimates, and for example quotes four billion or so as sustainable and three billion as optimal. Coming up with a nice round number is of course the easy bit. Describing a path to there from here that would meet wide acceptance around the world is a bit more challenging.

What expertise or credibility does the Overpopulation Project have when its own Phil Cafaro can be easily linked to John Tanton….? Then they also have Sustainable Population Australia’s and Population Matters UK’s Jane O’Sullivan?

According to ADL Anti Defamation League in (oxymoronic) ‘Progressives for Immigration Reform (PFIR) Announces Conference and New Project (17 Aug ’12) …… Cafaro was formerly a fellow at CIS and wrote a number of reports for the organization that attempted to blame immigrants for environmental degradation.‘, CIS was a Tanton creation advising Trump White House on immigration (restrictions) and walls……

If you followed credible research outside of Australia, with fertility rates below replacement level, global population is expected to peak within the generation; the outliers are the UNPD (overestimating fertility in India and China), those who link humanity via population growth (not fossil fuels) to climate change and environmental degradation, and many Australians…..

“Addressing climate change isn’t simple, but there are solutions”
Arguably, actually addressing climate change is simple. The science is irrefutable and the means of tackling the problem are quite obvious, though there’s plenty of room for debating details. The bit that is not simple, that is immensely hard, is addressing the political resistance to effective action. The resistance is deeply invested in preventing action, it has vast resources of wealth and influence to call on, it dominates politics in many of the most powerful countries, it has control of much of the media which it uses to keep up a relentless stream of propaganda to confuse and mislead the public, it is prepared to use both legal and illegal methods of suppression and violence, and (most remarkably) it has no concern for the long-term consequences of climate change, either because the long-term does not interest them or else because the very wealthy are understandably confident that they can survive and prosper no matter how bad things get for everyone else.

Anyone looking at the advertising industry? Ads shape our wants (not needs!). Buy the newest model of whatever electronic item you have.

Ads cover every facet of our lives. From your waking in the morning to closing eyes to sleep. Cosmetics, breakfast foods, cooking accessories, furniture, snack foods, exercise equipment plus the hundreds of accessories aligned to sport and fitness. Travel – so much choice to go anywhere in the world. To go to many poorer nations(we get the luxurious travel benefits), they get the pollutants and slave wages. We are generally oblivious – taking selfies or exclaiming on some food that tasted “sublime, divine” etc.

Built in obsolescence is a capitalis/business ploy to constantly increase profits. Think of that on a global scale-how much energy is used for metal extraction, transport, manufacture, retransport as exports, ads for these products, and after a short time, thrown out and sent to some third world country to pollute their land.

I’m not skilled in writing more about climate change and what can be done to change the situation. However, I believe the whole world needs to be on a war scenario. A true war with scarce/wasteful resources being the enemy – not an arms race (another hidden feature contributing to climate disaster), but a situation where waste is eliminated and share prices, profits are unimportant.

Another point is that any effort to ameliorate climate effects is always “user pays”. Philanthropic donations will not be enough. What are the stats on wealth inequality in the world? And that divide is getting larger. So no hope there.

Can’t see this happening, so I’m going with save all nature, but couldn’t care less about humans. Sorry.

Two things will solve the population problem. Educating women has a dramatic effect of family size so thats the first one. The second, not totally unrelated, is to fight against the patriarchy including against violence against women. Women are often forced into having large families by control freaky coercive men because it creates a major obstacle to them leaving a crappy abusive relationship. And there are a lot of those. Sort out those issues and you will sort out most of the population problem.

There is another solution – pensions. Even well-educated Indians will ask a childless tourist, <i>”then who will take care of you in your old age?”</i> They do not see it as a nightmarish suggestion, because it is a pervasive concern among Indian families. Overpopulate or perish. Globally, old-age pensions are rarely seen as a cure for overpopulation, but the decline in fertility rates in the West did coincide roughly with the rise of adequate old-age pensions. India actually does have a old-age pension scheme for people below the poverty line, the “Indira Gandhi National Old Age Pension Scheme”, but currently its monitory component is far from adequate, at IR 200 per month (AUD 3.60 $/m).

There is one glaring example of why climate change is not addressed and any measures avoided or delayed:

‘Coronavirus has shown us what happens when you have unsustainable population growth. That issue is solved, settled, and mass migration is never coming back‘

Unsubstantiated, alarmist and misunderands local and global data but follows the old ZPG Malthusian presentation of SPA on population and humanity as the problem, not fossil fuels, auto, owned govt., lobbyists etc.; people are not pollution, this movement is known as ‘greenwashing’, ‘greening of hate’ and now ‘eco-fascism’, known for decades outside of Australia.

Immigration is not related, according to Angus & Butler in Climate and Capitalism (24 Jan ’10) ‘Should Climate Activists Support Limits on Immigration?‘

‘Closing Australia’s borders would have had no effect on the climate denial policies of the previous Liberal Party government, or on the current Labor government’s determination to continue Australia’s role as “the world’s largest ‘coal mule.’

From the Center for American Progress, according to Roland-Shee & Doshi in ‘The Extremist Campaign to Blame Immigrants for U.S. Environmental Problems‘ (1 Feb ’21):

‘Tanton, whom the Southern Poverty Law Center (SPLC) calls “the racist architect of the modern anti-immigrant movement” and who died in 2019, was a Sierra Club official in the 1980s and went on to form many prominent anti-immigration groups, including many that dabble in environmental messaging‘ (also admired the white Australia policy, visited and was hosted by SPA’s O’Connor years ago).