A new book implores Australians to look to the Nordic nations for policy inspiration from taxation to diplomacy to electric vehicles. So, how much can we learn from Scandinavia?

The Nordic countries have long served as a “realistic utopia” for the left.

The high wages, generous welfare states and forward-thinking social policies of Sweden, Finland, Norway, Denmark and Iceland have long convinced social democrats that significant change is possible without a violent revolution. Indeed, policies that seem like pipedreams elsewhere have become entirely banal in the far north.

Left-wing politicians such as Bernie Sanders and Jeremy Corbyn frequently invoke Scandinavian policies to rebuke accusations their ideas are too radical.

Into this tradition falls the new book The Nordic Edge by Australian researchers Andrew Scott and Rod Campbell. Launched last week by the Nordic Policy Centre, a joint venture between Deakin University and The Australia Institute (TAI), the book implores Australians to look to northern Europe for policy inspiration from taxation to diplomacy to electric vehicles.

As TAI’s executive director Ben Oquist writes in the book’s introduction: “There is only one thing more powerful than an idea whose time has come, and that is an idea that has already arrived.”

Do these Scandophiles have a point?

In a word: ja. They’re not perfect — no countries are. But Nordic nations consistently top world rankings for prosperity, equality, competitiveness, happiness and sustainability.

Australia, conversely, dropped to 35th place overall and was ranked dead last on climate action. We clearly have much to learn.

The secret to their success

The causes of Nordic advantage have long been debated, usually with a healthy dose of ideological rancour.

But Matt Bruenig of the People’s Policy Project has comprehensively debunked this framing, pointing to much higher levels of government ownership and employment, union power and workplace regulations in Scandinavia compared to the Anglosphere.

The real Nordic secret sauce is an ingrained acceptance of much higher taxes in exchange for public goods, in contrast to the small-government proclivity of the US and UK.

Can the strategy be replicated?

Sceptics often claim that Scandinavians only support high taxes because their communities are relatively “monocultural”. Swedes may be happy to see large portions of their income redirected to blonde-haired, blue-eyed beauties like themselves, but multicultural societies like the US and Australia breed too much resentment to foster a sharing ethos.

As Australia’s 30 years of growth come to an end, what have we learnt?

This may once have been a plausible claim. But, as Scott and Campbell illustrate, the Nordic nations have become increasingly multicultural in recent decades, accepting a large number of refugees. Tensions have emerged, but they have not yet imperilled the bloc’s commitment to strongly progressive taxation and transfers.

If “red tape” and immigrants aren’t to blame then, why doesn’t Australia look more like Finland or Denmark? Scott and Campbell suggest it could and should — nothing is holding us back but our own closed-mindedness to models beyond the Anglosphere.

Road to socialism is paved with ‘middle-class welfare’

But in trying to free our minds from “path-dependent” myopia with a policy smorgasbord, The Nordic Edge under-emphasises some structural traps Australia has set for itself in raising both welfare payments and wages to Scandinavian levels.

For instance, Scandinavian welfare systems provide predominantly universal benefits, available to all citizens. This increases public support and makes them harder for miserly politicians to scrap — they’re not just depriving an easily-demonised underclass but the whole community.

Conversely, the Hawke government pivoted Australia away from a previously universal welfare model towards means-testing. While this might seem like targeting benefits to the neediest, simple progressive taxes can be far more effective equalisers and don’t undermine class solidarity.

Look again to the north

This isn’t the first time Australia has looked to Scandinavia for policy inspiration. Hawke sent a delegation of unionists to the Nordic states to steal their best ideas nearly 25 years ago. Perhaps it’s time for another such trip.

Alas, the report was mothballed as our economy fell into the early 1990s recession and the conservative press screeched against efforts to “Swedenise” Australia. The ACTU later accepted Keating’s plan for enterprise bargaining, which it is now walking away from after years of anaemic wage growth.

TAI’s latest efforts are a welcome invitation for Australians to reconsider northern Europe’s leading policy example. Progressive policymakers should heed its advice, lest we look back on the compounding effects of our mistakes and know that, once again, we were shown a better way.

Want to learn about Nordic policy solutions that Australia should note? Subscribers to Mandarin Premium, Crikey‘s sister publication, can listen to the authors of the brand new book The Nordic Edge discussing their work at a Mandarin Talks webinar, Wednesday July 14. Click here to find out more.

What do you think? Does Australia have much to learn from Scandinavian countries’ way of life and economic models? Share your thoughts by writing to letters@crikey.com.au and don’t forget to include your full name if you’d like to be considered for publication. 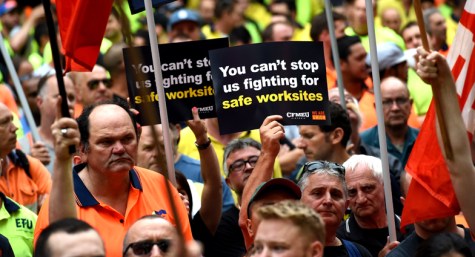 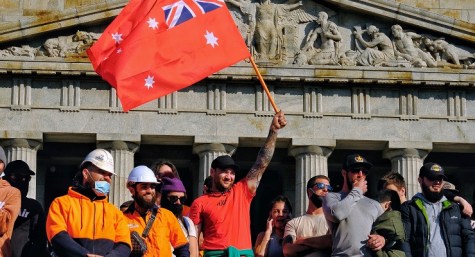 Blue-collar blokes are deserting the left. The future is female 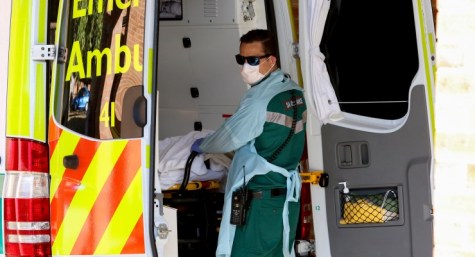 Why ambulances should be free — in and out of a pandemic

More junkets by politicians to Scandinavian countries will not help Australia one jot.
They just need to read the book and then think and have a few zoom meetings.

Some of the ideas might work and could be worth a try. Particularly removing means-tested welfare.

Gotta keep our bosses happy, Murdoch and the Republicans and the USA spooks stationed here with their eyes swivelling everywhere.

They pay high taxes, but wouldn’t have it any other way. They have govt paid services we used to enjoy here and they love it.
they are true commonwealths, and reap the benefits.

I agree, there is much to take note of. I find it fascinating that Australians routinely benchmark and compare themselves with the USA. I understand the attraction, culturally, but the reality of a 25m person economy comparing with a 330m one is somewhat foolish. Meanwhile, in the Scandinavian realm you have four, five if you count Iceland (and why not?) countries with populations of 10m (Sweden), 5.8 (Denmark), 5.5m (Finland), 5.4m (Norway), .343m (Iceland) – 26m odd who live in a cooperative bundle not unlike the federation operating here.

The trouble is that Morrison and his scurvy crew are impervious to good ideas that don’t subscribe to their ideology. How can we get around this? All these wonderful reports should have a way to be implemented by reactionary governments or just say “ At the moment these ideas cannot be implemented in this country”.;

The rot started when Labor sold the Commonwealth bank and Qantas and various state governments sold their insurance arm and variou other government agencies.We were fed the lie that governments are inefficient and private enterprise is the way to go.We all know that is the biggest lie of all the lies we have been force fed over the years . Unfortunately it has worked and the poor plebs just go on living their lives completely ignorant of activities in other parts of the world.