A bid by the billionaire businessman to raise his company's stake in concrete giant Boral appears to have had unforeseen repercussions, such as a heap of unwanted debt.

As Kerry Stokes commits up to $10 million of his private wealth defending the honour of Ben Roberts-Smith and other SAS soldiers, the billionaire is simultaneously in danger of being swamped in unwanted debt by becoming Australia’s biggest concrete mogul.

When Stokes’ 57.5% owned conglomerate Seven Group Holdings launched a $6.50 cash takeover bid for Boral in May, its stated intention was only to lift its stake in the building products giant from 23% to 30%.

Stokes was forced into lifting the offer when Boral adopted the unorthodox tactic of cranking up its previously announced buyback and splurging on large licks of stock at prices well north of Seven’s original $6.50 bid price.

As of this morning, Boral has splurged almost $800 million on its buy back at an average price of around $7 a share. Meanwhile, Seven has been swamped by unexpected acceptances and has now secured 41% of the company after shelling out about $1.3 billion in cash on Boral shares over the past nine days.

The offer closes on July 15 but if acceptances exceed 50% it will automatically be extended by a further two weeks. 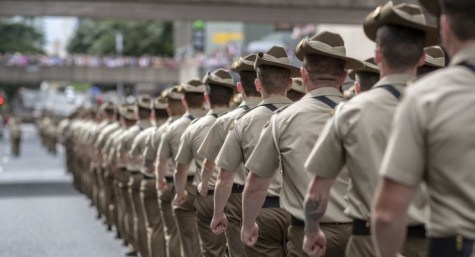 It looks like the smart institutional money is getting out, but if Boral’s 67,000 retail shareholders — who together control about 25% of the company — decide they too want to head for the exits, Seven Group could find itself borrowing another $4.8 billion moving to 100% of the company. Westpac, ANZ and Barclays have bravely signed up for the $5.5 billion loan if that happens.

The media narrative is along the lines of “clever Kerry out-foxes Boral board” but there is a downside for Stokes in that with an unconditional bid he can’t control just how much debt he will finish up with.

These sorts of “Claytons” takeover bids aimed at not securing 100% are rare in Australia because boards don’t want to run the risk of being swamped with acceptances and over-burdened with debt.

For those with a long memory, think back to John Elliott’s Harlin Holdings being pressured by ASIC’s predecessor, the NCSC, to make a full bid for Foster’s Brewing shortly before the mini stock market crash of 1989. That was effectively the end for Elliott because Harlin borrowed billions but never had access to the Foster’s cash flows to service the debt, meaning that one of Elliott’s financiers, BHP, ended up owning almost 40% of Foster’s when it called in debts owed by Harlin.

After completing a $530 million equity raising in May, Seven Group reduced its net down to $2.1 billion, so total debt has already risen to $3.5 billion and is rising fast. Shortly before launching the Boral bid, Seven spent $45 million creeping up the register of Beach Energy, lifting its stake from 28.5% to 30%, a familiar number which historically has delivered Stokes the chairmanship of public companies such as Seven Network and the old WA News, now called Seven West Media.

Heading into the 2021 Boral AGM on October 28, Stokes wanted to ensure that he could secure the initially promised two board seats after his original deal with the board last year was pared back to just one seat after a revolt by institutional shareholders led by Perpetual and investment banker John Wylie.

However, after Perpetual and Wylie accepted for their combined 8% Boral stake this week, Stokes is now looking like having the unexpected pleasure of being able to install himself as chairman of Boral and hand-pick all of the directors, as he has been doing at Seven Group and Seven West for many years.

Boral chair Kathryn Fagg promised to resign as a Boral director this year as part of a deal with Stokes to secure her reelection at last year’s AGM.

However, it is unclear who will become the new Boral chairman or which of the five remaining independent directors will survive now that Stokes has control. There are currently eight Boral directors and the constitution allows for a maximum of 12 directors. However, only one of the independent directors, Peter Alexander, is up for reelection this year, so if Stokes wants to secure numerical control without voting against Alexander or putting up any removal resolutions, he will need to nominate five new directors to represent his interests, presumably including himself.

Perhaps he could consider Ben Roberts-Smith for the role as well.