Malcolm Turnbull's memoir is a gift that keeps on giving, the Fox is in the weather chookhouse, and plenty more from the Crikey bunker.

Family circle The untangling of the leaking of Malcolm Turnbull’s memoirs has use beyond just entertainment value. It also tells us who is mates with whom or, at any rate, who wants to be mates with whom.

So Sam Jackson-Hope, a former staffer to Turnbull’s mutual bete noire Tony Abbott, naturally sent it to his old boss — but is also either friendly or wants to curry favour with Andrew Bolt, Matthew Canavan and Peta Credlin. Former foreign affairs minister Julie Bishop’s staffer Rachel Obradovic got Victorian Liberal Party leader Michael O’Brien (presumably as a “what to expect when you’re expecting to be knifed”) in on the action and, perhaps surprisingly given Bishop’s rep as a moderate, executive director of those profligate hard right eccentrics Advance Australia, Gerard Benedet.

It was Morrison adviser Nico Louw who let the PM and his chief of staff John Kunkel have a look. Incidentally, in keeping with his general approach to anything even mildly difficult, according to the table put together by publisher Hardie Grant, Morrison has given nothing but silence to the investigation.

Takes-onomy Last year Crikey kept a close eye on the use of scapegoating during pandemic. One thing became apparent fairly quickly and shocked precisely no one: the likelihood of being named — let alone, say, having your picture plastered on a newspaper describing you as an “enemy of the state” — was not evenly distributed via some neutral public interest test.

As it turns out, the media were much more likely to pander to the nation’s unslakeable thirst for identifiable hate figures when people of colour were involved (while, say, the affluent holiday-makers who brought back COVID as a souvenir were able to maintain their anonymity). The Courier-Mail, maintaining its stellar record in this department, has once again printed the name and picture of a woman who slipped out of hotel quarantine in Queensland. We’re not going to supply the piece with any more clicks than is strictly necessary, but no prizes for making at least one accurate guess about what this person’s background is not.

You don’t need a weatherman to know which way the wind blows Meanwhile, Rupert Murdoch is really ramping up his efforts to find errors in official weather data with Fox Weather, a 24-hour streaming channel set to launch later this year. Weather is one part of news that hasn’t suffered a serious post-Trump slump. Given the tendency of several high profile figures at News Corp in general and Fox in particular, the existing Weather Channel in the US is possibly justified in providing a little snarky commentary. Per The New York Times, Nora Zimmett, the network’s chief content officer (who worked at Fox News in the 2000s), had the following to say:

I applaud Fox getting into the weather space, but they should certainly leave the lifesaving information to the experts … [Climate change is] a topic that is too important to politicise, and if they do that, they will be doing Americans a disservice.

Speaking of former Fox employees who have changed their tune. Preston Padden, who worked for Murdoch for seven years in Fox’s early days, describes the Murdoch he served as “brilliant, courageous, optimistic, and a gentleman”. Of course, there is a “but” hurtling towards this piece, written for The Daily Beast.

“Fox News is no longer a truthful centre-right news network,” he said.

Padden, no bleeding heart liberal, goes on to catalogue the needless deaths caused by the network’s COVID scepticism, lies regarding the dangers presented by Black Lives Matter and Antifa and of course the network’s swilling of Trump’s “the election was stolen” Kool-Aid.

Trump watch While we’re on the subject of Trump, the ragingly pro-Trump social media site GETTR was launched last Thursday. Providing the same sped-up portrait of the inevitable as that time-lapse footage of the decomposing fox, it was almost immediately overrun by pornography and white supremacists.

And while attempts to set up a fake Trump account have failed, some wag has managed to set up an account on behalf of Prime Minister Scott Morrison, describing him as the “only world leader to shit their pants at maccas”: 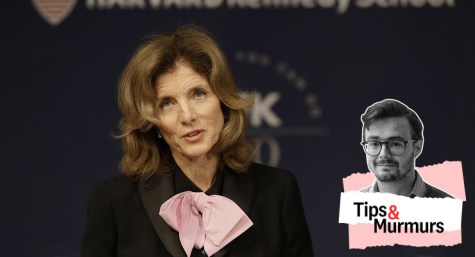 Nora Zimmett : Murdoch and “disservice”? Check the “Form Guide” :- What is the good of “Americans” : compared to Rupert’s ideology, arrogance and vanity?