Australia's COVID reaction has been all about catching up to the effects of the virus, not getting ahead. Feedback from medical professionals indicates this is likely to have a devastating effect on those caring for us.

So far, it seems COVID-19 policy has been a game of catch-up. A case here, so we wear masks. A case there, so the border is shut. And then we go about our lives, as though this pandemic belongs in India or the United States or some other far-flung country.

Reactive politics has been the winner over proactive policy at every turn.

Let’s hope like hell that yesterday’s decisions by states, in the wake of the latest outbreak, to shut borders, up restrictions and issue stay-at-home orders fixes it all again.

But what if it doesn’t? Are we able to cope with an outbreak of the Delta strain — or any other strain, for that matter?

It’s hard to imagine, after consulting a swag of the GPs and specialists who will be charged with keeping us well.

Indeed, if burnouts and spikes in suicide rates and patient impacts are even half of what Crikey has been told, we need to move the dial to looking after our frontline workers, who are already spending their days and nights looking after the rest of us. 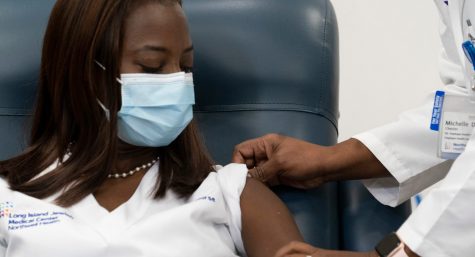 Should doctors be expressing their concerns about Australia’s COVID-19 policies out loud?

In one state, a young female medico recently told a counselling service that she and her peers hoped to contract the virus, because that would be the only means of taking a few days off work. It would stave off burnout.

She wasn’t being unprofessional; just honest. Long hours, diminishing health budgets, COVID clinics, high anxiety, increased mental health presentations, even mandatory reporting (simply when a young medico seeks help themselves) is all contributing to a tsunami of concerns being raised by doctor groups — and falling on deaf ears.

Here’s just a snapshot, one that should concern us all, even before any outbreak fills our hospital beds:

“There is this chronic pressure that we all have not knowing what COVID will bring the next day,” one medico explains.

Doctors tell of colleagues who have ended their own lives, while others — a handful of years shy of retiring — are making an early exit.

And this is the scene before any real outbreak of COVID. But is it enough for Scott Morrison and his merry band of state decision-makers to stop politics, consult the professionals, and provide proactive policy? Unlikely. 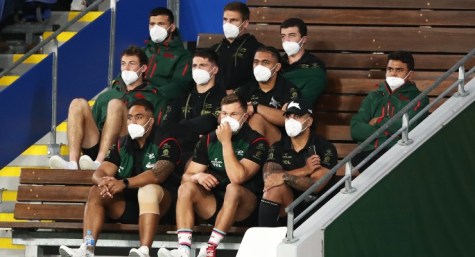 How do empathy and COVID coexist? With great difficulty, it seems 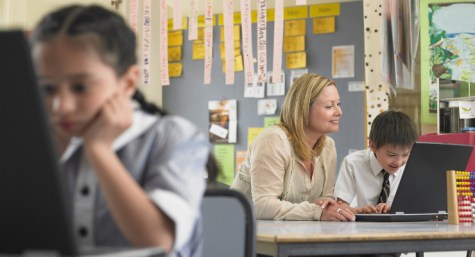 The whiteboard bungle: teachers are on the front line — but not for the vaccine queue

But Madonna, this is the fruit of the tree of the party in government that you’ve built a career PR tending for years, from :- neglect of aged/disabled care;
to the “let’s all go to the footy”/disembarkation of the Ruby Princess (and hide the federal involvement in that from the NSW RC) attitude to Covid;
to the fragmentation of responsibility for quarantine through devolution of that responsibility to the states – to “house” incoming potential carriers in make-shift “motel quarantine stations” – and resist at all costs from investing in such built-for-purpose quarantine facilities (preferring instead in “investing” in employer JobKeeper hand-outs?);
to laying the vast majority of our vaccination eggs in one A-Z basket – and
the subsequent “over-promising PR : and under-delivery” dog’s breakfast made of that?
Credit where that’s due, surely?
Instead of trying to smear the “merry band of state decision-makers” too – in some sort of mitigation exercise?
Surely this has been a “national emergency” which meant it should have been handled at a national/federal responsibility level?

… How about a piece on the dross of “Shredderjiklian’s Gold Standard Covid Handling” – as opposed to a week or so ago – or is that the sort of “politics”/nit-picking you don’t want to see?

Turns out, there is so much shouting and finger pointing from the murdoch press that they now believe in their own made up stories. Vaccination is on track and we’re ramping up, gold standard, no need for lockdowns because of the best contact tracers in the world, the whole saga around Dan Andrews including a porkie about his fall, even people from the abc believed it (citing a credible source), hotel quarantine is 99,9% effective and bugger the consequences. It’s so bad it’s not even amateurish, it’s much much worse.

Welcome to Australia…. Anyone who has been away and returns to work in Oz notice how ‘skip’ management is always ‘reactive’. Why? Afraid of taking initiatives, planning, upsetting power, then avoiding and nullifying workplace representation, hence, you wait to be told, then react…. similar in many less developed economies and autocratic nations; ‘just following orders’.