Last night, a series of court documents was released including Kate’s full statement alleging the 1988 Sydney rape as well as a full transcript of Kate’s high school friend Jo Dyer’s interview with Four Corners. But why now?

Note: this article includes discussion of sexual assault and suicide.

Minister for Industry Christian Porter has previously fought tooth and nail to keep many of the details of the allegation of historic rape made by a woman known as Kate secret. Porter strenuously denies the allegations against him.

Late last night, a series of court documents including Kate’s full statement submitted to NSW Police in 2020 (which was provided to Crikey in March of this year) detailing the alleged 1988 Sydney rape was released. Also released was a full transcript of Kate’s high school friend Jo Dyer’s interview with Four Corners journalist Louise Milligan last year.

The documents were released on the first anniversary of the day Kate took her own life.

Porter’s legal team didn’t argue against the documents being released. It’s in stark contradiction to his since discontinued defamation case against the ABC where, as part of the settlement, the parties agreed to have chunks of the ABC’s defence removed from the Federal Court file.

So, why wouldn’t Porter’s legal team contest the full police statement and Dyer’s interview being made public?

Why let it out?

Firstly, much of the information was already out there. A letter outlining Kate’s allegations was circulated to politicians in late February (an article outlining the letter was the subject of Porter’s defamation case). Crikey detailed her police statement on March 1. She alleged that during a debate trip in Sydney in 1988, when she was 16 and Porter was 17, he raped her twice at her lodgings at The Women’s College at the University of Sydney Newtown campus after a night out with other students.

When outing himself as the cabinet minister at the centre of the allegations on March 3, Porter said the allegation “simply did not happen”.

By mid-March The Australian’s Janet Albrechtsen and Peter Van Onselen (who is a friend of Porter’s) published Kate’s diary extracts, photos of which were submitted with her police statement. Their decision to do so was criticised by sexual violence advocates.

“I cannot think of anything more foul and unethical than a journalist publishing the traumatic diary entries of a woman who suicided after accusing his *friend* of violently raping her. And then goading readers to conclude that said diary entries must raise doubts about her allegations,” journalist and advocate Jess Hill said at Sydney’s March4Justice rally. 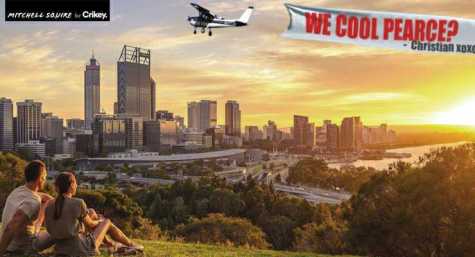 Secondly, in both Dyer’s interview and Kate’s statement, both are open about Kate’s struggles with mental health. She previously had an eating disorder, and struggled with mental health issues resulting in her being admitted to psychiatric hospitals several times across her life. Kate believed these issues to be a result of the alleged rape.

Mental health issues are a common outcome following an experience of sexual violence, as is substance abuse. In one study, 45% of survivors of sexual assault reported having a drinking problem in the year before the survey. Despite this being a common result of trauma, mental health struggles are often used to discredit survivors.

Finally, it could all be about controlling the narrative. Despite ongoing proceedings by media outlets such as News Corp to have documents from the defamation case (including the ABC’s truth defence) made public, they remain secret. Affidavits and entire pages of information remain redacted, including the affidavit of Kate’s former boyfriend James Hooke who previously told Crikey he had “clear recollections of relevant discussions” he had with Porter and Kate would like to share them with an independent inquiry into Porter’s suitability to hold the role of attorney-general. (Porter was moved to the industry and technology portfolio during a cabinet reshuffle in March.)

Allowing some information to go public, while restricting others, could drive news without revealing new details.

Was there any new info?

In short, no. While both the police statement and transcript go further into graphic detail about the alleged rape than media coverage did, nothing new is revealed. In Dyer’s interview, she discusses why she believed Kate, and how she first found out about the allegation. Dyer had not seen the police statement before being interviewed by Four Corners.

Also released was a series of text messages between Dyer and ABC reporters Peter Cronau, Annabel Crabb — who also knew Kate — and Milligan. Crabb, who didn’t work on the Four Corner’s story, wrote Porter was a “strange dude”.

“It’s really coalescing with the stories of those [former High Court Justice Dyson] Heydon women just fading away out of the law… leaves me with such a boiling sense of rage and grief,” she said.

Will we ever know more?

The documents were submitted to the court for a side case in Porter’s defamation proceedings against the ABC where Dyer successfully applied to have Porter’s lawyer, Sue Chrysanthou, removed from his legal team, given Chrysanthou had previously given Dyer legal advice.

The defamation case was settled in early June with the ABC paying $100,000 to cover Porter’s mediation costs and adding an editorial note to the story. ABC reporter Louise Milligan maintains Porter tried to settle the case twice previously while Porter called the settlement outcome a “humiliating backdown” for the ABC.

Unless News Corp and Nine are successful in their bid to have more court documents released, the only other way the public could know more is through the ongoing coronial inquest into Kate’s death, or through a parliamentary inquiry into Porter’s suitability to hold office — though previous attempts to establish the inquiry have been shot down. 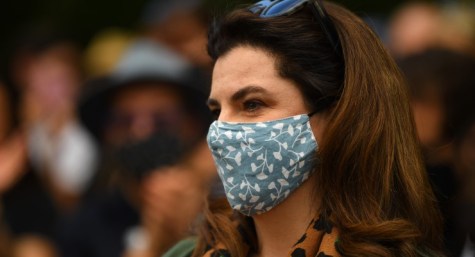