The first independent assessment of the trade deal with the UK shows it's "negligible" at best.

We’re not allowed to have a Productivity Commission assessment of Scott Morrison’s managed trade deal with Boris Johnson and we can’t trust Foreign Affairs and Trade officials to either negotiate in the national interest or properly mark their own homework, but we do know what economists at the Moody’s ratings group thinks about it.

In a note in a weekly credit update, Moody’s looked at the deal and concluded “the economic impact of the trade deal is negligible” and translated into “less than a pound per person each year”, though there were reasons to suspect the “benefits” wouldn’t even be that great. From an industry point of view? “The benefits are similarly underwhelming”.

Much has been made about the impending onslaught of cheap beef into the UK market. In 2019 the UK imported around 1766 tonnes of Australian beef and veal, equivalent to 0.6% of all beef and veal imports. Under the deal, quotas will limit the amount of Australian duty-free beef exported to the UK for 15 years, with a maximum amount of 170,000 tonnes permitted at year 10. Based on current levels, this would represent 54% of all beef imported by the UK.

But growth in Australian beef is likely to go to regional markets closer to us first. “Australian exporters garner higher prices for their beef products in countries like South Korea, Japan and the US. Also, Australian beef exports recently dipped because of drought conditions. Such conditions are expected to occur more regularly in the future and could restrict exports.”

The only important trade deal for post-Brexit Britain, Moody’s argues, is with the US, and that’s not coming anytime soon under Joe Biden. 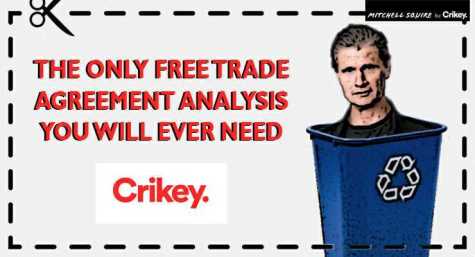 This is why the Coalition has refused to ever let the Productivity Commission (PC), or any respected independent body, near its trade deals to examine them properly: the actual benefits are trivial at best. And as the PC likes to point out, any “modest” benefits (its term) from them are often swamped by extra paperwork required to meet bureaucratic country-of-origin requirements for accessing the deal.

“Given the trivial economic impact of the UK-Australia free trade agreement, we won’t be updating our growth forecasts for the UK economy,” said Moody’s. Ouch.

Let’s hope Morrison had a nice meal with Boris over the signing, because that’s about the only thing anyone will get from it. 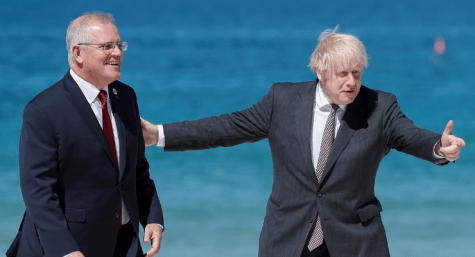 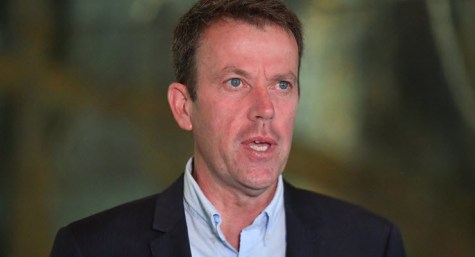 Morrison is a lazy provincial mouth-breathing neophyte when an issue involves some small print.

My comment comes into context and relevance with this subject matter in the above, as to how much of the above is affected by the L/NP treacherous plotting.
Are we in Australia safely confident that no bastardy has been installed in today’s electoral commission?
Meanwhile, despite the AEC Act 1918 https://www.legislation.gov.au/Details/C2019C00103
external to Australia electoral influences are being permitted to boost the evil L/NP.

Yet the latest read is that… providing that the external influence has registered itself in Australia… that then permits that external influence to slither into Australia to boost the Scomo mob of lurchers, spielers, L/NP grovellers, and their like.

This sort of treacherous undertaking was the gutter tactics that a John Howard would engage in.
Bad enough that Eric Abetz would scout around the religious crank outfits and cultists E.G. Exclusive Brethren, the Scientologists and other pretend religious cults, Abetz offering some form of Federal funding, (usually funding the schools of the aberrant religious cults, even the like of the hypnotized Hillsong cult, to support the slimy workings of the Howard regime.

So, it is important to learn of the stinking election tactics that only an L/NP party would sink… to in order to retain the leadership purse-strings.
Only an over-educated fool would trust an L/NP party around election times.

Selective
Reply to  William B

Great post, and all those cults enjoy tax free status. It’s a gravy train of such monument it’s almost unfathomable. The Hillsong cult has moved it’s HQ to America, a trillion dollar industry. While the usual orthodox denomination cults/religions are getting more far right to grab the customers of the evangelical business entities are snaffling – the Catholic bishops in America anxious to keep up the cult members numbers and thus their drive to deny Biden ‘Holy’ communion.

Really? FTAs normally cost us much more than that.

Recall the claims for the US-Australia FTA of 2004.

Phil Scanlan, the founder of the Australian American Leadership Dialogue, claimed:
“The agreement with America puts us on the road to greater economic prosperity, writes Phil Scanlan.
“The free trade agreement with the United States is an act of strategic engagement by Australia that is long overdue. It represents a step towards a systemic bilateral economic partnership with the globe’s most dynamic, competitive and technology-driven society.
“The ultimate prize through the construction of a two-way economic freeway between Australia and the US is the transformation of a 20-million market population into one of more than 300 million. Australia’s perennial problem of being a relatively small economy will be resolved. The great opportunities of the future lie with the smaller- and medium-sized enterprises bound for the global market.”


Results as at 2010? It halved the differences between our drug prices and those (much higher) in the US, at a total cost to us of $30 billion. Since 2004, manufactures exports to the US increased by about half a billion dollars (prior to the “Buy American” steel protectionism), but US exports to us increased by five times that amount.  Our exports of unprocessed and processed foods have fallen, despite the usual worthless promises of major improvements in access to the American market for our beef and agricultural products.

Yes, we may gain nothing from the FTA, but what do we give away? ISDS provisions anyone? We are the rubes in the international trade game, returning home from selling our cow to get a handful of magic beans.

ISDS provisions first signed in an FTA by Abbott, who regarded this nation as a colony of his beloved knights and dames overlords.

Every time there is one of these “Free Trade Agreements”. The Government does a dance, makes an announcement about how great they are, but after a while you soon discover all the hype was just that.
There is no such thing as a “Free” Trade agreement. Every Country is going to look after itself first.

In the case of Australia and FTA’s there is no looking after our nation, it’s all about looking after corporate oligarchs, especially Murdoch.

G7 seemed more important for Morrison’s media team as an opportunity to promote and reinforce Anglo links with the mother country.

While Australia’s trade with the EU and the UK is not that significant compared with our northern, SE and Asia Pacific region, the EU is far more important than the UK, but that does not fit with the NewsCorp/IPA nativist libertarian agitprop.