The government is phasing out the only vaccine that's manufactured in Australia. Health experts suggest it's not a good idea.

Australia is phasing out the AstraZeneca vaccine from September as those over 60 receive their second dose. It’s the vaccine we have in the highest quantities given it’s manufactured onshore — though it’s also the most contentious due to very rare links to blood clots.

Imports of Pfizer doses are expected to reach up to 1.3 million a week in September, and up to 2.3 million by December, while AstraZeneca doses will drop as low as 880,000 by September and given to states based on demand from December (though manufacturing will continue until company CSL fulfils its contract of 50 million doses, CSL tells Crikey).

Around the world, new research has shown mixing and matching vaccines might be the way to go. The UK still allows AstraZeneca for those aged under 40, and German Chancellor Angela Merkel received the Moderna vaccine two months after being given AstraZeneca.

Is the decision backed by science?

AstraZeneca was a free-for-all earlier in the year. By April the Australian Technical Advisory Group on Immunisation (ATAGI) advised those under 50 to have the Pfizer due to the risk of blood clots. Last week that was updated to those under 60 as more data emerged.

But every vaccine comes with risks — mRNA COVID-19 vaccines such as Pfizer and Moderna can cause anaphylaxis, a severe allergic reaction in 2.47 people in every 10,000 people. This morning the US Food and Drug Administration added a warning about rare cases of heart inflammation in adolescents and young adults for the same vaccines.

Sydney University infectious diseases expert Professor Robert Booy tells Crikey he thinks the decision to phase out AstraZeneca was only partially based on science.

“I do think it was influenced by public perception,” he said. “The risk is not just rare, but very rare, and the protection may well be better [from mixing vaccines].”

AstraZeneca was the wrong horse to back

The efficacy of AstraZeneca has been in question for some time, although data varies. Some evidence suggests it has the same efficacy as Pfizer, while new research suggests it may only be 60% effective against the new Delta variant (though this is still effective enough for the World Health Organization to approve a vaccine).

Professor of biostatistics at the University of South Australia Adrian Esterman tells Crikey Australia’s reliance on AstraZeneca wasn’t smart given the way the vaccine works always meant there was a risk of reduced efficacy.

AstraZeneca uses a chimpanzee adenovirus vaccine vector to carry the virus into the human body and generate an immune response. 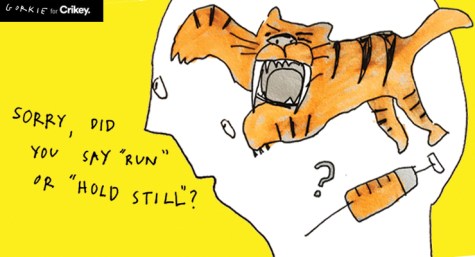 “The trouble is that [when] the body responds to the vaccine, it can also respond to the virus,” Esterman said. “So when you get your second dose in some people it might not be as effective because the body is also responding to the adenovirus.”

Esterman said it was the wrong call for Australia to focus on AstraZeneca. Deals with Pfizer and Moderna came late, the local Queensland University vaccine was abandoned, and Novavax is still in clinical trials.

“Most of the countries have spread their bets and tried to get several … but unfortunately we only had one we could manufacture onshore.”

What will happen to excess doses?

About 6.8 million vaccine doses have been administered in Australia, most of which are AstraZeneca. CSL scored a contract to manufacture 50 million doses of AstraZeneca and has been manufacturing between 700,000 and 1 million doses a week. By December, the government plans to allocate doses based on demand — so what will happen to the remaining vaccines?

CSL tells Crikey it has no plans to pause manufacturing, saying it’s committed to meeting its contracted arrangements with the Australian government. The Health Department didn’t respond to Crikey’s questions by deadline.

Esterman and Booy say the excess doses should be donated — although donating vaccines our government didn’t want to give those under 60 isn’t a good look.

“We’ve used AstraZeneca for millions of Australians and it’s appropriate for us to also supply it to other countries,” Booy said.

“Kneejerk reactions of dumping of vaccines, just because perception is wrong, is not how we make decisions. We should make them based on science.”

Booy wants Australians to donate $10 to UNICEF after they have been immunised to provide a vaccine for a person in a poorer country through the global COVAX program. 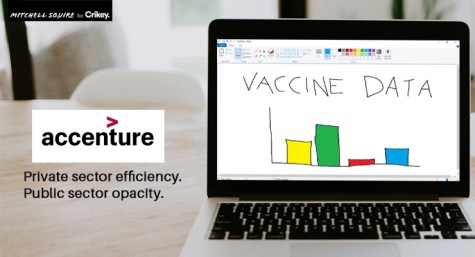 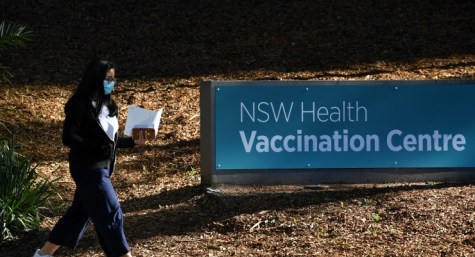 Far too often, we have allowed the media to raise disproportionate fears about non-existent or negligible threats. Cowardice from our leaders is the norm. Instead, we need a national leader who will face the cameras and say something like…

“It is my solemn duty to tell you that Australia is at war. I am calling on all Australians now to roll up your sleeves to protect your elders, your loved ones, your friends, your workmates and the community in general. In turn you will be protected against the main enemy. Yes there is a risk, but your bravery is required to serve the greater good.…”

Too Marxist for Scomo. Community and national welfare are not as important as individual profits and wealth. The Pharisees Christians are in charge.

There is a reason all the vaccines are still registered for ‘Emergency Use Only’, and that’s because none of them have completed clinical trials.

That being the case, there is no way any responsible scientist can assert risks of harm are non-existent or negligible.

In the case of the mRNA vaccines, they are still classified as “gene therapies”. Given how gene therapies act, and on what, to suggest such ‘medicines’ come with negligible or no risks of harm, without the peer reviewed clinical trial outcomes being available is negligent in the extreme.

Further, perusal of the adverse reaction data being published weekly in the UK, points to the risks of varying degrees of harm, caused by a lot more than ‘rare blood clots’.

This site https://swprs.org/ ( Swiss Policy Research) has a lot of information which has been collated & may be of interest to those seeking answers.

Here’s some data for ya:
First dose total 43,448,680
Second dose total 31,740,115
Vast majority astraseneca. Now we have daily cases over 10,000 again due to idiot government, but very few deaths.
376,000 people in UK have had long Covid symptoms for at least a year.You could just walk up now and ask for AZ vaccine

The Pasteur Institute found that a single dose of AstraZeneca would have “little to no efficacy” against the Delta variant.

Have I got this right? ….
“Scotty FM’s skulked into the Casino of the Hereafter and bet our farm on ‘A-Z’ : whilst personally partaking of the “Private Bin Pfizer” at The Bar of Self-Indulgence? …… Now he wants to cash in those chips – he’s lost?”

He’s also a former Chief of Staff in the Liberal party.

Schneemann is one of many health lobbyists to have a rich past in politics.

From 1996 to 2006 he held a number of senior roles in the Howard government, including as chief of staff to former Liberal senator Nick Minchin and former Coalition MP Peter McGauran.

He also held the role of secretary of the joint standing committee on electoral matters and was a director of parliamentary relations at the foreign and commonwealth office.

I see no other reading of the matters of the fact – Scummo, start to finish.

Sorry Amber, you must have missed some of this morning’s news. There are no plans, only Horizons. I presume these “Horizons” (numbers 1, 2 and 3, if I recall) will retreat away from an advancing viewer as have all the horizons I have encountered and indeed much like the LNP delivering on its promises er, Horizons. As a clarification I should explain that these LNP “Horizons” cannot be “Event Horizons”. I am reliably informed that on reaching an “Event Horizon” we will have reached the point of no return but as we all know from bitter experience the LNP never delivers on its promises er, Horizons.

Regarding the statement “The efficacy of AstraZeneca has been in question for some time, although data varies. Some evidence suggests it has the same efficacy as Pfizer, while new research suggests it may only be 60% effective against the new Delta variant (though this is still effective enough for the World Health Organization to approve a vaccine).”

The document that the link takes you to explains “The difference in effectiveness between the vaccines after 2 doses may be explained by the fact that rollout of second doses of AstraZeneca was later than for the Pfizer-BioNTech vaccine, and other data on antibody profiles show it takes longer to reach maximum effectiveness with the AstraZeneca vaccine.” This suggests that the effectiveness of AZ increases to well above 60% with time. (And the figure is for symptomatic disease – the effectiveness against serious disease is much greater, although as of 22 May “There are currently insufficient cases and follow-up periods to estimate vaccine effectiveness against severe outcomes from the B.1.617.2 [i.e., Delta] variant. “)

Australia is phasing out the AstraZeneca vaccine from September as those over 60 receive their second dose.

It should really be noted that the phase out will be after all those who have received their first AZ jab have received their second including those under 60. I know quite a few people who are under 60 and have had one AZ shot with no problems. These people are being urged to have a second AZ shot after twelve weeks.

Add me to that list. I’ve had my 1st AZ shot with zero issues. No issues with having the 2nd AZ shot.