Until just over a year ago, Liberal Senator Claire Chandler never indicated any interest in trans people. But they have since become her political raison d'être.

Last night, the government’s youngest MP appeared at an online event alongside an international anti-transgender activist who has called gender reassignment surgery a “modern-day frontal lobotomy”.

The other speaker was Walt Heyer, an American who de-transitioned from a woman and has since made a career out of promoting the idea that many people who transition regret the move. (Research shows that a minuscule amount of trans people express regret.)

What makes Chandler’s appearance alongside a staunch activist popular with anti-LGBT groups remarkable is that the young senator had, until just over a year ago, never indicated any interest in trans people. But since then Chandler has pivoted to make trans women in sports her political raison d’être.

Trans women in sport is a rather niche issue that affects few people directly and has been around for decades. Many major national and international sporting organisations, including Sport Australia, have established guidelines to support the inclusion of trans athletes and ensure a level playing field.

It has, however, recently become a popular political issue wielded by the right, particularly in the US, pitting trans women as threats to women’s sport.

During Chandler’s stint as federal president of the Young Liberals, her campaign for Parliament and her first year of serving, she showed little interest in sport other than posting on Facebook about attending an AFLW game and event. Her maiden speech doesn’t mention sport, trans people, women or even gender.

Subsequently, Chandler has campaigned hard on the subject. She’s repeatedly used estimates to press government agencies about how they define women, given multiple speeches in Parliament about trans women in sport, and championed a successful motion at this year’s federal council calling on the government to support sports, facilities and services for “single-sex sports”, a definition that excludes trans women.

This same passion has carried over to her social media. Since March 2020, Chandler has posted 55 times on Facebook about trans women in sport, according to social media tool CrowdTangle, and many more times about trans issues — including defending JK Rowling’s free speech after the author made what many felt were transphobic comments. Chandler’s pinned post is a petition calling on Sport Australia to exclude trans women from women’s sport.

This issue seems to be resonating with her followers. CrowdTangle analysis shows that nine out of ten of her top Facebook posts by number of engagements are about trans women.

Chandler was even the subject of a discrimination complaint for her comments on trans women. The matter was dropped after a conciliation meeting and the complainant said they did not have the “legal, financial or other resources” to continue. In a move of political jujitsu, Chandler was able to use this to her advantage, claiming there was a “chilling effect on free speech” — a key message of the right.

A key to understanding why this has become a fixation for the 31-year-old senator was shared in a preamble to a survey circulated by her office earlier this year.

“Too often in Australia, the voices who claim to speak on behalf of women really only speak up for a certain kind of woman,” it says. “But there are women who want to fight for you on issues that matter to real women. Join the movement of mainstream women speaking up for Australian values and what matters to you.”

Trans issues are viewed by conservatives as a weak spot on the left. Earlier this year, Australian Christian Lobby director Martyn Iles — whose group is gearing up for political action — described “the transgender thing” as “where the lie is most fragile”.

Campaigning to deny trans women the same right as other women is an evocative political wedge that’s been a proven culture war winner overseas.

For an early career politician hoping to make a name for herself in a party that’s struggled with women, Chandler has cleverly positioned herself as the future of women in the Liberal Party — a party that has no place for trans women. 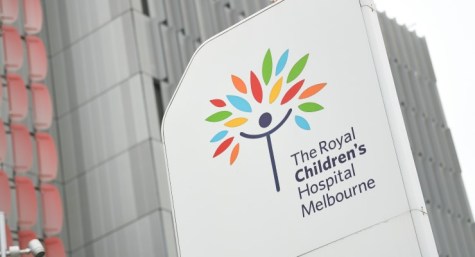 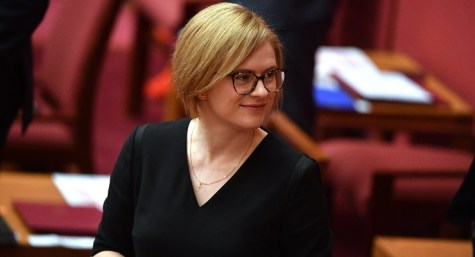 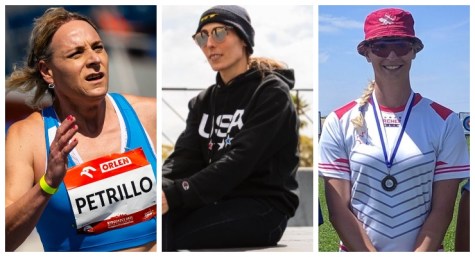 This an interesting amateur timeline tracking conservative/religious thought on the issue through the mid 2010s, and the evolution of the specific feminist gloss people like Claire Chandler smear over their reactionary outlooks: https://chican3ry.medium.com/gender-ideology-up-yours-470575a5311a

Reminds me of Women Who Want to be Women or WWWW in Qld from early 70s – regressive anti- feminist anti-everything really.
https://espace.library.uq.edu.au/data/UQ_205059/FVF475_W5_1a.pdf

It’s almost sounds as if you are accusing Ms Chandler of deliberately denigrating a fearful and vulnerable minority for naked self advancement, surely not something a follower of Christ’s teachings could ever do. Other than student politics, has this devout christian woman from Erich Island ever had a proper job or anything beneficial for society?

I wonder whether our Prime Minister assigned her the ‘transgender’ Portfolio?

waylaider
Reply to  Terry of Tuggeranong

Wonder if LNP have folio for corruption, dirty dealings, back handed deals along with slimy politicians in there filing cabinet, it would be over filled if so!

Looking for a politician actually interested in helping the lot of the citizens, rather than just indulging in mindlessly destructive wedge politics to consolidate their own career?
Nothing to see here.

I agree that on one level that there is ‘nothing to see here’. On another level, I see an individual elected to our Senate and being paid by us but who is NOT doing her job. The debate about trans women in sport has been a challenging issue for all sorts of reasons (good, bad and biased) for over 40 years so she has a lot of catching up to do on this issue. Is this Senator a ‘single issue’ person? If so she is definitely in the wrong place.

Argentina2021, we are in agreement. When i said “nothing to see here” i meant that if you are are looking for a politician interested in doing good, instead of just being divisive, then you won’t find that good politician here, in this article.

Another holier than thou self righteous loon in the LNP, the.
These slow witted bufoons ought to bow there heads in shame!

Grateful if someone could explain the naming conventions pertaining to trans women and trans men and why labeling is so important to some people and not to others? To a lay person in the field, it could appear that the strictly male and female gender labels, to the extent that they might actually be exclusively accurate, are but passing ships in the night in the transition process. Do the labels refer to the pre or post transition assignments?
After acquainting myself with Tasmanian Liberal Senator Claire Chandler’s opinions, for that is all they are, I was at a loss to understand exactly with what or with whom she was taking issue and why. Is it the humanity, character or belief systems of her fellow human beings, the transition process, the work of SCOVID’s Evil One or her own emotional cum religious, psychological or intellectual flaws she is unwilling or unable to come to terms with?
It seems we are fighting the equivalent of an ongoing racism war bourne out of fear of difference, bigotry or self assessed biological superiority.
Members of any democratically elected Parliament, in particular, should be better than this or are they committed to representing only those electors who conform to their personal belief system and limited horizon for human engagement.
Where are we headed for? The lair of SCOVID’s Evil One?