Four simple rules for writing about ‘weird and wonderful’ Australia

When writing about this fair country, journalists of the world like to stick to some well-worn clichés and stock phrases. Here's a quick guide to the rules for reporting on Oz.

Australia is rich fodder for international journalists seeking to flex their creative writing muscles and get all their clichés and hyperbole out in one go. While the day-to-day of Australian politics isn’t weird and wonderful enough to make international headlines, our fires, floods and animal plagues certainly do.

There seems to be a specific set of rules international journalists follow when reporting on Australia and, after much investigation, we’ve managed to boil them down to these big four.

In Australia, everything is biblical. In fact, the evidence is mounting that the Bible was actually set in Australia. There’s no such thing as a small-to-medium natural disaster here — floods, droughts and animal plagues all happen in “biblical proportions” — the Queensland floods, the heat and drought, the mouse plague — you name it, it’s comparable to an event from the Bible.

Of course, the holy trifecta occurs when they all happen at the same time. Take this recent Washington Post interactive guide on the mice plague in NSW:

Even COVID-19 took on biblical characteristics that it wasn’t demonstrating elsewhere the moment it set down on Australian soil, if this op-ed in serial-offender The Washington Post is anything to go by:

“In the Old Testament, the Bible recounts the 10 Plagues of Egypt, disasters inflicted by God to force the Pharaoh to release the Israelites from slavery. In the past few months, Australia has been forced to endure plagues of its own, afflicted with terrifying bush fires, drought and smoke pollution that choked the skies. Now, the emergence of a global pandemic feels very much like another plague lapping at our shores after the summer that destroyed so much.”

Rule #2: Our animals are either cuddly or terrifying — and there’s no middle ground

If you’re writing about Australian animals, you must feature a deadly crocodile, a venomous snake or even “the angriest octopus” (who “lashed out” at tourists on a beach, of course).

Don’t worry about the fact that Australians are more likely to get killed by a horse or a cow than any other animal — that’s boring. Your animal piece must be about either: a really obscure reptile that the average Australian will only ever see once in their life at the zoo; or any creepy crawly that appears en masse — take a look at this Washington Post article about a town “caught in webs of thousands of spiders” for inspiration.

If deadly animals are off the cards, you may also write about koalas and how Australians like to hug them, such as this article by HuffPost reporting on the Australian government being accused of being too obsessed with hugging koalas. (Side note: this piece was actually filed under “Weird News”, not “International News”, “Australian News” or even “Environmental News”.)

Nothing makes Australians feel more comforted as the nation floods or burns than hearing that the area of land destroyed was the equivalent of a small European nation. “Lucky,” we think, “if we were in Estonia our whole country would be burnt down. How great we have so much land to lose!”

Make sure to pick a reasonably prominent European country (so, not Estonia) — such as in an article by Reuters describing Australian floods covering an area the size of France/Germany. This is perfect: not one but two extremely well-known countries that couldn’t stand the might of an Australian disaster.

This one in The Guardian, which states that “a total of 4.9 million hectares — an area larger than Denmark — has been destroyed in the state during the nationwide fire crisis”, is great, because northern Europeans normally one-up us.

Please don’t compare area size to the US or China (it makes us feel inferior).

Rule #4: Where possible, remind white Australians of their convict past

Despite Australia having the oldest continuous civilisation in the world and, more recently, being known as an incredibly multicultural society with citizens coming from every nation under the sun, it’s vitally important to always mention Australia’s convict past when writing about the country.

No one can escape this, not even the prime minister, highlighted by The New York Times on his recent trip to the G7 summit: “More than two centuries after his ancestor was cast out of Cornwall for stealing and sent to Australia with hundreds of other convicts, Scott Morrison returned to the area on Friday as prime minister of Australia.”

Extra points if you can add in some colour by noting the tiny misdemeanour for which their ancestors got forcibly shipped to another country. In the case of Morrison’s family, it was stealing a “five pound and a half-weight of yarn” — guess even his ancestors enjoyed spinning. 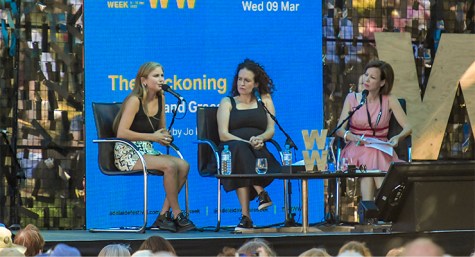 ‘How can words change the world?’: in a garden by the Torrens, answers blossomed 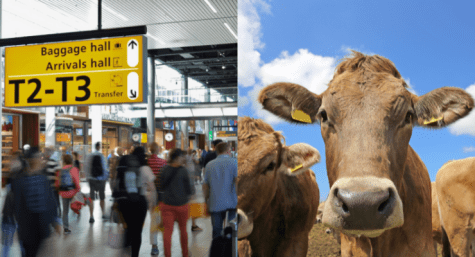 Foot and mouth disease fragments have been detected in Australia. Here’s what you need to know 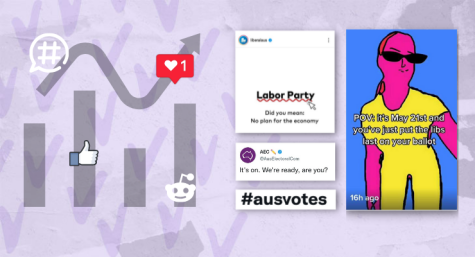 This is confined to “international journalists”?

“Put a few prawns on the barbie” (not the doll, of course) was an infamous Tourism Australia campaign via Paul Hogan. Now I am going off to munch on an Anzac (the biscuit) while I watch reruns of ? Time for a bit of bemusement.

Morrison’s ancestor was transported for stealing a bit of cloth so what would Scomo and Frydenberg get today for stealing billions of taxpayers’ money to give to their rich mates.

I think there are two categories missing – based on working overseas for a substantial amount of time over the past 15 years and rarely seeing Australia covered in the news other than as a strange aberration – possibly from another planet.

One extra category is the ‘cute Australian animal story’ made even better by strangeness. Think stories about kangaroos hopping down urban streets. A variant is the emotional cute story with a touch of disaster – think the firefighter giving the koala water. That was well covered in Australia – but it also went just about everywhere around the world.

The other is our politics – in particular our political parties habit of knifing Prime Ministers. That gets quite a bit of coverage of ‘they really did that .. and how often!’ type. There is also a degree of wistful ‘if only-ness’ to the discussion. Particularly noticeable in the UK, but people in other countries fantasise about quicker methods of turning over Prime Ministers or other leaders. They have not learned from the Australian experience that the change usually only has limited impact in the real world.

It irritates me when they have to explain that so many gigalitres is so many olympic swimming pools or so many Sydney harbours or a weight has to expressed in so many jumbo jets.