The demolition will soon begin on the Australian War Memorial, to make way for a celebration of white nationalism.

This week the National Capital Authority (NCA) — a federally appointed body that oversees the “Commonwealth’s interests and intentions for planning, designing and developing Canberra and the Territory” — signed off on what is called the “early works” of the government’s half-billion redevelopment of the Australian War Memorial (AWM).

The NCA is chaired by Terry Weber, a Liberal donor appointed by the Abbott government. Dennis Richardson, the long-time national security bureaucrat and supporter of the prosecution of Bernard Collaery and Witness K, is also on the board.

The description “early works” — with approval for the main part of the project still to come — is entirely misleading. This won’t be moving a carpark or knocking down some trees (though plenty of mature trees, a key part of the setting of the AWM, will be knocked down). It will include the demolition of the Anzac Hall, opened in 2001 to great delight from both memorial visitors and architects.

That is, the NCA approved knocking down a major part of the AWM before it has even considered — or received the application for — what is intended to replace it. Along the way, it ignored the several-hundreds-to-one ratio of submissions against the demolition. 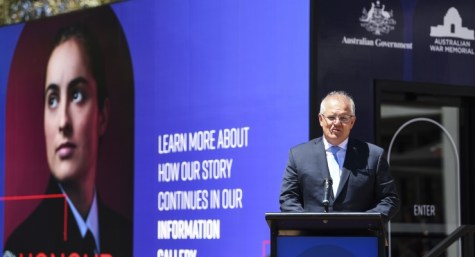 Signed off by a Liberal-appointed NCA, the War Memorial expansion — initiated by former senior Liberal Brendan Nelson — is being driven by the now Liberal-controlled War Memorial Council. The council is chaired by Liberal supporter Kerry Stokes, with Stokes executive James McMahon, Josephine Stone (wife of former Country Liberal leader Shane Stone; she insists her appointment has nothing to do with her husband), and Tony Abbott all on the board.

The primary goal of the expansion — the bland corporate ugliness of which can be seen in a “fly-through” to the ever-more-triumphant strains of Waltzing Matilda — is to house an expanded array of military hardware. That’s been peddled by Nelson and others as some sort of tonic for PTSD for veterans. It will thus transform what is a unifying place of remembrance and commemoration into what former chief of defence force Chris Barrie calls a “theme park”. As Barrie observes, the transformation into a theme park will destroy the AWM as a place of remembrance.

Beyond turning the AWM into just another entertainment option in the “cool capital”, the reliance on military hardware will also complete the transformation of the memorial into a celebration of militarism. As a memorial, the AWM has always been undermined by its refusal — which Nelson was steadfast in maintaining — to accept that the European invasion and occupation of Australian, and Indigenous resistance to it, forms a crucial part of Australia’s military history.

The limited “colonial” section of the AWM’s website devotes nearly as much attention to the role of Australian-based British troops in killing Maori in the occupation of New Zealand as it does to Australia’s frontier wars, prosecuted, the AWM tries to point out, not by regular military but settlers and police. For a place termed a “memorial”, it’s a fascinating example of forgetting — on par with the government’s refusal to properly fund the National Archives, which could do a huge amount with a tiny fraction of the half-billion being wasted at the AWM.

To fully play its role as a genuine, unifying place of commemoration and reflection, the AWM could have embraced its duty to tell the full story of resistance to invasion and occupation as the founding moment of sacrifice and valour in post-invasion Australia, and to recognise that the majority of Australia’s military history — the frontier wars, the Boer War, World War I, Vietnam, Iraq, Afghanistan — is about the projection of imperialist projects here and abroad.

But by ignoring the frontier wars and fetishising military hardware — doubtless sponsored by the memorial’s array of defence manufacturer partners — the AWM instead goes in the other direction: glorifying Australian militarism as a vehicle for imperialist ambition, of our own and on the part of our imperial overlords.

This goes beyond the Liberal project, under way since the Howard years, of seeking to co-opt the Australian military and aggression abroad as a prop for domestic political purposes, with the relentless insistence that Labor was “soft on terrorism” and anti-American, and into something bleaker.

The AWM will become a theme park of white nationalist aggression against non-white people, of our constant militant hostility to the “other” in lands unrelated to our interests — Turkey, Vietnam, Iraq, Afghanistan. Never mind the war crimes; check out that jet fighter overhead.

But the ultimate act of white Australian aggression against our own First Peoples (in a conflict yet to be resolved by treaty, unlike the conflict we participated in across the Tasman) will remain ignored.

Maybe things would be different if there was some large piece of colonial-era military kit that could be put on display in the new, improved display hall.

And above all, to repeat Barrie’s point, we will lose a place of remembrance. In the demolition of the Anzac Hall, we can survey more damage from yet another culture war. A place that should unite Australians will henceforth always divide us. 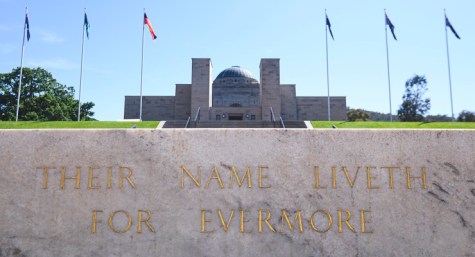 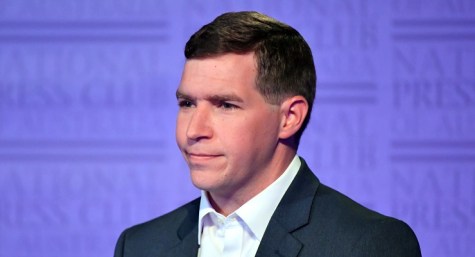 In the land of San Domingo, lived a man called Oh By Jingo.

No longer a Memorial, it will become a Museum.

No! It is a memorial to the war mongering white Imperialist in Australia. Before you get your knickers in a knot I do go to museums to view military hardware and enjoy the learning process.

But this proposal is an insult to the sacred remembrance of my extended family, mates and friends.

Most Importantly “Less we Forget”, or have we already forgotten.

601 submissions to the NCA re the proposed “Early Works” (read irreparable destruction asap to ensure the latte-sippers can’t stop us): 3 in favour, 598 against or unclear.
Where are Hartcher et al when a country merits excoriation for its utter absence of democratic processes?

If these figures were a Newspoll on the government’s popularity there would be a 180 degree turnaround.

Ah, that will come.

As Snowwhite sang to the Dwarfs, aka the ‘Labor’ Opposition.

Right wingers never learn. all beating the drums of war to keep their obscene funding levels increasing. Glorifying war is one of their most heinous crimes . . .

On the contrary, the right knows full well the electoral advantage of beating war drums for a khaki election.

Absolutely agree, BK – and with Chris Barrie’s descriptor of theme park. It is an appalling waste of $498,000,000 to destroy the memorial aspects of a national building that should be contemplative.

Pity there’s no Jack Mundey – led BLF in the ACT who could slap on an effective green ban on this execrable project.

The Unions have long been tamed and the Labor Party in other times would have been called traitors to. the class it is supposedly representing.