The Federal Court has ruled Greenpeace did not infringe trademark laws when it used AGL's logo in its satirical advertising.

Energy giant AGL has been thwarted in its legal bid to stop Greenpeace using its logo. Yesterday Federal Court Justice Stephen Burley held the environmental advocacy group’s campaign — which used AGL’s logo and described the company as Australia’s “biggest climate polluter” — did not infringe trademark laws, and only infringed copyright laws over three social media posts, and some photos and placards.

It was a big loss for the energy giant whose request for damages was also denied.

Greenpeace senior campaigner Glenn Walker tells Crikey the judgment was both a PR disaster for the energy company and an important precedent that clarified how advocacy organisations could use satirical materials.

“This is a really important victory for free speech, and it’s a huge PR backfire for AGL, because it just drew more attention to the fact that they’re Australia’s biggest climate polluter,” he said.

Greenpeace started an advertising campaign targeting AGL over its alleged greenwashing and attempts to represent itself as a renewable energy powerhouse earlier this year. Ads featuring the AGL logo, accompanied by the words “Australia’s Greatest Liability”, were central to the campaign. A Greenpeace report published in May based on information from the clean energy regulator found AGL was responsible for 8% of Australia’s total carbon emissions.

AGL did not see the funny side, launching legal action last month over the use of its logo. It was probably the only plausible legal avenue open to it to stop Greenpeace using the logo, and even then it was likely a case of “pushing shit up a hill”, says Crikey’s legal affairs columnist and Marque Lawyers managing partner Michael Bradley.

AGL had already failed once, at a preliminary hearing, to get an urgent injunction blocking Greenpeace from using the logo.

AGL’s lawyers told the court Greenpeace’s use of the logo represented “a clear intention to harm the brand”. Greenpeace argued its use of the logo was protected under “fair dealing” sections under the Copyright Act, which allow material to be used for criticism, review, satire and parody.

The materials Burley said did infringe copyright laws were related to protest, falling outside the scope of the protection, but Crikey understands they amounted to about 1% of Greenpeace’s campaign and involved some banners and social media posts, which Greenpeace is reviewing.

Burley held Greenpeace’s use of the logo was for a satirical or parodic purpose: “The ridicule potent in the message is likely to be immediately perceived.” He concluded that while the material held AGL up to scorn and ridicule, it did so largely within the manner protected by the fair dealings sections of the act.

“Any damage caused to AGL by the campaign is caused by criticism of AGL as a corporate entity, on environmental grounds,” Burley said.

A spokeswoman for AGL said the company welcomed the court’s rulings restricting certain uses of its logo by Greenpeace.

“As we’ve always made clear, this legal action was about the integrity of how our brand is used,” she said.

“We regularly engage with Greenpeace to discuss their concerns and acknowledge the important role activist organisations play in holding organisations and governments to account.”

Greenpeace general counsel Katrina Bullock described the result as a landmark case, and a win for freedom of expression in Australia.

“Today’s legal victory is good news for charities, advocacy organisations, satirists and anyone else who seeks to rely on the ‘fair dealing’ freedom of speech safeguard in the Copyright Act to criticise, review, satirise or parody powerful corporations,” she said.

The Coalition’s looming push for a well-ordered internet

US renews secret push to impose its failed copyright regime 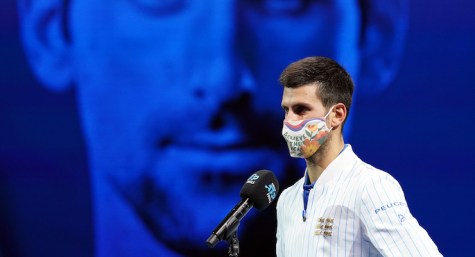 As Djokovic hearing unfolds amid streaming fails, reactionaries flock to the tennis star’s cause

So just like Porter vs the ABC, both sides in this case claim they won?

Thank you, Kishor. I was delighted when I saw the news yesterday. You have explained it in a more detailed way. i have a bit more hope.