How has a successful global crime sting led our befuddled prime minister into thinking Australia is incapable of protecting its national security?

When Scott Morrison took the podium to tell the world about Australia’s role in an audacious international crime sting, he also took the opportunity to play politics.

The prime minister, flanked by the Australian Federal Police commissioner and a representative for the FBI, didn’t let the truth get in the way of an attempt to wedge his opposition on national security.

Morrison spruiked three bills before the parliament as necessary for Australia’s border security, and pointed his finger at Labor as an obstacle to their passage: “It’s time that these three bills get bipartisan support through the parliament so the commissioner and the other commissioners around the country can better do their jobs.” 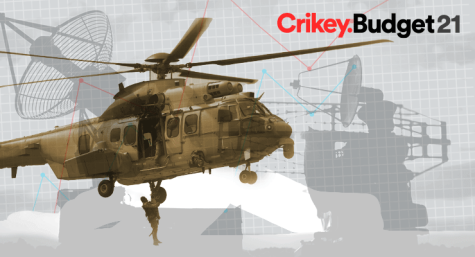 But all these bills aren’t opposed only by Labor, as claimed by Morrison. They have raised concerns on his own side of politics as well.

The Telecommunications Legislation Amendment (International Production Orders) Bill 2020, which would allow Australia to share surveillance data with other countries, has been given the tick of approval from the bipartisan parliamentary joint committee on intelligence and security pending proposed changes agreed upon by Labor and Liberal committee members.

The Surveillance Legislation Amendment (Identify and Disrupt) Bill, which gives new surveillance warrants to law enforcement agencies, is still being reviewed by the committee — again, not an issue of a lack of partisan support.

The air and transport security bills before parliament do not have bipartisan support in their current form. Labor has indicated its support but wants the government to include stricter restrictions on foreign crews.

Morrison’s rather obvious lie was quickly called out. Labor Senator Kristina Keneally, who sits on the bipartisan committee, tweeted: “Mr Morrison this morning flat-out lied about national security. He sees everything through a political lens. He’s playing games with national security.”

The takeaway from an incredibly intricate and sophisticated years-long operation was, according to Morrison and law enforcement representatives, that Australia was somehow still not adequately equipped to protect national security.

Their solution? As ever, a continued expansion of the surveillance state and a further erosion of Australians’ privacy. 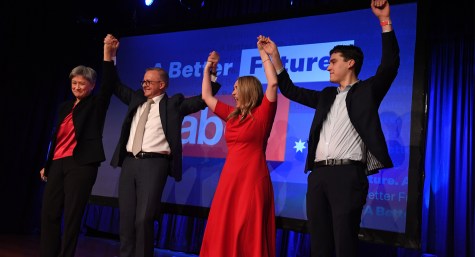 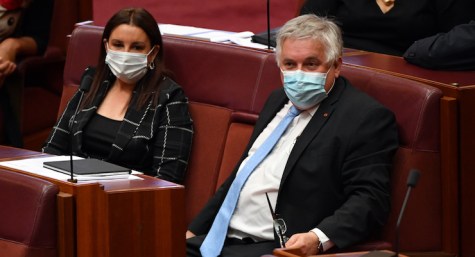 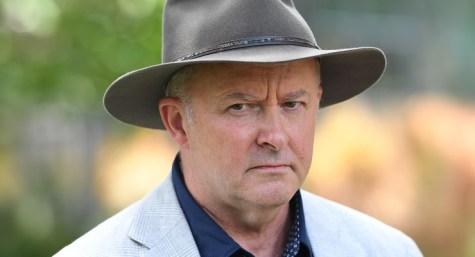 Labor won the final parliamentary weeks. Does that even matter?

Well done by the AFP. Now they can get back to the primary task of protecting Coalition politician from public scrutiny.

Who leaked the ‘top secret ‘Wilkie’ document to Andrew Bolt?

banMorag
Reply to  Terry of Tuggeranong

If not Lord Bunter the Downer hissownself (as I believe – there was only one copy signed out of the ONAnists file registry at the time, to him) then it can only have been his ambitious staffer, who ran with Blot at the time and is now a senior Minister.
Blot crowed “I have read the only secret report Wilkie ever wrote and it is worthless…” – he has repeated that claim several times since then, most recently last year yet has never been charged with receiving purloined state secrets.

Maybe this sting is why it’s taking so long for Brittany Higgins’ rape to be investigated. They can’t walk and chew gum.

The smirk on Morrison’s face tells us all we need to know about this shameless piece of political theatre. And to think security deemed Huawai a threat. It is clear there was no back door for our government to exploit in that technology.

I’m not sure the smirk shows us anything in particular, because it’s always there.

What is it about the LNP and smirking. Every time I see one I want to slap the smirk off their faces. Angus Taylor is another prime smirker. You know what they’re thinking “I’m so much smarter than you.”

Smirko is behaving just like those in the early Church when it was SOP for those early Fathers of the Church, Eusebius, Clement , Jerome, John Chrysostom, to all be adept at justifying deceit/lies for the good of the poor sinner.

And now according to the theology of the Lying Nasty Party are we not all sinners?

John Chrysostom for example, John of the Golden Mouth, given the name as he was so eloquent in his preaching. He is also credited in the leading the mob which carried out the second and final destruction of the Temple of Artemis, one of the Seven Wonders of the Ancient World,

…For great is the value of deceit, provided it be not introduced with a mischievous intention. In fact action of this kind ought not to be called deceit, but rather a kind of good management, cleverness and skill, capable of finding out ways where resources fail, and making up for the defects of the mind …

…And often it is necessary to deceive, and to do the greatest benefits by means of this device, whereas he who has gone by a straight course has done great mischief to the person whom he has not deceived…
Chrysostom, Treatise On The Priesthood, Book 1.

So when we think of Spin Doctors let us recall those early ones they who set the standard, The Doctors of the Church.

So the politicization of the AFP continues. At least Angus Campbell had the decency to leave the podium when Pyne started talking politics at a military press conference https://www.abc.net.au/news/2019-03-28/defence-chiefs-desert-christopher-pyne-in-press-conference/10949250.

We wished the ALP would actually not support eroding our liberties.