The ‘new’ Medicare. Are planned adjustments something to be scared of? A GP offers his view

The Medicare Benefits Schedule Review Taskforce's changes are set to come into effect in July — but could they prove harmful to bulk-billed patients?

Medicare changes that adjust how surgical procedures are defined will come into effect on July 1. The Medicare Benefits Schedule Review Taskforce recommended the changes and the Australian Medical Association is not happy, saying they’ll “cause chaos for patients”.

So, is this a routine, prudent update to Medicare, or a disaster that will harm patients? It depends who you ask.

Doctors are tradies. They sell parts and labour to the patient at whatever price they see fit. The patient receives a fixed rebate from Medicare to cover part of the cost. Bulk-billing refers to the scenario whereby the doctor agrees to sell his or her labour for the price of the Medicare rebate — the middle man (ahem, patient) is cut out and the doctor takes the payment directly from Medicare, which is billed in the form of an item number.

Let’s say the average GP sells a standard consultation for $75 and it lasts 15 minutes. The Medicare rebate is $38.75 and the patient is $36.25 out of pocket. If the GP bulk-bills that consultation, they are taking a 48% pay cut, although if the GP sees two patients in that same 15 minutes, and bulk-bills them, they’ll receive $77.50 and come out ahead.

So, when a doctor is bulk-billing there’s a financial incentive to see more patients in less time and that is exactly what has happened in general practice, to the point that it has a name — “six-minute medicine”.

Life in the fast lane

Bulk-billing general practices usually operate under the six-minute business model, which aims to see the most people in the least time. This provides the bulk-billing GP with an hourly wage equivalent to their private billing colleagues at no out-of-pocket cost to the patient. Everyone wins!

There is, however, a hidden opportunity cost of more referrals, imaging and pathology tests that may have been avoided had the doctor spent more time in the initial discussion and examination. These costs are borne by the patient, the taxpayer and the public hospital clinics clogged with potentially unnecessary referrals.

The changes from July 1 deal mostly with abdominal and orthopaedic procedures. Surgical Medicare rebates are slightly different to those for GPs in that they’re largely defined by what’s done, rather than how much time is spent. Unlike general practice, surgeries can be billed to private insurers, which loosely mirror Medicare in their definition of procedures.

Consider a person who needs their appendix removed and the surgeon is bulk-billing the procedure (or “no gap” if billed to an insurance fund). Currently there are different item numbers the surgeon can bill to Medicare depending on whether the surgery is done by laparoscopy (keyhole) or open incision. This will change so that regardless of which method is used to remove the appendix, the amount paid is the same.

Other changes coming into effect aim to prevent surgeons from co-billing procedures that would have been done incidentally. For example, there’s currently an item number for diagnostic laparoscopy (keyhole procedure to look around inside the abdomen). If you’re doing a laparoscopic appendix removal, then technically you’re looking around inside the abdomen and can bill for that, but really you’re just there to remove the appendix. Now, you can’t bill Medicare for both at the same time. The bulk-billing surgeon is now receiving less payment than under the status quo.

Doctors want to help the hip pockets of their patients but not at the expense of their own income (excepting the Australian-of-the-year types) and the changes to Medicare will likely insult the current surgical business model. And we’ve seen in general practice, this will go one of two ways: either patients will have to pay or surgeons will act on the incentive to do more procedures, faster. The latter would come with an opportunity cost, at best to the taxpayer and at worst to the patient.

Mitchell Squire is a GP practising in Sydney.

Mitch makes pictures for the internet as a substitute for screaming into the void. He hasn't given up his day job. 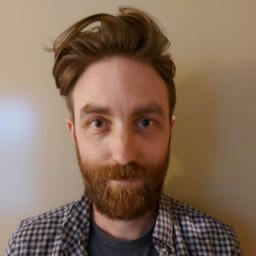 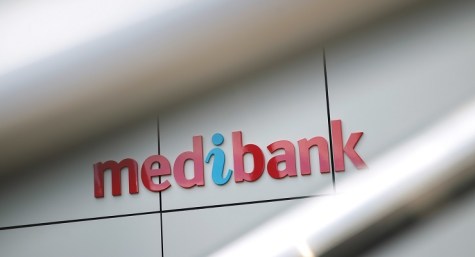 Tackling health waste is about more than ‘a few bad apples’ 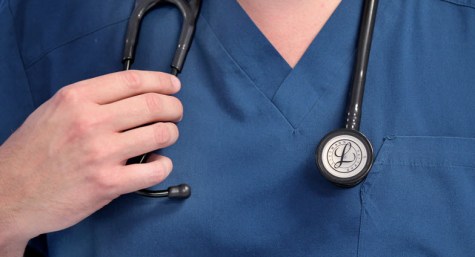 Fee-gouging medical specialists must be brought to heel

Under the six-minute business model, “There is, however, a hidden opportunity cost of more referrals, imaging and pathology tests that may have been avoided had the doctor spent more time in the initial discussion and examination.”

… and on top of that, unnecessary tests create risks of iatrogenic illness for the patients, with all the costs, distress and injuries associated. All entirely avoidable.

Yes and MRI’s save spines, brains and lives…. 2 MRI machines in Townsville this week; both privately owned and provided to private patients; the bulk of patients and citizens have to travel 1000 km to nearest MRI ( often sick ) These can be funded by a one off application for financial relief to travel 1000 km…. The system is bent and fact is the biggest investment is in Australian’s burgeoning private system… America here we come… But hey the talk fest and conversations with the so called medical expert panels and paid for advocacy think tanks travels on

Also worth bearing in mind that while some doctors are losing money because of the Medicare changes, other doctors will be making more – page 29 of the Health Portfolio Budget Statements has a few examples (https://www.health.gov.au/sites/default/files/documents/2021/05/budget-2021-22-portfolio-budget-statements-budget-2021-22-health-portfolio-budget-statements.pdf). But you don’t hear the doctors talking much about those things.

Of course doctors don’t want to help patients at the expense of their own income:
The taxation statistics showed surgeons had the highest average income – $394,303 – (ABC News today)
We can’t expect them to live on less than that, can we?

Compare that to the Treasurer on about $500,000 access to the government jet, phone, cars or the Prime Minimal also on about $500,000 plus house, car electricity, phone and servants. Very generous superannuation.

Now explain to me how the politicians get regular pay rises and get to jet around the place, while we have to decide whether to charge full price for a surgery a poor person needs.

Gross income is not the same as taxable income. Surely the doctor doesn’t pay tax on the receptionist’s salary?

The small GP owned practices are pushed out by big PHarma fact; the above is a rare scenario due to the fact the big pharma own the lot and feed back into scam but hey this is another bent version of capitalism; more like crony cartels IOI

Be afraid, be very afraid.The Tories hate Medicare with every fibre of their collective bodies, and this could be the start of underminding it before its complete abolition.Remember the old adage, Satan Never Sleeps.

Nothing the Limited News Party does is ever positive for the normal citizen.

The MBS has long needed updating in terms of reflecting modern procedures and treatments. I don’t have a problem with that (though it did piss me off when I had to pay the full whack for a knee MRI after the meniscus split because the GP referred me rather than the specialist – thanks to a previous recommendation of the same task force). What I have a problem with is the review not doing what was urgently needed and that is honestly re-evaluating the cost and value of treatments and procedures and recommending increases to the Schedule fees to bring those fees into the 21st century as well. It is not OK for the MBS to set the Schedule fee for a 20 minute GP consult at $38.75 when it should be, say $75, to more properly reflect the cost of providing that service plus the value of the medical professional’s expertise. Leaving it to punters to stump up these ever growing gaps is unacceptable.
The 1.5% levy hasn’t been increased (for Medicare purposes) since July 1995. So it’s not surprising the current MBS fee for a standard hip replacement is just $1359, with a 75% benefit/rebate of $1019.25? No wonder there’s a minimum out-of-pocket expense of $500 for those insured who have this procedure in the private sector. You can bet the true (and fair, as negotiated) amount payable by insurers to orthopods for a hip replacement would probably be closer to $3000 which would also be closer to the true value of the procedure.
The 1.5% levy should be increased as a means of paying medicos properly for treatments and procedures and reducing or eliminating gaps.