The current pay structure at SBS means foreign-language journalists face a pay gap and glass ceiling that their English-language colleagues do not.

SBS staff are pushing for changes to a system they claim has historically limited the pay of staff producing foreign-language news compared with journalists producing English content.

The Media, Entertainment & Arts Alliance (MEAA) has launched a campaign to give staff a greater say on a review into the broadcaster’s classifications, a system that determines how staff are paid.

The MEAA says the organisation’s structure has allowed staff at the SBS’s audio and language content unit — which creates news content in 68 languages, including dedicated radio programs and online content — to be paid less than their news and current affairs peers who produce English language content. They say this gap has existed for decades.

“Union members at SBS have been pushing for years to fix the broken pay system which puts a glass ceiling on the pay that foreign-language journalists can get for their work,” the website reads.

Crikey spoke to current SBS staff who have worked or are working in the audio and language content unit. They say that working in these roles means consigning yourself to lower pay and fewer opportunities for career advancement. 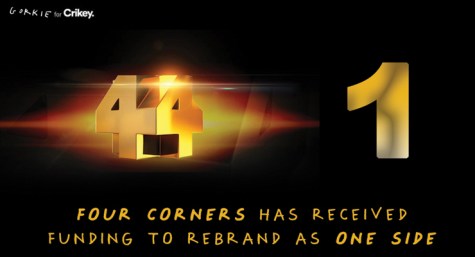 Each of the first three levels of broadcaster, broadcaster/journalist and journalist are placed on the same bands (and therefore the same minimum salary): listed as $59,736 for level 1, $78,033 for level 2 and $84,461 for level 3 in the first year of the agreement.

The agreement also includes a journalist level 4, which has a minimum salary of $103,907, a significant jump from the level below. This is described as someone who exercises “the highest level of skills and responsibility”.

There is no equivalent for broadcaster/journalist or broadcaster, meaning no ALC staff member could be paid this much. Some ALC staff believe there are staff at this level of skill or responsibility but they’ll never be classified as such due to the structure.

A rationale for the differentiation has been the different kinds of work being done. One staff member told Crikey they believed there was an effective pay gap, but that was justified by different types of work being done by those working on foreign-language radio programs. Some of the work done by audio and language staff is taking reporting from the English newsroom and translating it for rebroadcasting to their audiences.

Other audio and language staff spoke about doing original reporting, seeking out alternative voices for stories that speak their language, and generally having to make high-level editorial decisions in their role. They argued this work is not recognised by SBS in the same way.

One issue complicating the push for higher classification of some roles is this variety in the output across similar roles in the section.

Each language has a different number of staff, decided in part by the number of people speaking the language in Australia. For example, the Greek radio program has more staff than the Tigrinya show. Shows with fewer staff have less time to do original reporting.

Particularly for languages with fewer staff, the limited number of roles means there’s little opportunity to advance. Many senior staff have been in their roles for long periods. A more junior staff member may have to wait years to progress.

SBS staff tell Crikey that moving to the English newsroom is viewed as a better career move.

Current audio and language staff were reluctant to speak, fearing possible repercussions for their careers. Australian journalism jobs in many of the languages spoken at the SBS are few and far between.

The union hopes that the current classification review will address these issues.

“We are now in the midst of a review — won by union members — which seeks to change this. We hope it will result in a fair workplace for all staff,” MEAA media director Adam Portelli said.

SBS confirmed to Crikey that the review of the classification structure was under way. It acknowledged there were “inconsistencies” in the current system — including the lack of a corresponding level 4 classification for audio and language content staff — but denied there was a wage gap.

“ALC journalists at SBS are paid competitively and in line with their counterparts in other divisions. Any assertion that they are not paid equally and competitively is not true,” it said.

The SBS did not respond to requests for information that could provide insight into the pay of its staff, including a comparison of average pay or a breakdown of the number of positions at each classification level for audio and language and news and current affairs staff.

It also denied accusations from the union that some staff were not being consulted.

“This review has included extensive consultation with staff across the organisation, including ALC, and consultation remains open for all staff,” it said. 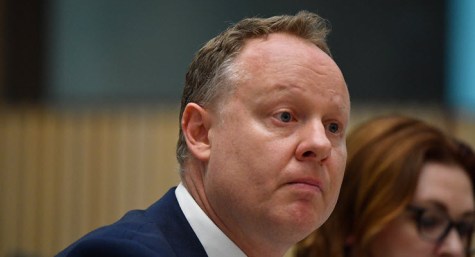 Commercial TV ahead in political news but ABC trusted more

I’d suggest that the white nativist libertarian LNP, which has already made SBS anodyne like the ABC, would like to stop all non English broadcasting, merge them and/or be more like PBS in the US with corporate sponsorship and oligarchs on the board….

On the other hand while the LNP/IPA encourage antipathy towards the ABC and/or SBS, many regional voters including NESB lap up both the ABC and SBS, for being trusted on their content.