Good morning, early birds. An ABC spokesperson has denied “pulling” an upcoming Four Corners episode examining the relationship between Scott Morrison and a QAnon conspiracy theorist, and the government has reportedly pledged $200 million to the construction of a 500-bed Victorian quarantine facility. It's the news you need to know, with Chris Woods.

An ABC spokesperson has denied “pulling” an upcoming Four Corners episode examining the relationship between Scott Morrison and a QAnon conspiracy theorist, with Guardian Australia reporting that while the episode was bumped from Monday after being “upwardly referred” by news director Gaven Morris to managing director David Anderson, sources expect it will still air at a later date.

This comes after sources told The Sydney Morning Herald that the episode, by investigative reporter Louise Milligan, was originally planned to run in May and has been approved by both the corporation’s legal department and head of investigations.

Four Corners’ questions were put to Morrison’s office earlier this week, which later called Morris about the matter as well as Christian Porter’s decision to cease defamation action against Milligan and the ABC over their report into a historical, denied rape allegation.

Morrison’s office has maintained a policy of silence on his relationship with local QAnon proponent Tim Stewart since revelations by Inq and Guardian Australia in late 2019, a silence that continued up to and including when US adherents stormed Capitol Hill in January.

News of Porter’s decision to drop the suit has seen Anderson recalled to Senate estimates, which he will face on Monday, as well as unsubstantiated cries of anti-Coalition bias by several MPs. Liberal powerbroker Michael Kroger’s subsequent demand that chairwoman Ita Buttrose step down has since been dismissed as “disrespectful” by the ABC board.

Separately, The Australian ($) reported yesterday that Anderson apologised to Porter over tweets by Milligan and executive producer Sally Neighbour announcing the news. This is after the publication reported ABC lawyers apologised to the Federal Court over Neighbour’s message ($) without including the ABC’s denial the two were related.

PS: According to The Age, the ABC is separately set to ask the government for a $90 million funding boost to create more local dramas, children’s content, and specialist programs rather than accept a proposed obligation. For context, the Abbott-Turnbull-Morrison governments have subjected the broadcaster to relentless inquiries and, by next year, will have gutted it by a total of $783 million.

According to both The Australian ($) and Guardian Australia, the Morrison government has pledged $200 million to the construction of a 500-bed Victorian quarantine facility, likely at Avalon. According to a memorandum of understanding sent ahead of today’s national cabinet meeting, the agreement would require Victoria to pay for the costs of operating the centre.

However a sticking point has emerged over how the facility will be run, with Victoria preferring to use the facility for high-risk travellers currently housed in hotel quarantine while the Commonwealth wants it to be used for expanding the capacity to take on returning travellers on top of the existing system. Construction is expected to commence by September, with an opening set for January.

The news comes after Victorian health officials reclassified two COVID-19 cases as false positives, which epidemiologists speaking to the ABC argue could mean Melbourne exits lockdown earlier than expected, while the New South Wales government has extended stay-at-home orders for travellers from Victoria as new exposure sites are revealed on the South Coast.

Elsewhere, business support grants went live yesterday as the Morrison government announced means-tested payments of $500 or $325 for people who have lost more than a week of work due to lockdown, while the Renters and Housing Union is continuing to push the state government for another eviction moratorium.

Finally, The Age reports of a push by the Australian Medical Association to fast-track Pfizer vaccines into general practices amid a growing shortage in Victoria post-immunisation blitz, while, in the latest vaccination controversy, the Morrison government paid consultancy firm McKinsey Pacific Rim $660,000 to advise on the rollout but got an eight-page summary of global vaccine development and no “specific advice”.

We have been unequivocal in our support for the Callide workforce and the restoration of Callide C to its full operational capacity.

The Greens political party has zero credibility on energy policy ever since they voted against significant reforms in the Australian parliament that would have decarbonised our economy.

Queensland’s energy minister rejects a proposal by the Greens to replace the recently-exploded Callide C coal-fired turbine with a big battery and worker-transition plan because of uh something the federal party did almost a decade before they even had a state MP.

“Up to 1000 Afghan translators and support staff who helped Australian troops during the war face a devastating future as Western forces withdraw later this year. With the country on the brink of chaos ahead of the Western withdrawal, and with the Taliban already surging, translators and other staff have targets on their backs.

“But just days after Britain announced a new plan to accelerate the repatriation of Afghan staff following the withdrawal, Foreign Minister Marise Payne confirmed at Senate estimates that there was no new approach from Australia to bring locally engaged employees in Afghanistan here. Now, the Morrison government is under fire for not doing enough to assure their safe resettlement in Australia.”

“The now-standard criticism of the Morrison government is that all it does is issue a press release, and never actually delivers. In relation to Phase 1a — the top priority group in the government’s only priority for this year — this is literally true: the Phase 1a rollout was announced, but there was never a plan to deliver any vaccines to the majority of the people in Phase 1a. The media release was a lie, from a government that lies incessantly.”

“The federal government has revealed rules requiring aged care workers to work at a single site during COVID-19 outbreaks do not apply to agency staff, including labour hire contractors and emergency workers — a large portion of the aged care workforce.

“The single site guidelines have been heavily criticised for not going far enough to mandate privately owned facilities ensure staff work only at one site to limit the spread of the virus. After introducing the rules at the height of Melbourne’s lockdown last year the government later withdrew them. The measures were reintroduced last week — after greater Melbourne was declared a hotspot.”

‘You can see the tails’: bloated cod regurgitate mice amid Australian mouse plague

Tasked to fight climate change, a secretive UN agency does the opposite

Renewables dominate investment, but needs to triple by 2030: IEA report

Grattan on Friday: Bringing Scott Morrison to heel — Michelle Grattan (The Conversation): “Scott Morrison operates on former Labor powerbroker Graham Richardson’s well-tried ‘whatever it takes’ principle. ‘What it takes’ in the COVID era is never-ending public money and policy flexibility. We’ve seen both from the Morrison government. It also takes highly competent implementation, of which we are not seeing enough at the moment.”

Joe Biden meet and greet is the biggest show for Scott Morrison ($) — Greg Sheridan (The Australian): “Scott Morrison will meet US President Joe Biden in person for the first time at the G7 summit in Cornwall. It will be Morrison’s most important meeting as prime minister so far. He did exceptionally well in New Zealand to inject something approaching a strategic backbone into the Kiwi discourse on Beijing, with Prime Minister Jacinda Ardern identifying Wellington with Canberra on China policy. Because of COVID, Morrison is travelling less and has to be selective in what he does.”

Greens are right: Exploded Callide turbine should be replaced by a big battery — Giles Parkinson (RenewEconomy): “In the interminable madness of Australia’s debate about energy politics, it has taken a Greens member of state parliament to cut through and demonstrate an understanding of technology and economics that appears beyond the major parties. Queensland state Greens MP Michael Berkman said on Wednesday that the idea of spending hundreds of millions of dollars on replacing the destroyed coal power unit — as proposed by the state-owned CS Energy, and eagerly supported by both Labor and the LNP — was nuts.” 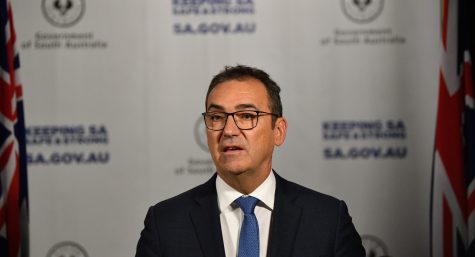 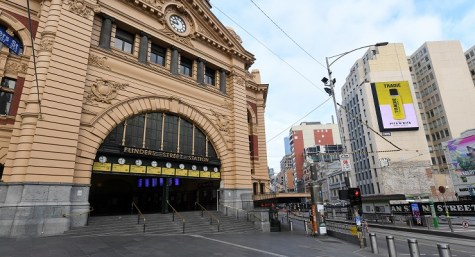 “According to a memorandum of understanding sent ahead of today’s national cabinet meeting, the agreement would require Victoria to pay for the costs of operating the centre.”

Yet again avoiding its constitutional responsibilities?

“News of Porter’s decision to drop the suit has seen Anderson recalled to Senate estimates, which he will face on Monday, as well as unsubstantiated cries of anti-Coalition bias by several MPs.”

Is it anti-Coalition bias to criticise the LNP in government?

If the ABC is being critical of this government, as it has of other governments in the past, then it is doing its job.

It is not the ABC’s fault that Coalition types are so thin skinned.